He got involved with the Language Movement in 1952 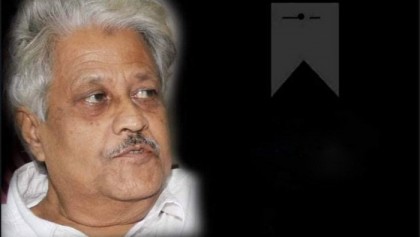 Edu official caught in the act by ACC

All Rangpur arson offenders to be hunted down: Minister

“The rest are being hunted down by members of law enforcement agencies,” the home minister informs journalists

In a condolence message, the Prime Minister recalls with profound respect the contributions of Taslimuddin to the field of journalism

Opera House to be set up at Hatijheel

US to provide $47 million more for Rohingyas in Bangladesh

Two leather estates will be set up in Ctg, Rajshahi: PM

The theme of the show is "Think Ahead, Think Bangladesh"

Signal 1 at ports as depression develops over Bay

The Commission will work for the peaceful use of atomic power in the areas of food, agriculture, health, medicare, environment and industries

“The rest of the spans will also be installed gradually,” the minister says while addressing a discussion at the Jatiya Press Club

B’desh in crisis over providing humanitarian aid to Rohingyas: PM

“The present situation is very much worse comparing to any other time of the past,” the premier says

According to a statement, the Myanmar military has made clear it has no intention of ensuring accountability

No slide in law and order situation: Home Minister

Replying to a query over the attack on the houses Hindu community in Rangpur, the minister says the mobile phone set of Titu will be examined

2nd span of Padma Bridge to be placed soon: Quader

The first span of the 6.15-km bridge was installed on September 30

From Dhaka, Margot Wallstrom will travel to Myanmar capital to attend Asia-Europe Meeting

The deceased is identified as Farid Uddin, 22, son of Shamsul Haque, of Patgram upazila

Be aware of fake police

Statistics updated till September, the number of internet users has reached nearly 8 crore in the country, according to a press statement of BTRC