Ahead of the International Day for the Elimination of Violence against Women, the UN expert issues a statement 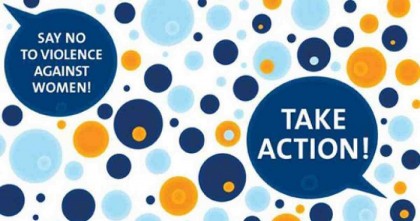 Woman held in city for ‘spreading rumour on 'facebook’

The arrestee has been identified as Mahzabin, 28, wife of Mohammad Riasat

Brac official, 2 others killed in road crashes in 3 districts

In Naogaon, a Brac official was killed in a road accident on Patnitala-Mahadebpur regional highway in Patnitalaupazila headquarters

Atal Bihari Vajpayee was admitted to AIIMS with a kidney tract infection and chest congestion on June 11, died on Thursday

All deceased hailed from Sandwip of Chattogram

Vajpayee, also a senior BJP politician, passed away at All-India Institute of Medical Sciences (AIIMS) in New Delhi on Thursday at the age of 93

“His (Vajpayee’s) contribution to the development of this region will ever be remembered with due respect,” the President says in a condolence message

On August 12, students seeking quota reform threatened to go for tougher movement if their three-point demand is not met by August 31

A total 2,954 spots have been designated this year in 11 city corporations of the country for slaughtering sacrificial animals during Eid-ul-Azha

Nazrul Islam made secretary to PMO

The disappearance of coal came to light on July 22, when a team from the Power Development Board visited the coal mine

The killer bus could not be detected yet, says the assistant police superintendent adding that highway police are deployed to find him out

'No dialogue with political parties ahead of elections'

Sarwar breathed his last around 9:25 pm (BST) on Monday while undergoing treatment at Singapore General Hospital at the age of 75

The Industries Minister is expected to return home on August 18

Sarwar breathed his last around 9:25 pm (BST) on Monday while undergoing treatment at Singapore General Hospital at the age of 75

The deceased is identified as Rohan Islam Abid, 9, son of Afzal Hossain and a class I student of Kids University School

Golam Sarwar, Editor of Bangla daily Samakal who passed away in Singapore on Monday, will be buried at the Mirpur martyred intellectuals graveyard

One of the arrestees is identified as Jahir Ahmed, a listed drug trader of Teknaf while the identities of the others could not be known yet

The deceased were identified as Al-Amin, hailing from Sadhurgaon village in Biswanath upazila and the helper Samsuddin, 17

Golam Sarwar to be buried at martyred graveyard

He breathed his last at 9.25pm (Bangladesh time) at the Singapore General Hospital where he was being treated for various ailments

The victim is identified Eva, 11, a student of Mohipur High School and daughter of carpenter Ismail Hossain of the village

The party arranges a milad mahfil at the party's Nayapaltan central office around 11:30am on the occasion

A special munajat is offered seeking eternal peace of the departed souls of Bangabandhu, Bangamata Fazilatun Nesa Mujib and other martyrs