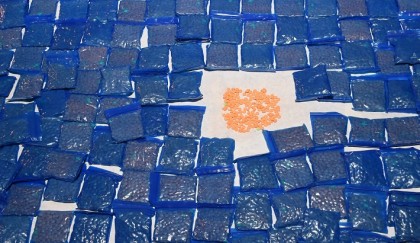 BNP to be in forefront of ‘Greater Unity’ movement: Nazrul

The petition also seeks formation of a caretaker government

Earlier, Sheikh Hasina left London on Sunday evening on her way to Dhaka from New York after a week-long official visit to the United States

Joy rules out opposition claims on state of democracy

“Worse, the BNP appears poised to turn its back on the elections again this year. It has again threatened to stir civil unrest and violence,” Joy says

Obaidul Quader says BNP and their allies' demand should be forming a neutral Election Commission, not neutral government

CCTVs to be installed for monitoring roads

BNP Secretary General Mirza Fakhrul Islam Alamgir, who presides over the rally, also spells out 12 visions of the party

The victim is identified as Saidul Haque, 28, son of Khatib Uddin of Baganbari Harinmari village

Though BNP chairperson Khaleda Zia has been in jail since February 8, the party has made her the chief guest of the rally as a mark of respect to her

The Road, Transport and Bridges Minister comes up with the information while talking to reporters at the secretariat

US wants to see changes to Digital Security Act: Bernicat

Sources at the Fire Service and Civil Defence headquarters control room says the fire originated at around 9:30 pm

14-party alliance to stay in field until next JS polls: Nasim

The President, also the Chancellor of the university, urges all concerned not to use education as a commercial commodity

'Journos need not to worry about Digital Security Act'

Iqbal Sobhan makes the remark at a view exchange meeting with Awami League leaders, activists and journalists in the circuit house in Tangail