The newly appointed Ambassador of Switzerland to Bangladesh, Ms. Nathalie Chuard, presented her credentials to the President 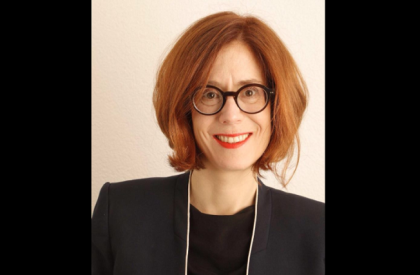 Tenant beaten to death by house owner in Fatullah

Seriously injured Sirajul succumbed to his injuries on Friday afternoon

Immediately after his demise, people from all walks of life as well as different political parties and leaders expressed their profound shock

End of a chequered political career

Nasim was a son of Captain M Mansur Ali, a close aide of father of the nation Bangabandhu Sheikh Mujibur Rahman

A total of 3477 members of the Armed Forces Division, including retired and their family members, have been infected with novel coronavirus

The flight will land at Hazrat Shahjalal International Airport at 00:30 am BST on Sunday, said a press release of Bangladesh High Commission London

People in red zones advised to offer prayers at home

The Ministry of Religious Affairs on Saturday issued notifications in this connection, says media report

Sources at the DMCH revealed this information on Saturday afternoon

In a condolence message, the minister prayed for eternal peace of the departed soul and conveyed deep sympathy to the bereaved family

People in red zones to get general holidays

In other places, offices will be operational as per the health guidelines. And public transports will continue

Addressing a virtual press briefing from his Uttara residence, he says Mohammed Nasim is a veteran political leader who was working as the convener of the Awami-league 14-party alliance

Nasim was a fearless fighter: President

Mohammed Nasim: At a glance

Mohammed Nasim, a veteran politician of the country, died on Saturday morning at the age of 72

Mohammed Nasim to be buried at Banani graveyard today

Nasim like his father Captain M Mansur Ali worked for the welfare of the country and the nation until his death following the ideals of Bangabandhu, Sheikh Hasina says in a condolence message

A total of 164 persons were killed in the landslides in five districts including Chattogram, Rangamati, Khagrachhari, Bandarban, and Cox’s Bazar

The deceased are identified as Nayek Abu Sayed, 35 and lance Nayek Abdul Bari, 40

According to civil surgeon office, total coronavirus cases reaches 387 in the district

12 Bangladeshis held over murder of colleague in Malaysia

Mohammad Abdul Lofti, 59, was found dead with head and body injuries at 7 am on Wednesday

The deceased is identified as Arif Hassan, hailing from Abedin Colony area of Kotwali Police Station in the port city

On Friday, Moazzem Hossain Nannu sustained burn injuries in a fire that broke out at his house located at Aftabnagar in the capital

Five more die from COVID-19 in Ctg in a day

Besides, 222 new cases were detected during the period

Former Bangladesh Bank Governor Dr Atiur Rahman says there is no scope to borrow more from the banking sector, the state-run banks can mobilize funds from increased money supply by the central bank

He has been suffering from fever for the last couple of days. But he was tested negative for the COVID-19