“There has been a revolution in the development of infrastructure, food self-sufficiency, reduction of unemployment, agriculture, empowerment of women, ensuring health care,” Khalid said 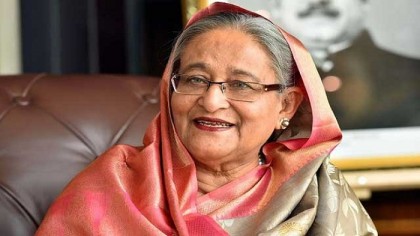 The deceased are identified as Md Jisan, 21, and Russel Miah, 22

The identities of the arrestees could not be known yet

Joy, a computer engineer, has transformed the country into technology-driven economy by making the best use of his academic knowledge

The joint secretary of Naogaon district unit Awami League breathes his last at Square Hospital at around 7:00am

Delhi to handover 10 BG locomotives to Dhaka on Monday

Of the 17 railway projects, according to India, 9 have been completed including supply of locomotives, flat wagons, railway bridges and signaling equipment

Joy, a computer engineer, has transformed the country into technology-driven economy by making the best use of his academic knowledge. He is the architect of Digital Bangladesh

Will try to do better amid corona situation: Health DG

He left behind his wife, three sons, a daughter, and numerous benevolent to mourn his death

To ease the hassle of traders, numerous online cattle markets have started operating

Biman to resume Dhaka-Kuwait flights from next month

A press notification of Biman, the state-owned airlines, on Sunday reveals this information

He breathed his last at Rajarbagh Central Police Hospital while undergoing treatment around 12:45 pm

In the last 24 hours, 81 coronavirus testing laboratories across the country test 10,078 samples

Two of the deceased are identified as Billal Hossain Bhuiyan, 35, and his sister Nipa Akhter, 40, of Pir Jatrapur area under the same upazilae

He was detained by the Operations Intelligence Unit, Malaysian Immigration Department (Immigration) Putrajaya, at 5.45pm yesterday

The fearless members of Bangladesh Army are continuing the fight on the front line against coronavirus amid the risk of infection, setting a shining example of patriotism

Earlier in Saturday night, three compartments and the engine of the Kurigram bound Kurigram Express derailed about 150 meters west of the station around 11:30 pm

On an average around 40 children die from drowning in the country every day making the annual drowning death toll of children almost 15,000

The deceased were identified as Halima and Habiba, two-year old twin daughters of Motahar Hossain of the village

A workshop in this regard was held on Saturday for the officials from the ministry, its different departments and agencies