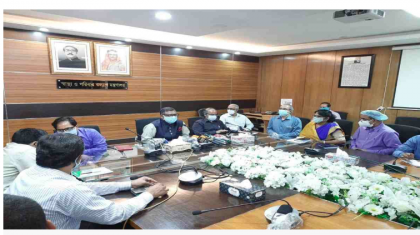 The Greek case is a woman who had been in northern Italy, while France, Spain, Croatia, Austria, North Macedonia and Algeria have all reported cases linked to the country

Specific gut bacteria may be linked to high BP

Gut microbiota are constantly changing, depending on what we eat, our environment and especially our genetic makeup

Virus could trigger global pandemic: WHO

An acceleration of cases in other parts of the world has prompted similar drastic measures. Italy has locked down 11 towns and South Korea ordered the entire 2.5 million residents of the city of Daegu to remain indoors.

In the last seven days, 166 patients, including 33 children, were admitted to the hospital

Scope to contain global spread of COVID-19 narrowing: WHO

US researchers use AI to develop powerful new antibiotic

The strain of the infection in the mice is resistant to all known antibiotics, but a halicin ointment completely cured the mice within 24 hours

Stopping Pneumonia from being a major child killer stressed

A passion outside office is key to mental health

This process, known as diet-induced thermogenesis (DIT), is a measure of how well our metabolism is working, and can differ depending on mealtime

Being overweight and obese increases the risk of numerous physical and psychosocial problems during childhood, including fatty liver disease, Type-2 diabetes and depression

Every child under ‘immediate threat’ from climate, poor diet: UN

Over 1,700 medics infected in China

Ning Zhu, a nurse in Wuhan, the central Chinese city at the heart of a deadly coronavirus outbreak

Belviq is approved in 2012, roughly the same time that a couple other promising weight loss drugs hit the market

No change in coronavirus outbreak despite China spike: WHO

There was also a huge increase in cases, with 14,840 people diagnosed but most of this was down to Hubei using a broader definition to diagnose people

Men who are taller in young adulthood may have a lower risk of dementia in old age, according to a new research

Health Minister Zahid Malik on Wednesday said the government will recruit 30,000 people this year for the health sector

For example, if you quit smoking or start exercising, your partner is close to following suit within a few weeks and months

First vaccine for coronavirus could be available in 18 months: WHO

In the meantime, he tweeted, "there's a lot we can do to prevent transmission and prepare for any further spread"

All medical college, sadar hospitals to get kidney dialysis centres

Coronavirus, cold or flu? How to tell the difference

"Encouragingly, youth are increasingly recognising the negative impact of social media on their lives and starting to take steps to mitigate it," the authors wrote

WHO warns overseas virus spread may be ‘tip of the iceberg’

The SARS-like virus is believed to have emerged late last year in the central city of Wuhan, the capital of Hubei province where millions of people are under lockdown in a bid to stop it spreading

"This is another example where altering the diet can help prevent or treat disease and improve the well-being of the individual,"

Rural health centers come as beacon of hope for poor