Although it is rare for pathogens to live in indoor dust, they can hitchhike into homes and mingle with existing bacteria 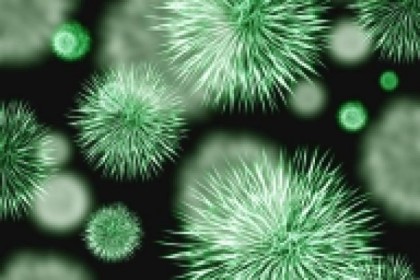 Calls for 'virginity repair' surgery to be banned

Campaigners are urging the government to outlaw "virginity repair" surgery

Immune discovery 'may treat all cancer'

Our immune system is our body's natural defence against infection, but it also attacks cancerous cells

According to the researchers, waist circumference is a more important marker of recurrent events than overall obesity

A few years later, when her niece is in the hospital and needed milk, she learned that donating is possible

Vaccine for coronavirus likely to be ready in 3 months

The researchers moved from obtaining the genomic sequence of SARS virus to a phase-one clinical trial of a DNA vaccine in 20 months and have since compressed that timeline to 3.25 months for other viral diseases

Chinese virus not yet a global health emergency: WHO

"I am not declaring a public health emergency of international concern today," WHO chief Tedros Adhanom Ghebreyesus tells reporters

Coronavirus: All You Need to Know

At least 17 people are known to have died from the virus, which appeared in the Chinese city Wuhan in December

Snakes could be the original source of the coronavirus

A study of the virus's genetic sequence suggests similarities to that seen in snakes, but the origin must still be verified

'No doubt' e-cigarettes harmful: WHO

So-called electronic nicotine delivery systems, or ENDS, have been pushed by producers as well as some governments as a safer alternative to smoking

Israeli researchers have discovered a method to rejuvenate the kidneys, which has the potential to eliminate the need for dialysis

SIDS is the sudden, unexplained, death of an infant under one year of age. Many studies have shown that the risk of SIDS is increased by maternal smoking during pregnancy

Outbreak from new virus rises to 440 in China, with 9 dead

The U.S. and Taiwan also confirmed one case each on Tuesday

The Centers for Disease Control said the virus, which originated in China, had been diagnosed in a US resident who arrived in Seattle from China

China says virus spreading between humans as WHO set to meet

Vaccine for new Chinese coronavirus in the works

According to health official, it would take a few months until the first phase of the clinical trials get underway and more than a year until a vaccine might be available

Immune discovery 'may treat all cancer'

A newly-discovered part of our immune system could be harnessed to treat all cancers, say scientists

Experts in the UK told the BBC the number of people infected could still be far greater than official figures suggest, with estimates closer to 1,700

The data are drawn from more than 5,100 women enrolled in an Australian national health survey

These six Y-chromosome genes are involved in cell-cycle regulation, the failure of which can lead to tumour development

The new cases were identified in the cities of Wuhan, Beijing and Shenzhen

Two people are known to have died from the virus, which appeared in Wuhan city in December

The patient is identified as Rashida, 20, daughter of Md Babul Hossain of Gopalganj district. Babul says his daughter had been suffering from severe fever for the last few days

The statement noted that hookah smoking results in inhaling significant levels of toxic chemicals such as carbon monoxide and particulates from tobacco that can harm blood vessels, the heart and lungs, as well as creating a dependence on nicotine

The patient in Japan, who is released from hospital, had also not visited the market

Be aware of "Hidden Killer" sepsis

It is caused by the immune system going into over-drive. Instead of just fighting an infection, it starts attacking other parts of the body too 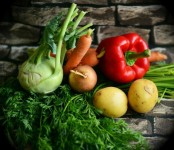 Scientists find powerhouses that fight tumours from within

The discovery is something of a surprise, as an abundance of B-cells in cancer patients has sometimes been seen as a marker for poor prognosis

China: Possible that new virus could spread between humans

Loneliness as Dangerous as Smoking or Obesity, Says Study

Various cold-related diseases have affected 6,197 people across the country in the last 24 hours

The policy estimates that for a child weighing 10 kg, treatment cost ranges between Rs 10 lakh and Rs 1 crore per year, and the cost rises with age