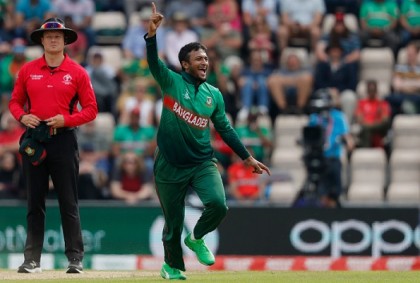 Germany and Brazil roll into the World Cup

Messi, with the score at 1-1, drove his free-kick straight into the wall, booting the ball into the air in frustration as the final whistle sounded

In a match that sees Deschamps' men frustrated throughout by a gutsy Australian defensive display, French pride is only restored in the 81st minute

Referee Cunha from Uruguay did not award a spot-kick but after viewing the VAR footage, ruled it was a penalty and Griezmann gave France a 1-0 lead

Costa finally making himself at home in Spain set-up

Around 400 fans flocked to Argentina’s base camp for the team’s first open training session, each and every one desperate to steal a glimpse of Messi

I am the best in the world: Neymar

Brazil will debut on Sunday against Switzerland in Rostov

Messi to put heat on Iceland as France target Australia

Gudmundsson's first World Cup memory - as a 7 year old - was David Beckham's red card against Argentina in the last 16 in 1998.

Morocco should at least take heart from a blistering first half an hour, during which their zip and zest deemed them virtually unplayable

Despite his incarceration, Lula remains popular and is far ahead in a poll of candidates in Brazil's October presidential election

Salah-less Egypt defeated by 1-0 against Uruguay

That is an extremely hard-fought win for Uruguay, who are traditionally slow starters at FIFA World Cups

Queiroz freely admits Iran are the underdogs of the group

The two-time champions arrived in Russia dogged by poor form, injuries and controversy

Bold predictions aside, on paper France should breeze through a Group C which also features Peru and Denmark

World Cup kicks off in Russia

Excitement has been steadily building in Moscow, with thousands of Saudi fans in green and white arriving in the city for the match

Gazinsky heads into the net in the 12th minute at the Luzhniki Stadium in Moscow, sparking scenes of delight from the home crowd

In his welcome speech, Putin says, “We are sincerely happy to host the World Cup in our country, football is truly loved here”

Achilles, a deaf white cat who is the official animal soothsayer for the tournament, chose a bowl of food bearing the host's flag rather that of Saudi

The 30-minute glittering opening ceremony will begin at 8:30 pm with 500 local performers, including dancers, gymnasts and trampolinists

"All hands on deck to support Messi"

US, Mexico and Canada win joint bid for 2026 World Cup

Lopetegui sacked by Spain on eve of World Cup

In a surprise announcement on Tuesday, Real Madrid named Lopetegui as their next manager to start work after the tournament in Russia

For a variety of reasons, there are many big names who can't add to their legacies at the sport's greatest spectacle

FIFA to choose North America or Morocco for 2026 World Cup