The actor, who was trailing against BJP’s Gopal Shetty by over 1,45,991 votes, said a complaint was filed with the Election Commission in this connection

Critics clapped at the end having laughed throughout, but there were none of the standing ovations at the press preview that sometimes greet films at Cannes

Karisma set to return to acting with web series Mentalhood

I want to start my production house: Katrina

In Coochbehar Lok Sabha seat, Nishith Pramanik of the BJP is leading by 1225 votes against AITC candidate Paresh Chandra Adhikary

Teenage sweethearts, Imran and Avantika tied the knot in 2011

Purnima to start shooting for Gangchil after Eid

The memorial meeting will be held at National Theatre Hall auditorium of Bangladesh Shilpakala Academy on Wednesday at 03:00pm 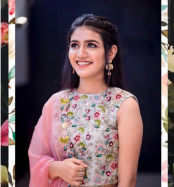 She is accompanied by her daughter Aaradhya, who wore a yellow asymmetrical dress

Last 23 days, Samsuzzaman was kept in ICU at Asgar Ali Hospital in the capital

Unlike many who make it a point to hit back at trolls, Kriti clearly does not get worked up by all the negativity on social media

Prominent singer, composer, lyricist and music director Shafiq Tuhin is the director of the track

Mila’s ex-husband Parvez Sanjari lodged the case under Digital Security Act around 11:00am on Monday

Producers complain against the mismanagement of the film-making industry

When the standard of Bengali lyrics fell, he stopped creating new songs, and it was a really tough time for the lovers of Bengali songs

“Saturday Afternoon” will enlighten the reputation of Bangladesh

Troilokko will be Joya's first work in both Hindi and Bangla

On the work front, Priyanka will feature in Shonali Bose’s upcoming film The Sky Is Pink that also stars Farhan Akhtar and Zaira Wasim in pivotal roles

She breathed her last at a local hospital in Jashore at 8:45 am, says  her son Deepak Ghosh

Akshay Kumar is the biggest prankster in the industry

They spoke about superstition, ghosts and the aspect of mental illness in Bhool Bhulaiyaa. Vidya also discussed her character and co-star Akshay Kumar

After 16 years of interval Ishita resumed her singing Carrier