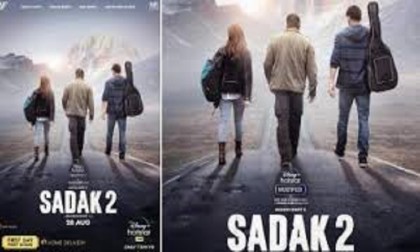 The programme began with a recital of the National Anthem, led by singer Farhin Khan Joyita and with lighting up the candles

The Prakash Kovelamudi-directed thriller, starring Rajkummar Rao and Kangana Ranaut, has been criticised with people calling the title derogatory

Katrina wants to work on an English film

On the work front, she is set to share the screen with Akshay Kumar in Rohit Shetty’s upcoming cop-drama ‘Sooryavanshi’

'Memorable Moment' With Michael Jackson, As Remembered By Manish Malhotra

"Not only did he wear the outfit, he also thanked me on stage at the Bollywood Movie Awards," wrote Manish Malhotra

Suhana is expected to make her Bollywood debut, but dad Shah Rukh says she has to complete her education first

Hamlet to be staged at BSA on Saturday

Hamlet will be staged at the main auditorium of National Theatre Hall of BSA today at 7:00pm

Steven Adler hospitalised after stabbing himself

Steven Adler was fired from Guns N’ Roses in 1990 due to his heroin addiction. He was later inducted into the Rock and Roll Hall of Fame

Kareena is back in Mumbai to shoot for Dance India Dance