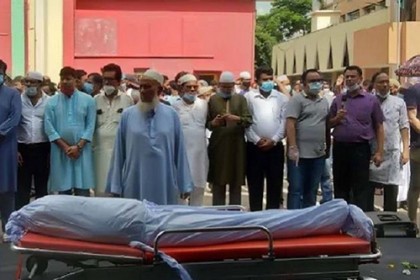 The Sky Is Pink, where Priyanka's co-stars include actors Farhan Akhtar and Zaira Wasim

Actor Ram Charan, who is busy getting ready to resume shoot for SS Rajamouli’s upcoming magnum opus RRR, will make his debut Instagram debut on July 12

The Entertainment Journalists’ Guild of India has decided to boycott Kangana Ranaut, a delegation from the group told producer Ekta Kapoor on Tuesday

In commemoration of World Refugee Day, Permanent Mission of Bangladesh to the UN has recently hosted the screening of a docu-fiction film on the forcibly displaced Rohingyas residing

Lady Gaga heralds the coming of her makeup line on Amazon

If the industry grapevine is anything to go by, Ajith has been paid Rs 100 crore for the three-film deal, reports Hindustan Times

Katrina being offered 40pc more than her fee

The actress-politician accused the duo of showing a “total lack of coordination, honesty and efficiency, ensuring a disastrous outcome”

Talking about her upcoming film projects, Sunny says: “I am part of ‘Arjun Patiala’ and also doing a film called Coca Cola"

'Gully Boy', which features actors Ranveer Singh and Alia Bhatt, is based on the lives of street rappers

Hrithik lends his voice for new song in Super 30

On May 25 afternoon, Mila and Peter planned to burn Parvez’s sexual limb with acid. As per plan Peter bought acid on that evening

The award was introduced since 1991 for the purpose of paying tribute to honest, devoted and intelligent playwrights

An official cause of death has not been announced, but his family released a statement Sunday saying Boyce "passed away in his sleep due to a seizure that was a result of an ongoing medical condition for which he was being treated

Salman to earn Rs 13 crore per episode for Bigg Boss

The upcoming season will last 105 days, and extend to 15 days

The drama ‘Salesman'er Shongshar’ is based on ‘The Death of a Salesman’ by Aurther Miller. Anjan himself composed it. And he is also going to perform in the lead role of Willy Lowman to portray the crises of a lower middle class man

Anushka asks what is the signal for a 4, Twitter can’t stop laughing

Anushka joined Virat during the group stage match between Sri Lanka and India at Headingley in Leeds, northern England on Saturday

Atanu reveals how Jaya came on board for Binisutoy

Jaya can deliver a wide range of expressions — from typical simplicity and vulnerability to strong will, determination and strength of character,says Atanu

Rarang, a Santal word meaning, a call to rise, highlights the life of great Santal leader Alfred Soren who died a valiant death

After attending the wedding celebrations of Joe and Sophie in south of France, Nick and Priyanka headed to Paris to attend Dior’s show at the Paris Fashion Week

Ami O Rabindranath to be staged at Mahila Samity July 12

Prangane Mor, the popular theatre organisations of the country, is going to stage its much-acclaimed…

The story of the drama is based on a play written by noted poet-writer Buddhadeb Basu with the same name. The play ‘Amra Tinjon’ is planned and directed by Bangladesh Shilpakala Academy Director General Liaquat Ali Lucky

Even before the show reached its climax, Noble gets the opportunity to sing the title song of a Bangladesh film named ‘Shan’. This is the first time for Noble to sing for Bangladeshi movie

Both Deepika and Ranbir are currently in a happy phase with their respective partners. While Deepika got married to her long-time boyfriend Ranveer Singh last year, Ranbir recently came back to Mumbai after holidaying in New York with his ladylove Alia Bhatt

Arjun Kapoor and Malaika Arora met Rishi and Neetu Kapoor in New York. The couple shared photos of the vacation on their respective social media accounts

Director Sardar Rokon has already made his mark on small screen by his numerous tele-dramas. He is one of the busiest directors of media industry

Irrfan, Nawazuddin may team up for a thriller

The video shows Gandhi dressed in casuals, enjoying a box of popcorn