Netflix has the most nominations, with 160 in total. It's the second time the streaming service has beaten its rival HBO, which has 107 this year 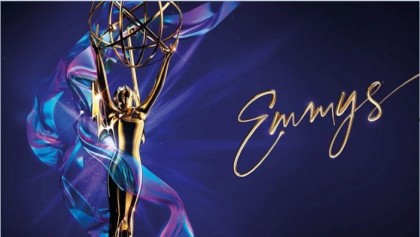 The Dhadak actor was on one of her gym outings and even as cameras clicked around her, she was being followed by a street child

The Dark Knight: themes and analysis

Women need to be empowered by each other: Priyanka

Sunny Leone continues as Most Googled Celeb in India

US mass shootings cancel release of ‘The Hunt’

Universal Pictures says "now is not the right time to release this film" in the wake of deadly attacks in California, Texas and Ohio

SRK on children's Bollywood debuts:‘I should not impose my ideas on them’

Deepika, Priyanka are top 10 celebs in world with fake followers

Katy Perry has 53% of her 83.6 million Instagram followers fake

Jaya, Prosenjit in Atanu Ghosh’s next?

In Mayurakshi, Prosenjit played a middle-aged man, Aryanil, with a history of failed marriages, who visits his ailing father, a renowned historian

Rani Mukerji starrer 'Mardaani 2' to release on due date

Rani is reprising the role of the fearless and committed Superintendent of Police, Shivani Shivaji Roy in Mardaani 2

A number of restrictions and limitations regarding storytelling, narration and character depiction have always been an obstacle for such genre

Shajal has been engaged in the media industry for over a decade. He started his career as a model, but he soon became a popular actor with his performances in TV dramas

The actor, stationed in LA until the end of September, is having a ball shooting for the film

For the first time Jaya to pair with Prosenjit

Miss Universe Bangladesh pageant has opened its door to the most confident ladies of Bangladesh. Registration for this national pageant contest is now open

Jisshu is already shooting with filmmaker Mahesh Bhatt in Ooty

Natalie starrer Lucy in the Sky to release Oct 4

The 71st edition of Primetime Emmy Awards will not have a host, Fox has confirmed, reports The Indian…

I don't care about getting older anymore: Salma Hayek

Angelina wants the world to have more "wicked women"

More than 30,000 people have been infected with dengue virus since January 1