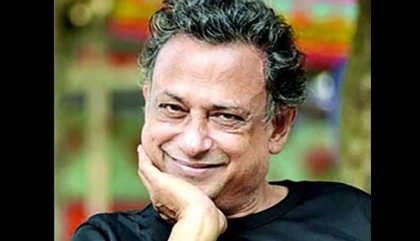 I am the fan of Obaidul Quader: Shakib Khan

Actor Shakib Khan spoke such a way about Roads, Transport and Bridges Minister Obaidul Quader on Monday evening at a five star hotel in the capital

Actress Priyanka Chopra’s 37th birthday, husband and singer Nick Jonas pulled out all stops to throw her a dazzling party

Priyanka Chopra's 37th birthday was something out of a dream. She celebrated her special day with Nick Jonas

Her look reveals possible clues about her character, so if you’re wary of spoilers, proceed with caution

The film will be the first time in Chinese movie history that firefighters as a whole group are in the spotlight, according to the film's official Weibo account

Sonam Kapoor and Anushka Sharma have demanded justice for a dog that was beaten brutally in Mumbai when it tried to seek shelter in a building in Worli during the rains. John Abraham has called for a protest in front of the building

Anushka has Instagram to keep her busy in Mumbai traffic

Mirroring the character she played, Taylor married Wayne Allwine, the voice of Mickey until his death in 2009

Anurag's reply to people trolling their letter to PM

The “Simba” actress was wearing an ivory-coloured trailing lehenga with a buckle, densely embroidered with resham threads and embellished with sequins

By staging of short play, as well as rendition of songs, recitation of poetries and performing of dance the trio were the highlights of the programme

Salman Khan gifts diamond ring to Iulia on her birthday

Jennifer Lopez to play drug lord in The Godmother

Titled The Godmother, the movie will be produced by Lopez, Elaine Goldsmith-Thomas, Benny Medina and Julie Yorn

In a now deleted tweet, the user wrote to Anurag Kashyap that he has cleaned his rifle and shotgun and is waiting to see him in person

Noble: The wonder boy of Sa Re Ga Ma Pa

She would go on perform numerous other blockbuster dances — from “Maahi ve” in Kaante to “Munni badnaam” in “Dabangg” and the recent “Hello hello” in “Pataakha”.

In those six months, Arjun has accumulated dozens of different caps, which he has been wearing out in public

Last month, Ranbir and Alia flew into New York together to be with the Barfi! actor's parents Rishi and Neetu Kapoor

Letter to PM Modi: 62 celebrities hit back against 'selective outrage'

This space drama stars Brad Pitt as an astronaut on a mission to find his father, and to save the earth from a devastating threat

In a video that Shilpa has shared, the fitness enthusiast is seen recreating the iconic Marylin Monroe’s flying dress pose

'Super30' - based on the life of Anand Kumar - is also tax-free in Gujarat, Rajasthan, Uttar Pradesh and Bihar

Directed by Nirmalendu Goon’s daughter Mrittika Goon, the movie has been made on the issue of child labourers. It has been produced with grant from the government

Porshi to sing with Kumar Shanu

A telefilm is being made on the story of the song’s lyrics which is being directed by Shahmir. The shooting will be starting soon, added Porshi.

Salman says no woman has ever proposed marriage to him

The actor has long been rumoured to be dating singer Iulia Vantur, who is often spotted in public with him

The song features the lead pair of the film, Sidharth Malhotra and Parineeti Chopra

Actor Bappy injured during the shoot of ‘Danger Zone’ (Video)

The incident takes place at around 1:00pm when Bappy and actress Joly were taking part in an action scene of a film ‘Danger Zone’ directed by Belal Sunny

39 years have elapsed after the death of this great actor, no one has yet been able to go beyond him

Stationed in New York for over nine months now, he also says that he plans to take a break from New York and visit the Hamptons beach this week

The film also features Alaia Furniturewala, who is making her debut in Bollywood with the film, and Tabu, who plays a pivotal role in the film