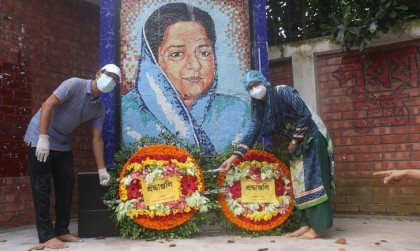 “I will take oath, if they request (those who cast their votes in favour of me) me," Nur says

Anindya Mondol says, “The results of DUCSU and hall unions are fabricated ones. The university authorities staged a drama in the name of election.”

"The result of DUCSU polls has been declared. We have to go forward in accordance with democratic norms and the constitution of DUCSU," VC says

Nur demands re-election to all posts except VP and SSS

Nur Says, ‘If there had been a free and fair election, BCL wouldn’t have got a single seat in the DUCSU poll’

Out of 13 posts, however, five posts are claimed by Bangladesh Chhatra League (BCL) nominated candidates

Out of 13 posts, BCL swept 11 posts including Vice President and General Secretary, while 2 posts were captured by independent candidates

The declaration was made at the hall premises on Monday evening

Voting in DUCSU polls on Monday

The DU authorities have already chalked out necessary steps to ensure a free and fair election, which is seemed to be a competitive one

Shahana Akthar Emu, a second year student of Sociology of Jagannath University in Dhaka, has been diagnosed with a rare GBS virus

The selected students were asked to complete their admission process by March 19, 2019

Students of a government primary school in Kachua upazila, Chandpur have been attending classes under the open sky for the last few weeks