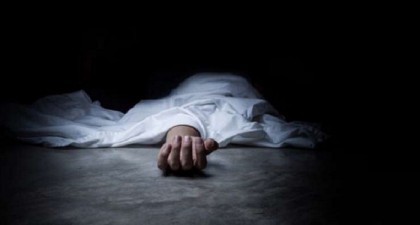 The victim is Sohel Mahmud, vice-president of the city unit of BCL

The constable is identified as Arif Hossain, 25, hailed from Munshiganj district and was appointed in Narayanganj Police Lines

The deceased are identified as Jahangir, 25, son of Mojibar Rahman Kalan, and Saiful, 24, both from Bachhur Alga village in Nakla upazila of Sherpur district

Newly-wed girl ‘kills herself’ in Kushtia

The arrestee was identified as Enam Ullah, 25, a resident of Rohingya refugee camp No 19

The deceased was identified as Mojammel Haque Swapon, 40, son of Mahfuzul Haque of Musapur union of the upazila

The deceased was identified as Tanzina Akhter, daughter of Munnaf Munshi of Faridganj upazila also wife of Jewel Khan of Torpurchandi area in Sadar upazila

Death of schoolboy in road crash sparks protest in Bhola

The deceased is identified as Sharif, a class XIII student of Lalmohon High Scholl

82 fall ill after eating food at marriage feast in Sunamganj

Among the sick, 42 were admitted to Sunamganj Sadar Hospital and more 40 in Dirai Hospital

The deceased was identified as Jamal Hossain Howladar, 48, son of late Kashem Howladar of Kumirmara village of Sadar upazila in the district

Hearing the victim’s screams, locals rushed in and rescued the girl but Saddam fled

Shahjahan Pasha, officer-in-charge of Saidpur Police Station, says the teens drown when they are taking bath in the river, locals rescue the boys at 3:30 pm and take them to Upazila Health Complex

UP member arrested for torturing teens in Jhalakathi

On information, police recovered the body on Tuesday morning and arrested Solaiman from the village

On Thursday night, police rescued the girl and arrested Yusuf and Mehdi. Akmal was arrested on Friday afternoon as the victim filed a rape case

Youth lynched in Cumilla after he kills elderly man

Police says Alam swooped on Akbar at Balutupa Madhya Bazar around 9pm and stabbed him with a knife indiscriminately following previous enmity, leaving him dead on the spot

25 maunds of Jatka seized in Chandpur

The deceased driver of the three wheeler was identified as Surjo Miah, son of Rahom Ali of Barokura village in Kamarkhanda

The deceased is identified as Abdus Sattar Sheikh, 60, son of Jahed Sheikh hailing from Railway Colony of Sirajganj municipality

A police team rushed to the area around 11.30 am and recovered the bullets

he government in 2015 estimated that 50,000 Rohingyas were staying abroad with Bangladeshi passports

The deceased has been identified as Omar Sheikh, 57, a cloth shop owner