Police are investigating the theft 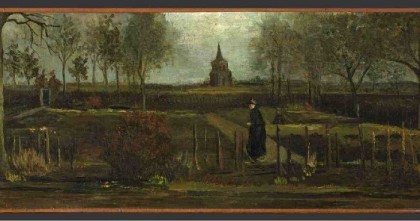 Meghan Markle to narrate documentary for Disney Plus

Meghan Markle, wife of Britain’s Prince Harry, is set to narrate a documentary about elephants for Disney Plus

This year's Glastonbury music festival in the United Kingdom has been canceled, the event's organizers said on Twitter

The recorded recitation is aired simultaneously by all electronic media, including Bangladesh Television (BTV), Bangladesh Betar, online and social media 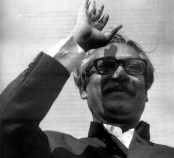 An epitome of mutual respect

When it comes to Bangabandhu Sheikh Mujibur Rahman, it is his outstanding qualities that transformed him into the father of our nation from a mere political activist of Tungipara

Charles Wuorinen, winner of the 1970 Pulitzer Prize in Music and composer of the operas “Brokeback Mountain” and “Haroun and the Sea of Stories,” died

Earlier on February 20, the government finalised the names of 9 eminent personalities and one institution for Swadhinata Padak-2020

‘7th March Speech’ to be translated into 3 languages

He is addressing the inaugural ceremony of ‘Bangla Bhasay Amartya Sen Pathchokra’, organised by Banglar Pathsala Foundation at the auditorium of Nawab Ali Chaudhury Senate Bhaban on Dhaka University (DU) campus in the capital

The festival will feature open discussions, singing of Baul songs by artistes of Lalon Academy and prominent singers, fair and some selected cultural performances 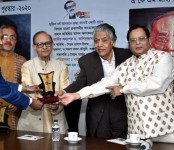 BFDC has primarily published the partial list of 50 actors, who will play different characters in the biopic on Father of the Nation

The fair also witnessed an unimaginable crowd on Friday as the book-lovers rushed to buy books of their choice and meet, greet and take autograph-photographs with their favourite authors

Zha Mingwei of the cultural section of the Chinese Embassy in Dhaka was, among others, present during Ambassador Jiming’s visit to the fair in the afternoon

Several of the women said Domingo tried to pressure them into sexual relationships by dangling jobs, and then sometimes punished them professionally

It was an extraordinary, colourful and the largest-ever art fest of Bangladeshi-British children of 5 years to 18 years old

The fair will remain open from 10 am to 8pm everyday

Different exhibits made Hasina relive memories of the related incidents

Abdul Jabbar was appointed deputy commander of Bangladesh Liberation Force at Moulvibazar subsector. He participated in the frontline fight in different war-fields

As many as 2,194 books hit the Amar Ekushey Book Fair in the last 14 days till Saturday

DAS sees huge crowd thanks to the festivities of February 14