At the time of the attack, most of the 1,500 US soldiers at the base had been tucked away in bunkers, after advance warning from superiors 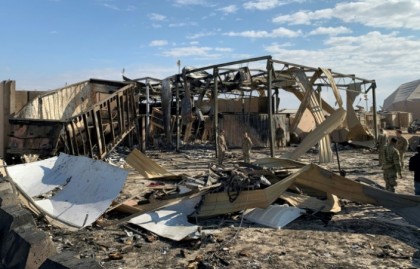 Thousands of Iranian gathered outside the gates of Amir Kabir University, near the former US embassy in Tehran, to denounce the plane crash the government blamed on human error and "US adventurism"

Video verified by The New York Times appears to show an Iranian missile hitting a plane near Tehran’s airport, the area where a Ukrainian jet crashed

Australia fires: Rain falls but warnings of huge blazes ahead

More than 28,000 people have been hit with dengue fever in Honduras amid fears the deadly virus could…

The players who lit up the 2019 World Cup

"Don't think it's fair to have a result like that": Morgan on WC triumph

The 32-year-old, however, agreed that the final was probably the greatest ever cricket match

In an interview with 100mb, the 46-year-old batting legend suggested that instead of the number of boundaries scored in an inning being the tie breaker in a super over

ICC for the first time has reacted on the overthrow controversy

Morgan has earned the right to decide on captaincy: Strauss

On Sunday at Lord's, former English cricketer Andrew Strauss was in the Sky box as a commentator

Having dismissed England for 241 in reply to their own 241-8, the Kiwis didn't raise the issue of wickets being the logical tiebreaker

Taufel told Fox Sports Australia that the umpires has made a "clear mistake", as the batsmen have not crossed for their second run when the ball is thrown in by the fielder

Nothing can faze me now, says Jos Buttler

Wicketkeeper Buttler hit the last of Trent Boult's six balls for four as the hosts posted 15, then took up his place behind the stumps

Shakib in AFP's World Cup team of the tournament

Shakib made the most of his promotion to the number three position, accumulating 606 runs and also picking up 11 wickets

Kiwi fans on the outer for thrilling cricket finale

The pain for Kiwi fans was magnified by the fact that the country's strict licencing laws meant bars closed at 4am, more than two hours before the finale

Needing to surpass New Zealand's 241-8 to win the World Cup for the first time, England ended on 241 all out after Mark Wood was run out off the final ball

Buttler, Woakes get out as England struggle to meet total

Earlier, Sri Lankan skipper Mahela Jayawardene scored 548 runs in the 2007 World Cup and he took 11 innings to get this feat