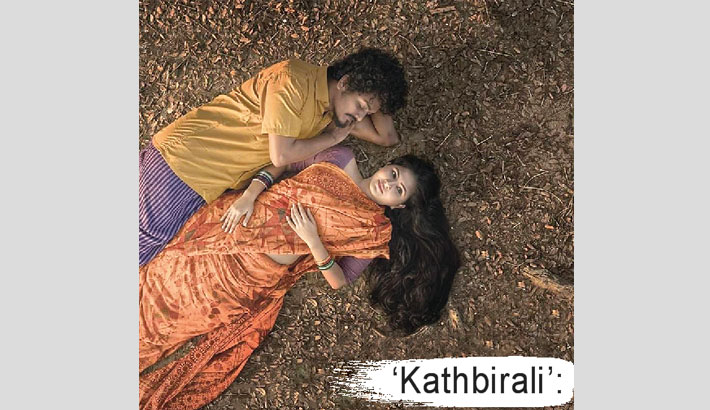 ‘Kathbirali’ director Niamul Mukta has worked for several years as an assistant director of the filmmaker Redoan Rony. He never made any TV play, telefilm or short film as he was determined to start his directorial venture through a full-length feature film. But reality was tough for him. He couldn’t find any producer who is interested in investing in the first movie of a young filmmaker. Yet Mukta didn’t leave his dream. He had the confidence, thus he approached probable artistes and crews, and narrated them his tale and plans to convince them for performing in his debut movie. Due to the strength of his story and passion for films, all of them assured him that they will work in his movie without taking any remuneration! But apart from the artistes’ payments, there are other expenditures for making a movie. Mukta managed that from his personal savings. He began shooting the film on March 2, 2017 in his village home Gojarmara in Bhangura of Pabna. He and his team had to go to the location at five different times to complete the whole work. Overcoming all obstacles they finished the post production works at the end of 2019. Niamul Mukta is an honest filmmaker. That is why after taking approval from the film censor board he arranged a special show of the movie in the shooting location for around 500 viewers on December 27 last year for expressing his gratitude to the residents of Gojarmara. Finally, Mukta’s ‘Kathbirali’ hit the silver screen on January 17. 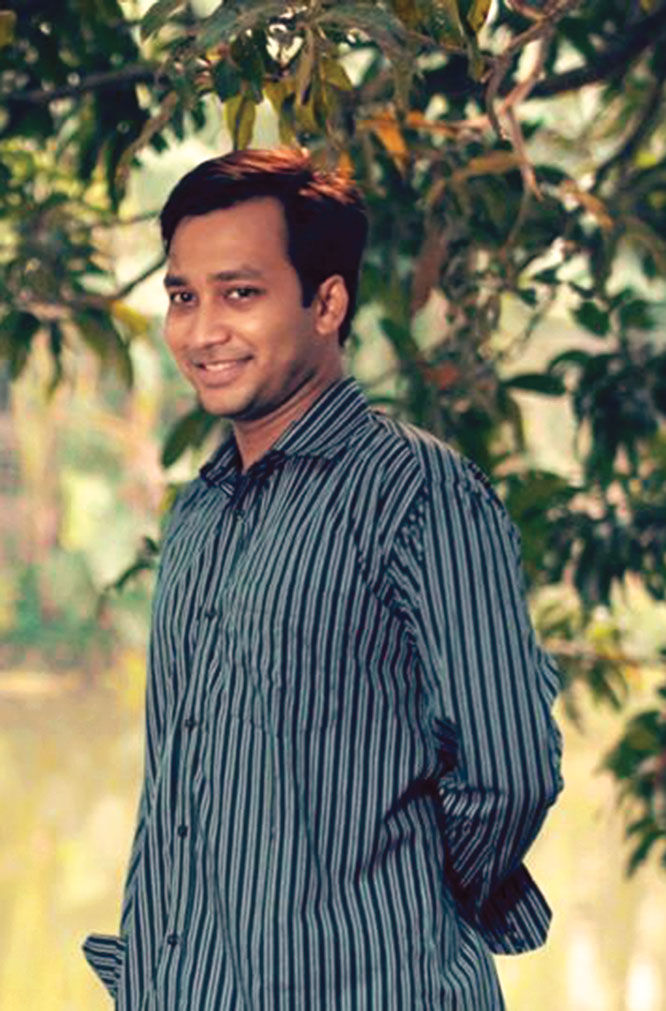 If anyone asks about the biggest potency of ‘Kathbirali’, the answer will be its story. It is for sure that the viewers who will go to watch the movie with an expectation of enjoying an innocent love story of two rural teenagers will be surprised by the development of its tale. Of course, till the interval the film revolves around the love and post-marital romance of its two protagonists Hashu and Kajol. But the different layers of their relationship come out gradually when sloughing off its ordinary romantic impression the movie turns into a serious crime thriller! And like all the successful thrillers it keeps its mystery enwrapped till the concluding scenes of the film. In short, ‘Kathbirali’ is a tale of complexity of relationships and its impact on individuals.

Niamul Mukta’s movie is worth watching for its new approach. Being a debutant director he is not confused. He knows what story to tell and how to tell it. And he has chosen such a subject which is often ignored by our directors. Viewers will remember his beautiful projection of change of time/season through depicting the water level of river for many years. Apart from presenting the scenic beauty he has focused on the complexity of village life. His shooting locations seem simultaneously new and original which have made the story more credible to the viewers. Mukta probably doesn’t believe in traditional concept of characterisation. His movie has no so-called hero or heroine. They may be termed as protagonists as they have flaws as well along with their virtues. Besides, all the major characters have seen their end in the film.

Niamul Mukta couldn’t cast big stars in his film like most of the debutant directors. Instead he relied on the lesser-known artistes. Albeit a few 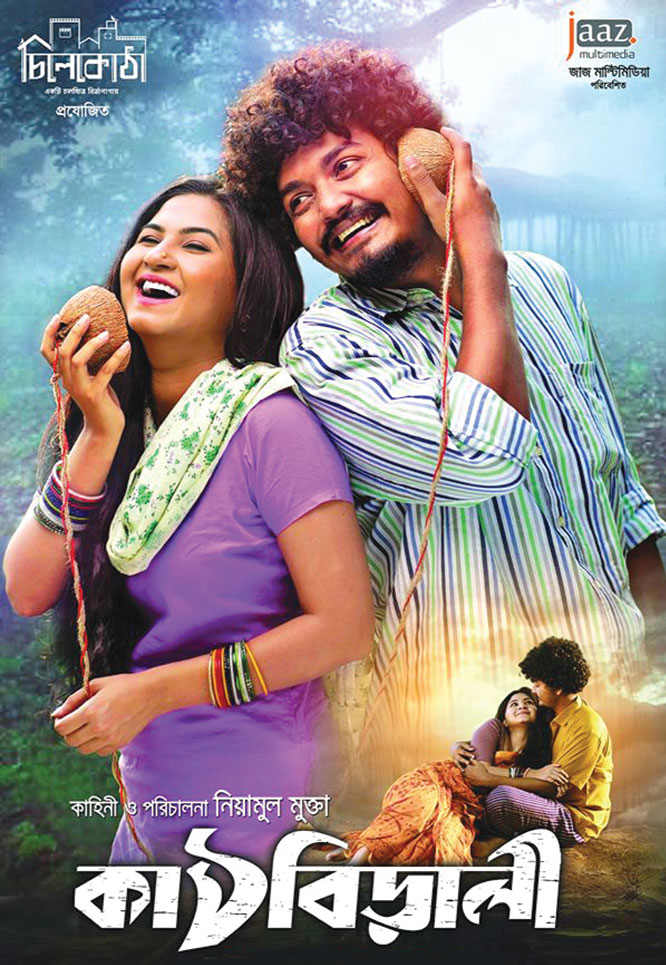 performers like Orchita Sporshia, Shahriar Ferdous Sazeeb, Shilpi Sarker Opu and AK Azad Shetu had little experience of acting in films, none of them are big names of the industry. It was not easy for Sporshia to perform in the role of a rural teenage girl (Kajol) having multiple shades. Yet she has tried her best to portray the character. She could be more careful regarding the expressions of her eyes. Still her commitment and efforts in ‘Kathbirali’ have proved that if she does more works for the silver screen, she will be able to earn the trust of Bangladesh’s filmmakers and Bangladeshi films will get another good actress. Asaduzzaman Abir is the biggest surprise of the movie. In the lead role of Hashu he hasn’t disheartened the viewers. Though initially he seemed a bit apathetic, he has adopted the innocence of a rural young man successfully. As the story progresses, stratums of his character surface, and Abir begins performing spontaneously showing his true potentiality as an actor.

Syed Zaman Shawon can be considered as the best performer of ‘Kathbirali’. In the role of Hashu’s friend Anis he didn’t get much screen time, but he justified his character. He didn’t miss even the little pauses while depicting his love, lust, and betrayal. Despite performing in the supporting role he has made his mark on the screen. On the other hand, Shahriar Ferdous Sazeeb has failed to show his promise as an actor in the character of Azgor. He had much opportunity to play with both negative and positive shades of his character but his unnecessary loud acting hasn’t satisfied the viewers. Besides, Shilpi Sarker Opu in the role of Kajol’s mother, Hindol Roy as chairman, Tanzina Rahman Tasnim as Anis’s wife and AK Azad Shetu in the role of police inspector performed really well.

Niamul Mukta has succeeded in hiding his whole project from others. No one, apart from his artistes, crews and villagers, could know anything about his directorial debut until March 2019 when he informed all about his venture through a facebook post. He concentrated completely on his work. And this patience and dedication have been paid off. Viewers can feel that touch of care in the scenes of ‘Kathbirali’. It seems that the director watched every beautiful feature of his village rigorously to depict them some day. That doesn’t cut short the credit of the cinematographer Aditto Monir who has understood the demand of his director and portrayed Bangladesh’s picturesque village, especially the scenes of sunrise and sunset, river, crop fields and old trees, in the most spectacular way. Stunning drone shots of jute field, haystacks, railway, rural road and river have provided a soothing experience to the viewers. Use of light, especially in the early morning and night scenes, was impressive. Art director Adel Imam Anup, colourist and editor Rashaduzzaman Shohag and sound designer Ripon Nath have done a tremendous job. And of course, Muhammad Tasneemul Hasan deserves much appreciation for creating bold dialogues.

Among the three songs music director Emon Chowdhury could skip one easily but the director probably has used it to strengthen his linear storyline of the first half. ‘Sundor konya’, written by Selim Al Deen, tuned by Yousuf Hasan Arko and sung by Shofi Mondol and ‘Tomare dekhibo ami’, taken from sixteenth century’s ‘Chandrabotir Pala’ and written and tuned by Nayanchand Ghosh and sung by Dilshad Nahar Kona and Emon Chowdhury, not only complemented the rural setting and the chemistry of two protagonists but also added a new dimension to the movie. Audiences have just loved these songs. Emon Chowdhury has won the hearts of the viewers through his impressive background score and composition albeit it is not clear that why he has used apprehensive music during the scenes of physical intercourse.

Kathbiralis or squirrels are seen in the village areas but no one can catch them. Similarly viewers can see the characters of Mukta’s films, but they cannot grasp them or understand their psychology. Thus the name ‘Kathbirali’ suits the movie perfectly. Yet there remain a few reasonable questions which are very usual for a commercial movie. But the biggest positive thing is that transcending all limitations a new director has showed his promise. Kudos to the director for his bold attempt!