Have The Fires In The Amazon Really Been Contained? 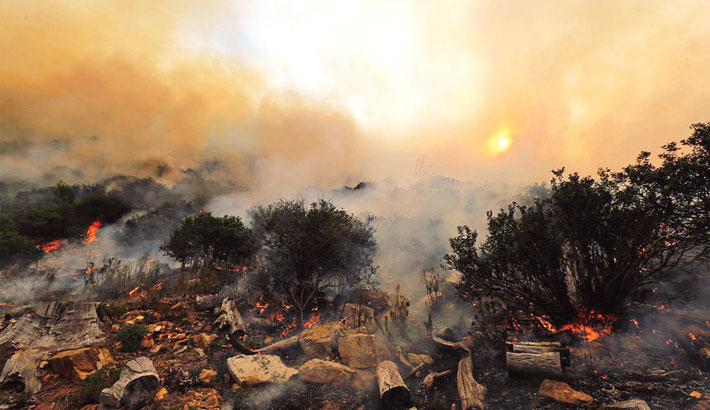 Amazon rainforest is widely acknowledged as the ‘the lungs of the planet' owing to the fact that it produces 20% of total oxygen of our planet and extracts approximately 90-140 billion metric tonnes of carbon from the atmosphere. Amazon, one of the largest tropical rainforests, has rich ecosystem and biodiversity containing 40,000 plant species, 1,300 bird species and 3000 aqua species. The forest has fairly hot temperature though a decent amount of rain creates balance in the weather. In Amazon naturally dry season comes in July-August, and mid-November and during this time of the year wildfire is very common in Amazon rainforest, especially in Brazil’s part (which contains 60% of total forest). But the situation is deteriorating day by day. Both the number of fire incidents and the area of deforestation are increasing gradually. But it seems that the concerned authorities are not serious enough to stop such repeated incidents of devastating fires, rather some of the power players are playing blame game. Let’s dig deeper into the matter to know more. 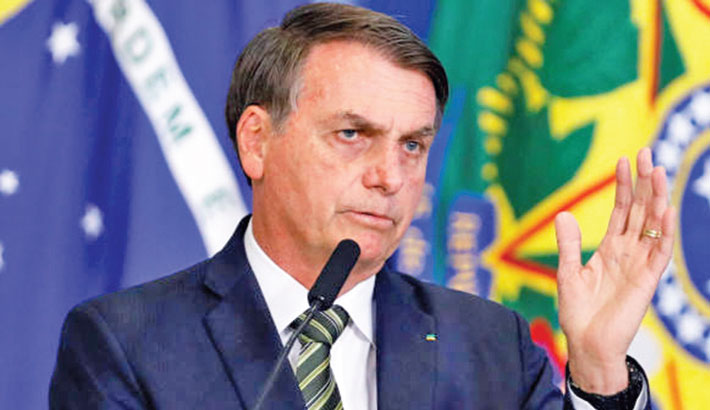 Though deforestation has been occurring for a long time in Brazil, the recent wildfire is the factor that compelled the whole world to give a closer look into the issue. During this recent incident the area equivalent to three football fields (almost 3.96 acres) is burning in every minute. But this is not the first instance of fire incident in Amazon rather you will be surprised to know that there have been more than 80,000 fires so far this year, the most ever recorded by the country's National Institute for Space Research (INPE). There is an allegation that many of these incidents are actually man-made as the deforestation rate has increased noticeably after Jair Bolsonaro has been elected as the president of Brazil in January 2019. As the lands in Amazon are easily obtainable and anyone can establish their own business, some farmers, land-grabbers and industrialists, patronized by the government, take the opportunity and deforest deliberately for their own as well as the state’s benefits.

Well, many claim that the state is, directly and indirectly, instigating different groups to carry out deforestation in the Amazon with a view to earning more foreign currency and developing country’s economic condition. Cattle ranching has already been sorted out as the largest driver of deforestation by the experts. It is mentionable that Brazil is the second meat exporter around the globe and since 1997 the export rate has been growing rapidly and this growth comes at the expense of Amazon. To meet the domestic and international demand for meat, ranchers find it easier to burn forest. Christian Poirier, program director of the nonprofit organization Amazon Watch, agreed with this gluttonous practice and stated, “Fire is often used to clear out the land for farming or ranching. For that reason, the vast majority of the fires can be attributed to humans.” This practice is not only common in Brazil but also in all the nine jurisdictions: Peru, Bolivia, Colombia, Ecuador, Guyana, Suriname, Venezuela and French Guiana (an overseas department of France). Besides, soybean, a major cash crop of the country, cultivation also plays a vital role in this regard. In 2018, the country has accomplished the top position by exporting a record of 83.3 million tons of soya crop worldwide and the credit goes to farmers who ignited the Amazon forest as they needed more lands to increase the overall production of soybeans. 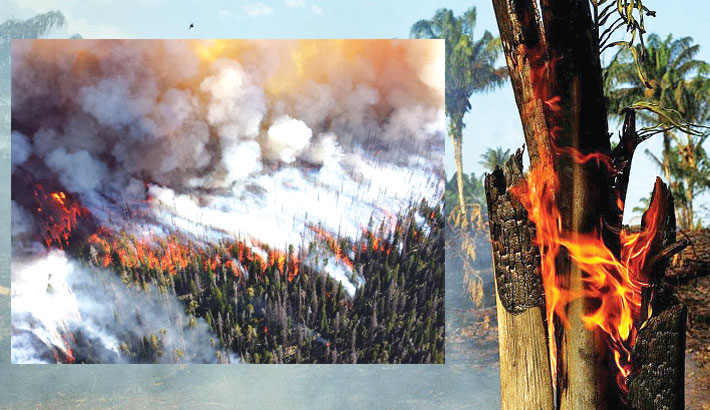 Furthermore, illegal mining operation is also taking a heavy toll on the forest. Mineral extraction process can leave adverse impacts on the soil quality and it destroys landscapes, trees and wildlife habitats as the particular area needs to be cleared for smooth functioning of the process. Based on the data by French Territory's National Forestry Office, since 2003, around 29,000 hectares of rainforest have been destroyed to set up gold mining camps. To deal with this situation, trees are lit on fire manually to make more space to run extraction process flawlessly.

Owing to these afore-mentioned problems fires are being ignited every now and then and as a result the inhabitants of the world are suffering in different ways. On top of these consequences, home of indigenous tribes is being demolished as the fires continue to rage. In the heart of Amazon, over 400 tribes are living who are completely oblivious to the modern world. Now deliberate fires are forcing them to flee from one place to another. Most of them, especially child and women, are facing health hazard because of the contaminated air and lack of proper accommodation. Moreover, the scientists believe that if this fire goes on, it will be a huge blow to the fight against climate change and the effects will be felt all over the world. Obviously, igniting forest produces contaminated elements and these spread in the atmosphere causing inevitable damage to the global environment. Greenpeace Organization stated, “Forest fires and climate change operate in a vicious cycle: as the number of fires increase, so do greenhouse gas emissions, increasing the planet's overall temperature and the occurrence of extreme weather events, such as major droughts.” In addition, the constant blaze is hampering the ecosystem and threatening the unique biodiversity.

But the most unfortunate fact is that instead of taking proper initiatives to halt deforestation practice, Jair Bolsonaro, the current president of Brazil, supports this destructive act. This wicked president sees Amazon as nothing but a source of earning more revenues, so he keeps denying allegations of deliberate human-made fire incidents. Besides, the president is directly involved in weakening the environmental agency through sacking the director of the Brazilian agency that monitors deforestation after making wild accusation that this agency provides false data. However in the face of wide criticism for his utter indifference to environmental issues related to recent Amazon fires, Jair Bolsonaro banned use of fire for land clearing for 60 days on 29 August 2019. But what will happen after 60 days? Will the ‘wildfires’ come again and continue putting our earth in jeopardy? Under such circumstances a question may pop up in anyone’s head – have the fires in the Amazon really been contained?