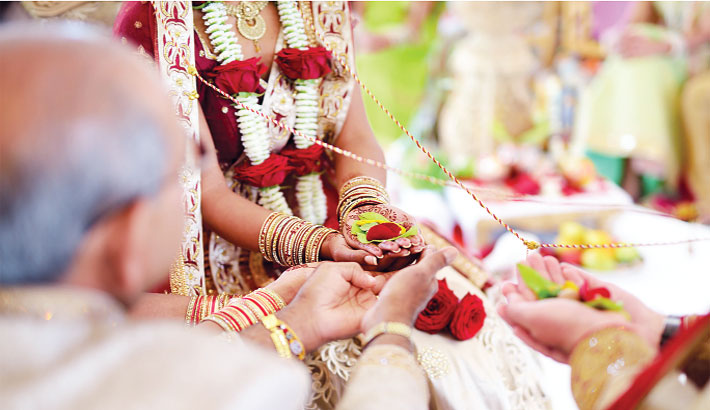 I have heard many women being asked a strangely common and humiliating question by mostly their male friends or counterparts: are you a virgin? I could never understand why this question was always asked to women and by men. Then while signing on the paper of my own marriage certificate, I found my answer. In our country, according to Muslim marriage law, a woman was asked to choose one of three options by stating clearly whether she is a ‘Kumari’ (virgin), a widow or a divorcee. Contrarily, my husband did not have such option to disclose his state of virginity. It was a secret matter for men and a kind of compulsorily open and important fact for women. Is a woman's honour placed inside her private part? It has been a degrading and humiliating treatment towards women in the South Asian countries for a long time.

Recently, the High Court of Bangladesh has ordered the government to remove the word ‘Kumari’ and replace it with another word meaning ‘unmarried’. This decision has been cordially welcomed by the people of women's rights groups. A couple of good lawyers filed a writ petition back in 2014 to change the marriage certificate form. Aynun Nahar Siddiqua, one of the two lawyers, said, “We filed a writ petition because asking whether someone's a virgin or not is against the person's right to privacy.” After a rigorous and legal fight for women's privacy and dignity for almost five years, finally High Court declared and ordered to bring the revolutionary change in the Muslim marriage certificate of the country. Even according to the ruling, a groom has to state whether he is unmarried, widowed or divorced. Now, the ‘virginity’ is no longer a gendered issue.

Virginity is a state of a person who has never had sexual intercourse. There are a few cultural and religious significances on virginity. However, these traditions are extremely gendered. In many countries of the world, women's virginity is often regarded as the symbol of their chastity, honour and purity. It is a silent weapon which makes the women and young girls subject to patriarchal violation and humiliation. Even in some cases, people possessing patriarchal mindset go for ‘virginity testing’ which is even more downgrading for women. UN Human Rights, UN Women and the World Health Organisation have put an end to this kind of notion. They claim that virginity is not a scientific or medical term. It is an absolutely social and cultural notion which clearly reflects gender discrimination. Virginity test is a gynecological examination which is done for testing whether a woman has gone through vaginal intercourse or not. It is done by doctors, police and forensic department specially to ensure whether a victim has been raped or not. However, there is no such test to determine a man's virginity. Have you even heard that a man has lost his virginity? No, it is because deep inside your patriarchal mind you believe that a person's right to privacy should not be violated. So, it has been a discriminatory practice of looking for unaffected vagina. This is why, United Nations called for ban on virginity testing last year.

In the name of virginity, many women around the world, specially in the third world countries, have to suffer from massive humiliation. Losing virginity equates losing the honour of the entire family. In such cases, the family punishes the one, who has lost her virginity, by killing her under the custom called ‘honour killing’. Though honour killing or shame killing is also applied to men for other reasons, women, most of the time, have been victims of honour killing for having sexual intercourse before marriage. Such custom is widely practiced in Pakistan.

Nowadays, sex has become a choice. I better not get into the argument of the ethical and religious aspects of having sexual intercourse before marriage. If it is wrong for women, it must be, undoubtedly, wrong for men too. If men go around without being asked about their virginity, women must not be asked about theirs too.