The Fear Of Being Rejected! 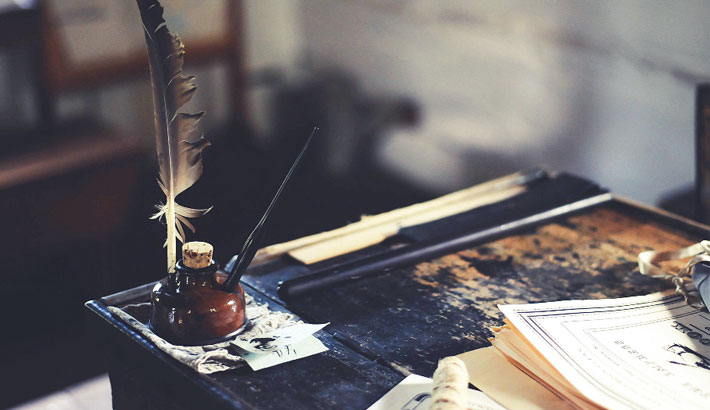 Everyone has the fear of being rejected. How we overcome it matters more. I know of many who feel iffy about sending write-ups to the English dailies. Their biggest fear is the fear of rejection. Many people don't want to test themselves against the best. Many of them have potential but they don't have enough confidence to transform it for better outcomes. This mentality is also noticeable in me. I don't think I pay enough attention to the criticism I receive. It is not a healthy feature to live with. 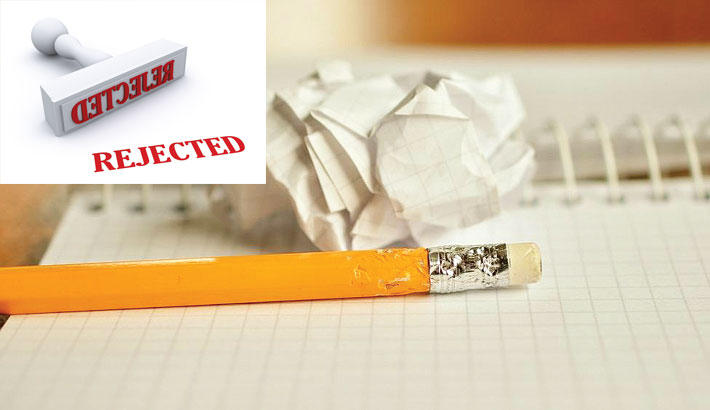 Writing is a passion. It is an art that takes an everlasting time to get mastery over. Although there is no perfect writing, we have some benchmarks for selecting and rejecting papers. For example, in a conservative society like Bangladesh, one cannot always write against the taboos. The Guardian, published from the United Kingdom (UK), has no paywall system; as a result of which, we are able to read it at free of cost. Owing to the liberating European culture, their newspapers touch upon many controversial issues which we do not even like to discuss in private. I feel like sending my write-ups there. Again, the fear of failure continues to obstruct me.

Well, even the best works may get rejected. D.H. Lawrence, 20th century British writer, famous for Sons and Lovers and Lady Chatterley’s Lover, had his latter book rejected and been told “For your own good, do not publish that book.” J.K. Rowling’s Harry Potter and the Philosopher’s Stone was rejected 12 times before Bloomsbury Publication decided to publish it. C.S. Lewis’ The Chronicles of Narnia, sold over 47 million copies, was initially rejected. Nicholas Sparks’ The Notebook did not find any publication houses for many years. When it was finally published, the book had sold over 100 million copies.

I have got four research articles published in different journals and over 80-90 articles published in different newspaper outlets. As a regular contributor to the Daily Sun, I have my most articles published here. Readers should not think that my articles have always been published. I face rejections too. Moreover one of my scholarly articles which has finally found its space was rejected so many times that I thought I should forget its existence and put it in a cramped box for no one to see. I did not do so; I kept on trying my luck. Luckily, I have got my due award. Finally, it will be published. Rejection does not make one a bad writer. In many cases, it is powerful people who don't always accept the points we like to delve upon. When we stop people from exercising freedom, we cannot expect to see a rise of budding writers. At the same time, we should not compromise with quality, the lack of which has become a bane in our society. 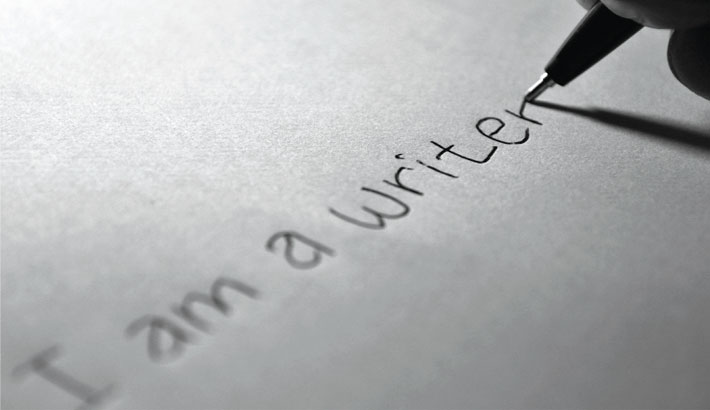 If a society has less readers and writers, negative traits pervade human minds. When my articles don't get published, I start having negative thoughts. I look for excuses. My columnist wife and I use some expletives for letting our frustrations out. But the good part is we don't dwell on our failures in the long run. We come up with a new write-up although it is not always easy. I don't enjoy reading and writing scholarly articles; most of which are not reader-friendly. I am very sure that the scholarly articles that are published have been read 30 times. I read it 29 times alone. Maybe another person working on the same topic reads it temporarily for acknowledging his/her sources. On the other hand, in newspaper writing, we have more opportunities to express our thoughts. We don't have to worry about citing people for validating our arguments.

I do not feel that bad when my journal articles get rejected. That is where my passion doesn't lie. My interest lies more in creative writing and columns. That is why, I feel let down when my articles do not get selected. My days go bad; sometimes they take a turn for the worst. When my wife's one is published, my one not, then I feel really envious of her. We have a healthy competition, sometimes unhealthy, meandering along each other's professional life.

Our article is like our baby. We don't want to differentiate between our children. The inevitable truth is - we love our own works, own approaches to work. Still, we should question our ways and part with them if they are grinding our progress to a halt. We should not always change the way we work, but it is not bad to tinker a little bit with our pre-conceived notion if they bode well for our development. We don't like to listen to advices from people. Despite all these, I blame myself for my rejected works. Something has not clicked together. That doesn't mean that it won't in future. Everything has the right time and proper place.

We should not immerse ourselves in failures. We fail more times than succeed. Writers fail too. There is no shame in admitting the presence of rejections, a part of life that should only inspire us to come up with better ones. Otherwise, we will not develop the way we would like to. The earlier we know how to accept rejection and feel comfortable with it and remain steadfast to prove to people with our words and works later, the sooner we will progress.

Otherwise, William Shakespeare will not be born again. Humayun Ahmed, without rejections, would not be Humayun Ahmed and as popular as he was before and after his death. Rejections kill some authors but they should not be more powerful than the loss of human lives. Life is wonderful. We should learn to be patient as far as our works are concerned. We don't know what our rejected papers can bring to enlighten future generations.

(The writer is lecturer, Department of English, Chittagong Independent University.)