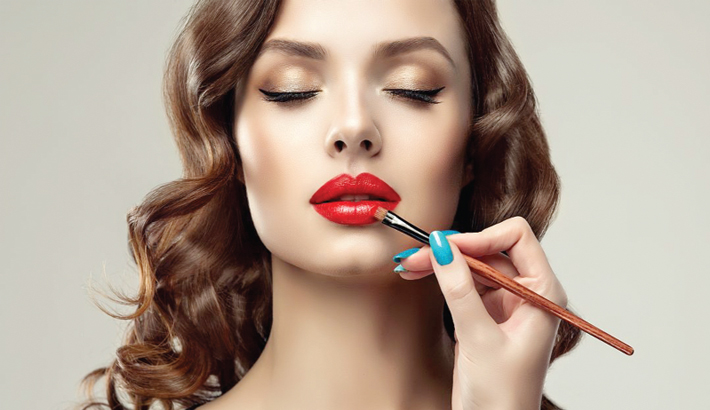 Makeup is probably a woman’s best friend. It is difficult to find a woman who doesn’t own a makeup kit. While some are true connoisseurs of the art, collecting the most exotic and known brands, mostly imported from abroad, others are more relaxed and own a few shades of lipstick, one or two eyeliners and a foundation or powder. No matter which category you belong to, no doubt you also have plenty of makeup items in your collection. While we all love makeup, there are some popular myths that revolve around it. Here we break a few such misconceptions:

Myth 1: The more, the merrier

Yes, there was once a time when wearing more makeup was popular. You would have seen ladies and even young teenage girls putting on really dark lip colours, extremely colourful eye shadows and plenty of blushes. By plenty, I mean cheeks used to be as pink as blossoms or red as tomatoes. Let’s not even start about foundation. Faces used to get whitewashed. All these were part of the makeup trend back then. At present times, wearing too much makeup is rare. Many women are of the opinion that wearing a lot of makeup can make one look aged. They are more bent towards natural makeup styles such as peach lipstick, light neutral eye bases with carefully accentuated eyeliners. Women are more conscious about contouring nowadays rather than putting on rainbow colours on their faces.

Every man must know that women really don’t do makeup for them! Yes, to a certain extent, perhaps the man’s opinion in her life matters. However, even on the wedding day, she is more engaged thinking about how she looks rather than how her would-be husband thinks about her looks. That doesn’t mean you should not complement your wife, girlfriend, sister or mother. Let them know that they are beautiful but also be aware that their secret to looking beautiful has nothing to do with you!

Myth 3: Multifunction is not allowed

Sometimes you can do more than one function with any one of your makeup items. Dab your light peach eye-shadow on your cheeks and blend it till it fades out. It can look great as a blush! The same is true the opposite way. Your contouring colours can also transform into concealers.

Makeup kits do have an expiry date. So next time you are using a 3 or 4-year-old lipstick or eye-shadow, think again! Eyeliners and mascaras have shorter lives than these.

Well, aunties of old times used to say such a phrase. Perhaps some of them still do. Gigi Hadid and Kylie Jenner have proven them wrong though. Actually, red lipstick is no longer synonymous to bravery. It all depends on how you style your makeup. If you are wearing loud eye-shadow, a lot of contouring with glimmer blushes and so on, your red lipstick can turn this into a party look. On the other hand, if you wear red lipstick with just eyeliner, it can be your ‘ever-ready’ style statement for hangouts, parties or even office!