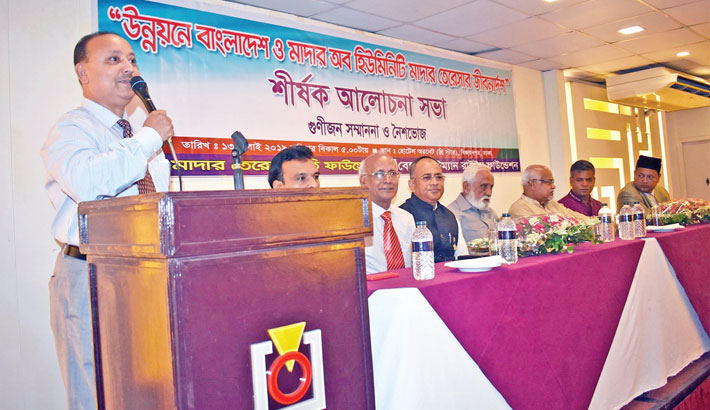 Of late, US expatriate Mosharrof Hossain Khan Chowdhury has been honored with Mother Teresa Gold Medal for promoting education in his home district, Cumilla. The medal was awarded to him at a reception accorded to distinguished personalities followed by a discussion meeting, jointly organized by Mother Teresa Memorial Foundation and Bengal Human Rights Foundation at Ornate International Hotel in Bijoynagar, Dhaka, on July 13, 2019.

Mosharrof was awarded in recognition to his good works that he did by establishing educational institutions one after another in his home district. He set up ‘Mosharrof Hossain Degree College’ in Brahmanpara upazila Sadar of Cumilla district in 1999. After that, he also established ‘Abdul Motin Khasru Women College’, named after the former law minister. Mosharrof donated land for both the colleges. Besides, he established a madrasha named ‘Asheda Jobeda Forkania Madrasha’ in 1994 while he also established a Kindergarten school in his area in 2002. Inspired by the Ekushey Award winner and the founder of ‘Cumilla Diabetes Hospital’ late Dr. Jobeda Khatun, Mosharrof established ‘Brahmanpara Diabetes Hospital’ on his own land as well. It is mentionable that by shunning a life of luxury, he took a rare initiative of spreading the light of education among the new generation by establishing educational institutions at the cost of his hard-earned money. 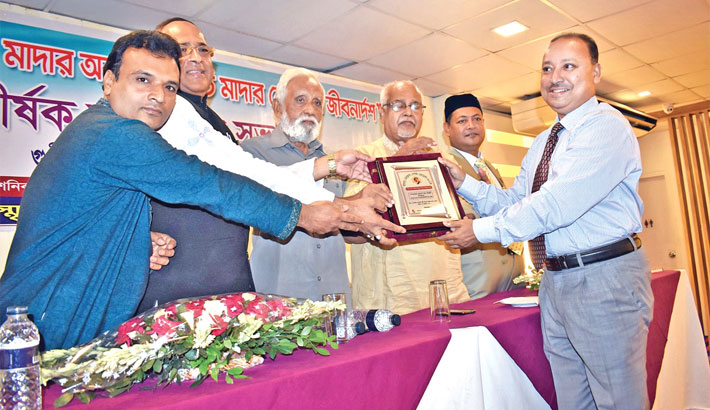 While speaking on the occasion, Mosharrof Hossain Khan Chowdhury said, “I strongly believe that a country which is educated is a country that will prosper. I am pleased to play a part in developing Bangladeshi talent, especially our young learners based in Cumilla. I want to love and work for people till the last day of my life. My dream will come true when no child will remain illiterate in this country.” Finally, he sought blessings from all. 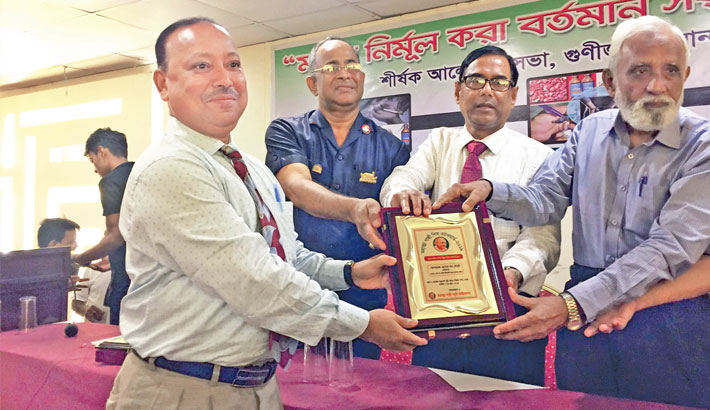 Earlier, Mosharrof Chowdhury got Mahatma Gandhi Award at another event held at the same venue on June 29. Professor Dr Kamal Uddin Ahamed, vice-chancellor of Sher-e-Bangla Agricultural University, handed over the award to him at the programme organized by Bengal Human Rights Foundation. Apart from this, he has received many other awards as recognition of his noble deeds. He was awarded gold medal by the honorable vice-chancellor of Dhaka University in 2009. In 2010, Mosharrof received INK award from Cumilla Society of North America. Congressman Regari Mix of New York also honored him with a special award. In addition, he has also received many other awards from various organizations in the United States including Fobana Award and City Council Award.