How To Turn A Man Into A Computer 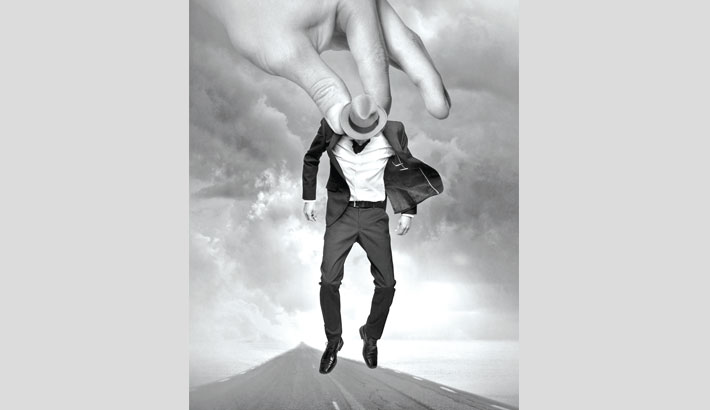 Let me start with a question: what is the difference between a computer and a man? Well, there are different answers depending on the angle you view it with. A computer is much faster with absolute accuracy than a man who is mistakenly an expert to make mistakes. That is why people commonly say ‘To err is human’. What it means is that the identity of a man lies in his nature of committing mistakes or errors. There are also some similarities between them, no doubt. A computer is repairable, so is a man. Sometimes, a computer malfunctions. So does a man especially at times of overwork, higher temperature, hypertension, mental stress or anxiety and so on.

What we have realised is that both have similarities and dissimilarities as usual like most other items. Then we can say they are as usual in terms of qualities and defects. Then it becomes very important to find out any difference or any similarity that will make them like two poles apart or almost exactly the same. If we consider one aspect we will be able to show them as two poles apart, i.e diametrically opposite. Yes, one thing makes them so dissimilar, that is, the power of thinking, judgment, considering the situational and contextual circumstances. Although apparently irrelevant, one example may be cited here. A doctor explained the man about the test report which says his wife was pregnant. But the man was surprised as he had put the tube-well water in the test tube. He wanted to find out whether his tube-well water was safe to drink or it was contaminated. As a result, we presume the machine could not identify the distinction between urine and water.

Then what about taking a great opportunity to turn a man into a computer? He will work like a man, and at the same time, he will not react like a computer.

Suppose, you have kicked the computer for its malfunctions. Can it react? Can it declare it will not work? Can it cry? Can it blame you? Can it sue you? On the other hand, if you kick the servant or your wife, she can weep at least. She will stop cooking for some time. She will take time to resume her homestead.

Now you look at the following incident. I lived on the 4th floor and I heard some beating sound. I looked down and saw something unexpected. The house owner kept slapping and hitting his driver amidst the guards and quite a few tenants. After a while, the owner opened the door of the car and sat in. So did the driver. They started their journey as usual. If you came late, you would find nothing had happened between them. And those, who saw it, might have thought such a thing would never happen again. It was for the first time and for the last time. Unfortunately, I did not think in the same way. What I thought might be interesting to you. If the driver was a man, he would be reluctant to continue his job or would give a slight pause to his duty at least. Incredibly, there was no repercussion in the driver as though he were a computer.

May I tell you that the owner was a genius person? Actually, he learnt the most talented tactics. He trained up his driver in such way that turned him into a computer. Now he will work and work. He will have no power to react, to stop work, to leave the job, to sue the owner, to complain against him, and above all, to hate him.

And what about the same situation in case of a computer? You have kicked a computer and then started your work with it. Will it show any reaction? Will it feel any humiliation? Will it stop working for a while at least? Definitely not unless it gets out of order. And if you do it to a man?  He will do something.

It is a great advantage indeed. Then we can also try our best to make a man behave like a computer so that benefits will accrue from all directions. Probably it is not too difficult. A very few things are required. Do something so that he cannot leave you or dare to revolt against you, even cannot argue with you. Destroy or block all the ways in such a way that he cannot even run away. You can follow what Mr. Kurtz did to the black in Conrad’s novella “Heart of Darkness”. You also hear about the cruelty and inhuman punishment many kings adopted against the rebels or those who were involved in the revolts against the cruellest kings.

In a nutshell, only two things we have found. We can turn a man into a computer by blocking all his means to leave you and by administering exemplary punishment. Remember Shakespeare’s suggestion “Neither a lender nor a borrower be”. If you lend money, you’ll lose both money and the friend. Likewise, if you do not punish or block all means properly, your prey will be far away from you. You will lose the man who you could have turned into a two-in-one transistor. Now are you convinced? Ready to act accordingly? Before doing that you should ponder over and try to visualise the impending consequences. Can you blind the repressed people for long? Can you avoid ‘Tit for tat’? Can you leave you unhurt, unpunished and go about a free-will-agent?

Now the question is how long you can ensure your safety. Time will come when you cannot get rid of the snake you have been petting with care and milk. And if he has been harmless, helpless or innocent, nature will punish you many times more severely than you have ever anticipated. Remember nothing but ‘as you sow, so you reap’.

(The writer is former Assistant Professor & Director of Languages at University of Information Technology & Sciences.)