Not Quite So Amazing 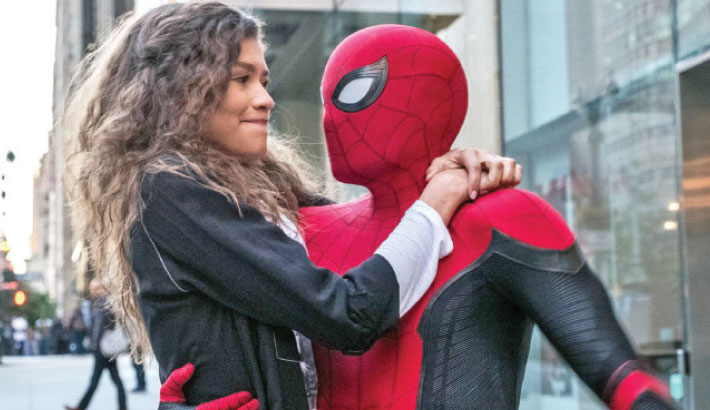 As the first Marvel movie to arrive after ‘Avengers: Endgame’, there’s a lot of pressure on ‘Spider-Man: Far From Home’. The movie, starring Tom Holland as the Queens teenager Peter Parker, rapidly intertwines the big events. ‘Spider-Man: Far From Home’, the second installment in the latest live-action Spider-Man reboot, founders as it stomps through picturesque old cities in a series of ill-motivated and less-than-awesome action set-pieces.

The young cast, led by Zendaya as a shy girl, is appealing as well as funny. At the outset, Peter Parker is so exhausted from his recent labors that he wants nothing but to spend part of the summer on a whirlwind tour of Europe with some school chums, one of whom, MJ (Zendaya), he would like to make something more than a pal. His ever-thoughtful Aunt May (Marisa Tomei), who looks after him, discreetly slips his Spider costume into his bag, but so intent is Peter at leaving work behind that he doesn’t want to take a call from minder Nick Fury (Samuel L. Jackson, just going through the motions here).

It’s unfortunate but possibly true that the best scene in the film comes early on, when Peter tries to strategically arrange things on the long flight to Venice so that he can sit next to MJ. The comic mix-up that prevents this is quite amusing and well-managed, sticking the kid in the worst seat possible, and director Jon Watts proves himself rather good at this sort of thing. Matters proceed to include not only this twosome's awkward, herky-jerky mutual advance toward modest physical affection, but also the more unlikely yet entirely winning connection of the geeky, plus-sized Ned (Jacob Batalon) and cute blonde Betty (Angourie Rice). Martin Starr, so memorable as the stoner programmer Gilfoyle on HBO’s Silicon Valley, is on board as the far-from-expert tour manager.

Things suddenly become quite Marvelish upon the group’s arrival in Venice, where everyone’s good time is intruded upon by a massively destructive storm cloud that rips through the glorious city, ruining much of it as the whirlwind gradually takes the shape of a giant watery beast. Impulsively springing into action, Spidey does what he can to prevent further destruction, although this proves to be just the first in a series of attacks that coincide with the group’s arrivals in Prague, Berlin and London.

It’s not revealing much to disclose that the man behind these mean-spirited attacks on venerable buildings and hapless bystanders (although actual deaths are never mentioned) is one Quentin Beck, aka Mysterio (Jake Gyllenhaal). This latter name is quite fitting in that the man’s rationale for all the wanton destruction, when ultimately disclosed, proves not only mysterious but not terribly convincing.

Similarly coming up short are the physical manifestations of Mysterio’s infernos and Spidey’s efforts to combat them. In an era of ever-more impressive and realistic special effects, those on view here seem rather hokey and ill-judged. Compared with what we've seen Spider-Man do in previous outings, there is a contrived, even mechanical aspect to the storms Mysterio whips up to wreak havoc, which in the process renders him one of the least persuasive and intriguing bad boys in the annals of cinematic Marvel. He may be a trickster, but his motivations as a villain are too obscure and implausible to gain much traction, even as something to hate. If the appeal of a mystery or action film can be based to a considerable extent on the quality of its villain, ‘Spider-Man: Far From Home’ certainly comes up short in that department.

As a result, one must be content with enjoying the passing wit of the screenplay by Chris McKenna and Erik Sommers, which is agreeable if hardly dazzling, and the charms of the young leading actors, about which the same is true. When in doubt, the writers as well as the director fall back on their talents for smarty-pants humor, and reasonable mileage is achieved from the talent displayed by the four main young actors. 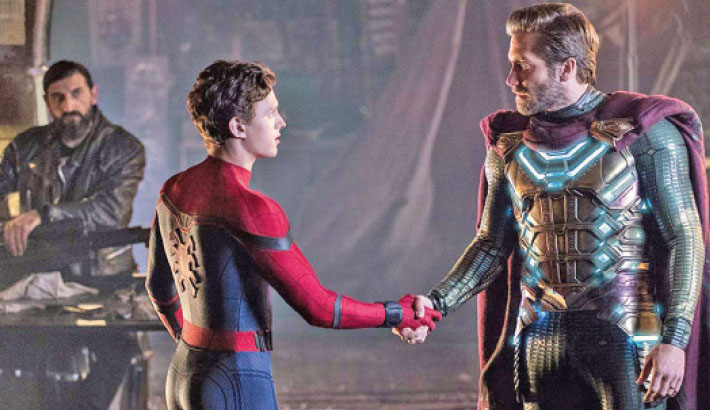