Bauls & Their Music: The Soulful Appeal 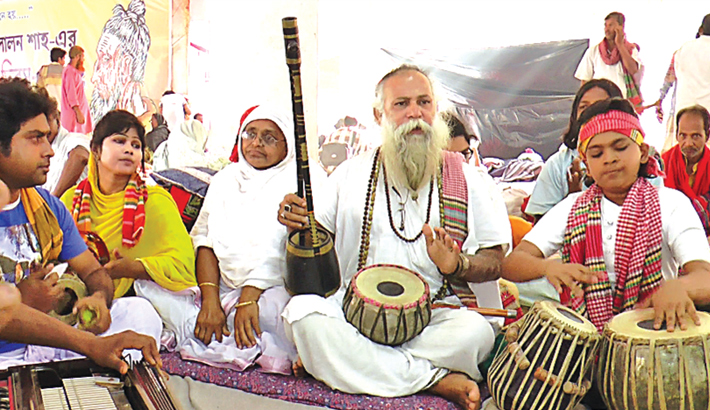 They believe in the principle - ‘what you possess within yourself is what exists in the universe.’ They are Bauls. The first mention of the term ‘Baul’ in history was found in a text from 15th century. According to scholars, this appellation denotes, among other things, a tradition, community, cult, spirit, class of mystics, philosophy, religion or an order of singers. The etymological meaning of the word Baul is also referred to identify the people who are crazy. But this craziness doesn’t indicate to any sort of anomaly rather this is stemmed from the extreme spiritual attainment they achieve. Their music is the spontaneous expression of their profound spiritual thoughts and their message to the mass people. Bangladesh is truly blessed as the riverine delta’s culture is contributed by hundreds of such Bauls, thinkers and philosophers. The people of this land have been encouraged by their songs to understand the philosophical meaning of life. They have been listening to their songs over the years. Therefore Baul music has been deeply rooted in the life and lifestyle of the ordinary people of this country.

Bauls have a separate religion and they follow that with utmost devotion. Their music is an essential part of their religious practice. The whole concept of Baul philosophy is inspired by the positive ethos of different religions. The Vaishnavism of Hinduism, the Sufism of Islam, and the Shahajia philosophy of Buddhism - all these are blended together to find a new form in Baul religion. Every religion has its own central book that clarifies its philosophy and principles. When it comes to Baul religion, followers of it have no divine manuscript rather it is the lyrics of the songs of Bauls that explain their religious philosophy that advocates for truth, universal humanity and peace. That is why the lyrics of Baul songs are filled with deep spiritual thoughts. But one cannot ignore the role of magical tunes of these songs. Tunes of Baul songs are as simple as their lyrics. They are graced by the essence of the soil of this region. Besides, these songs are composed in such a way that they are perfectly complimented by our local musical instruments. All these reveal that the initial target listeners of these songs were the mass people of this region. And now it can be stated that Bauls have become successful in achieving that goal. Albeit the people of this land didn’t embrace Baul religion in large numbers, they accepted Baul songs to find solace in life. 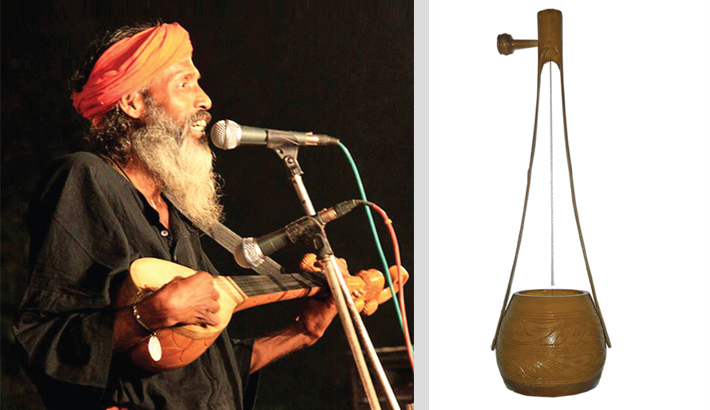 Thus the power of poesy of the rustic Baul bards set the art form as an epochal milestone in the cultural heritage of Bangladesh. Apart from the overall literary value of the works, the spirituality in their music, together with the Baul’s emphasis on living life in closest proximity with nature’s climactic cycles, cosmology, food habits, social rites and rituals, spirit of tolerance and secularism, makes it one of our most prominent cultural components. And with time the universal appeal of Baul music has spread throughout the world. There has been a surge in genuine appreciation of this musical genre globally, given that the corpus of the most celebrated sage of Baul music Fakir Lalon Shah’s works earned Bangladesh an entry into the UNESCO list of ‘Intangible Cultural Heritage of Humanity’ in 2005.

One special aspect of Baul songs are their tendency to simulate or copy. Some of the Bauls, having learned the songs from the guru, re-arrange the messages freely, which the teacher, far from considering plagiarism, accepts. Since the songs are mostly descriptive, the tunes are closer to the style of recitation, though, in case of questioning verses, the high and low cadence and jumps at rising notes are noticeable features of Baul song. Since the Bauls are not commercial or popular artistes, their voices are rather raw. That is in sync with their lifestyle, which lacks homeliness and the general idea of happiness. They don’t have vocal practice for tonal development or the practice of tunes for evoking specific feelings.

Nowadays we often see that modern artistes are making fusions while singing Baul songs but they neither can follow the original lyric and tune nor can achieve the spontaneity of the Bauls. Yet those are accepted as their performance somehow helps spread the secular philosophy of Baul music among the music enthusiasts of young generation. But to get the real taste of Baul songs, there is no alternative to watching the live performances of Bauls in the akhra.