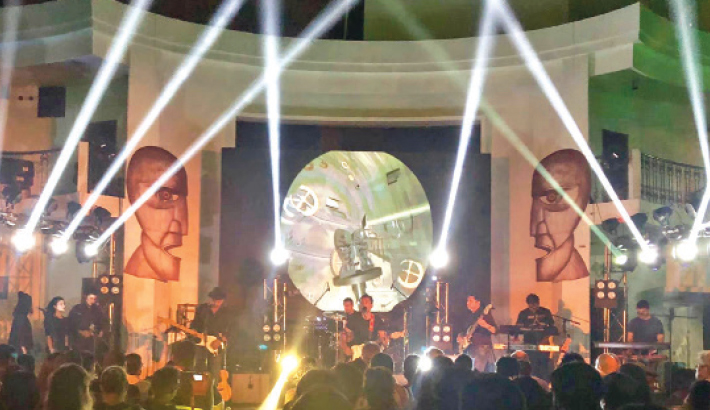 What else do you need in life other than a bit of love, a mug of coffee and Pink Floyd? Most of the rock music lovers are Floydians at heart. We have grown up listening to Pink Floyd. There is just something about their music that opens a new dimension for us. So when rock lovers in Dhaka city heard of a concert dedicated to Pink Floyd, moreover by the band ‘Stone Free’, nobody could resist it! And if that was not enough, the venue of the concert was just as much exciting. It was on the lawn of a great, grand, old building about to be demolished. The concert held on March 22 was aptly named ‘Another Brick In The Wall’. We simply could not contain our excitement and so contacted Chotu, vocalist and guitarist of the band Stone Free, to understand how the whole idea came to life.

“We have done similar concerts before back in 2009, 2010, and then we had a gap. This is actually our fifth installment,” said Chotu. He said it all happened when a group of friends were having lunch and one of them suddenly came up with the idea. “My friend’s house was about to be broken down. Someone had the idea that it would be cool to have a concert while the house is getting demolished. None of us could sleep that night because we couldn’t stop thinking about the idea!”

Cool ideas need to be realized and the band members got into work to make it happen. “We organized the show in around 3 weeks time! We had to keep everything in account- the weather, the date of demolishment, etc. We were expecting light during our event. Thankfully, it didn’t rain!” 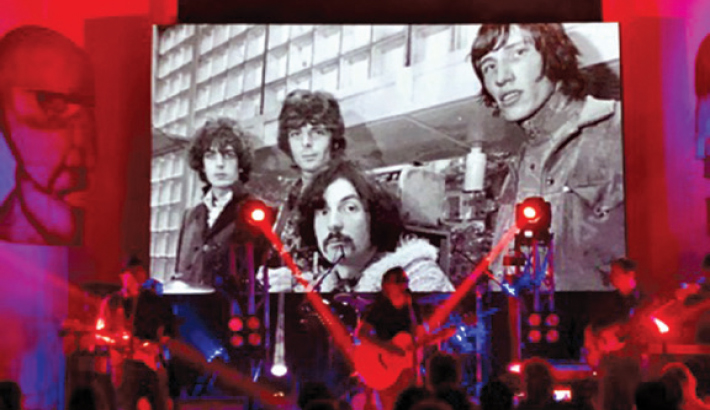 While the band has five members, to deliver the ultimate Floydian experience, there were 11 for this project. From the band, Chotu was on vocals and guitar, Mishu on bass, Fahim on lead guitars and vocals, Nadeer on percussions and Emon on drums. For that evening, there were also Saad and Apu on keyboards, Deepti, Saba and Dhrubo on backup vocals, Nazia on brief monologue and Arshad Amin on visuals and sound effects. Everything about the event was amazing. It was not just an event to attend, it was one to experience! “We have to give credit to the dynamic light engineer Ridwan and sound engineer Zakis (SAAS). Arshad Amin’s involvement in the event as Chief Experience Officer (in charge of quadraphonic sound and visual direction) made the event spectacular. We wanted the audience to experience the music, in a similar manner that’s done by the band Pink Floyd itself. I have been to two of their live performances. It was breathtaking. The band had experimented with the concept of quadraphonic sound back in the 70s. For example, when they were performing the song ‘Mother’, we heard the sound of a baby, coming from behind us. And as we turned back to the performers, the scene had changed. They had used the same trick a magician would use to keep everyone enthralled and mesmerized. We had put on different visuals and sounds for the same experience. For example, audience were able to hear the sound of seagulls or ships, coming from behind them to make them feel like they are at a beach or a port! We had the prism effect that is so integral of the band. I had asked the sound engineer to put the lights behind me during my solo acoustic performance since I wanted the audience to hear my voice rather than see me.” Well, there were many tidbits of the concert that made it one to be cherished for all time!

Since the concert was held in a residential area, the organizers had made sure nobody was disturbed. “There was a mosque nearby. So we spoke to them regarding prayer times, kept our performance off during those times so that it didn’t disturb anyone. Everybody appreciated the project. We hope to do more at some interesting locations. Perhaps we will do two more shows such as this one in Sylhet and Chattogram.”

“When the audience appreciated our efforts, we were so happy. One of them told me that they may not be able to go to a Pink Floyd concert, but this was the closest one to get. It was such a huge moment for us all”, concluded Chotu.