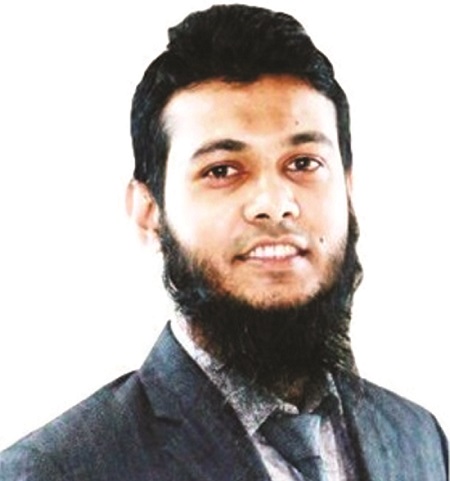 Azaz Zaman is a business graduate and an applied economist. Currently, he has been working as a Lecturer in Finance in the Department of Business Administration at Bangladesh Army International University of Science and Technology (BAIUST). Recently, he has been promoted to the position of “Assistant Professor”, which will be effective from Sep 16, 2019. Before joining BAIUST, he worked as a lecturer at the State University of Bangladesh (SUB) for one and a half years. He has also worked as a researcher in several national and international research firms including EPSCoR, USA, and the Institute for Policy, Advocacy, and Governance (IPAG). Mr Azaa worked as a research assistant in a multi-institutional collaborative project funded by National Science Foundation (NSF), USA, which includes researchers from different universities in the South-Central region of the USA, from 2013 to 2015. He has more than six published articles in national and international journals and a book chapter. He has attended many national and international conferences. Moreover, he was selected as one of the young researchers by the South-Central Climate Science Center (SCCSC), the USA in 2014. He also has conducted different training programmes at various organisations including the National Academy for Planning and Development (NAPD), Bangladesh government. Besides those mentioned, he has served as a GSA representative for the Graduate and Professional Student Government Association (GPSGA), the USA. He is also a successful corporate trainer. He presented many Harvard Business Review (HBR) articles to the corporate executives of the LabAid Group from 2017 to 2018. Personally, he runs an NGO named “Best Action” and an orphanage named “Madinatul Orphanage” in Satkhira district.

He earned his Bachelor degree in Business Administration majoring in Finance and Accounting from North South University (NSU) and an M.Sc. degree in Applied Economics from Oklahoma State University, USA.

University life: How to make it interesting

School of Jungle: Lessons to Learn from Lion