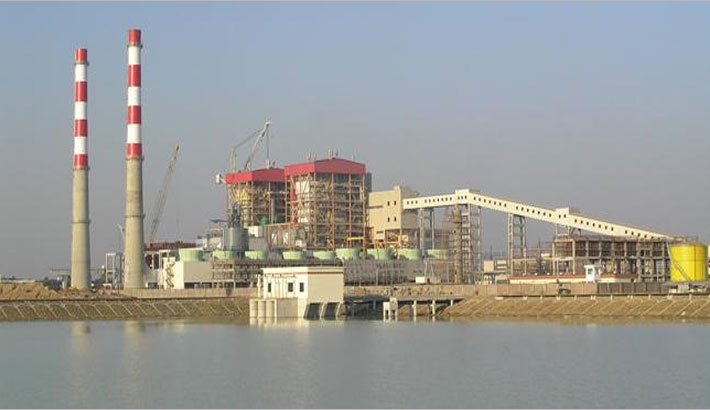 Bangladesh Power Development Board (BPDB) has proposed to construct Khulna-Mongla Port rail line and conduct a feasibility study on implementing the Rampal power project.
The BPDB has included a project titled ‘Construction of Khulna-Mongla Port Rail Line and Feasibility Study’ with the Rampal 1320MW coal-fired project under Indian line of credit.
To implement the proposed Tk 17.21 billion 67.7-km broad gauge rail link project, the government will support Tk 12.02 billion fund from the Indian line of credit.
In a recent proposal, the BPDB acting secretary Mazharul Haque said the proposed Rampal power project would be constructed for generating electricity from imported coal.

The government has also planned to construct another 1320MW coal-fired power project at the site, he informed to power division.
“Around 1800 tonnes of ash would be produced as by-product from each of the proposed power projects that would be used for producing cement, brick and road construction,” he said.
Besides, around 312 tonnes of limestone would be imported for Flue Gas Desulphurization (FGD) for the proposed plant, he added.
“So it is necessary to include a rail link with Rampal plant to carry coal from local sources to the plant, imported limestone for FGD and construction materials,” he justified.
But, the Ministry of Railway said there is no option to include a rail line to the project as the ministry has already appointed contractor.
The Bangladesh Railway has a plan to complete the project within 2019-20. It has also sought information from Rampal authorities about coal transportation.
The estimated cost of the 1320MW Rampal coal-fired power plant has soared to $6 billion from initial estimation of $1.5 billion as an international lender indirectly refused to provide soft loan for the project amid widespread environmental concerns centering the project.
The Bangladesh India Friendship Power Company Ltd (BIFPCL) was scheduled to hold road shows in South Korea and Japan to mobilise fund for the project, but later scrapped the plan due to reluctance of Korean funding agencies.
International funding agencies are reluctant to fund the project amid concerns over the project’s environmental impacts on the Sundarbans, the world’s largest mangrove forest.
UK-based Guardian recently reported that three French banks said they will not invest in Rampal power plant in Bangladesh. As the plant struggles for funding, a report says it is non-compliant with the minimum environmental and social standards.
Earlier on 5 June this year, environmental organisations including the National Committee for Saving the Sundarban, Bangladesh Poribesh Andolan, Bangladesh Environmental Lawyers Association, and Poribesh Bachao Andolan renewed their call to scrap the Rampal plant for the sake of Sundarbans.
The Ministry of Environment and Forest (MoEF) had already formed a 14-member high-powered inter-ministerial committee to prepare recommendations over environmental impact of the proposed Rampal Power Project (PP), impact of recent oil spill and protection of the Sundarbans, and details report on Sundarbans.
But since the formation of the committee, the ministry could not hold any meeting, sources said.
The Rampal power project was planned to be set up in a joint-venture between the Bangladesh Power Development Board (BPDB) and the National Thermal Power Company of India, with 30 percent equity on equal share basis.The rest of the fund has been planned to be mobilised as Export Credit Agency (ECA) loan.