City Transportation service is a big mess for mass population of city people. Currently 21mn people live only in Dhaka City and approximately 8-10mn commuters, businessmen, service holders, daily workers and students go out every day for livelihood or for different purposes. Millions of people use private transport; still approximately 6 to 8mn people use public transport. Think how many travellers there are on metro roads.

Standard of this public transport system is really poor in terms of vehicle quality, behavioural pattern of drivers and service providers, operational mood and overall management of transport system. Like many developing-country capitals, Dhaka’s infrastructure doesn’t match the scale of its population. Just 7 per cent of the city area is covered by roads, compared with around 25 per cent of Paris and Vienna and 40 per cent of Washington and Chicago, according to one analysis. Dhaka also suffers from the absence of a deliberate road network, feeder streets leading to arterials connected to highways. There are 650 major intersections, but only 60 traffic lights, many of which don’t work. That means the already stretched-thin police force isn’t enforcing driving or parking rules—they’re in the intersections, directing traffic.

A number of mega projects is considered to improve service the mass transportation i.e. MRT which gives a ray of hope for the city commuters. Yet again there will be significant demand and vehicle/bus occupancy in metro roads for mass transportation. Travelling by bus is convenient for young students and commuters due mainly to affordable fares and accessibility. Some of these buses even offer special discounts for university and college going students. When travelling by the bus one cannot deny that extensive routes and numerous stoppages have always been a problem and it’s got worse when people want to get into the bus chaotically from different points.

We are living in the world of digitization and this light of digitization has to pour to every specialized area but we are yet to find much there in transport industry. There are number of e-ticketing platform like shohoz and others for selling ticket for inter-district level. We need to look around how digitizing the operation mood of existing public transport helps developing the in inter-city bus service for Dhaka. This is a must as we should look for the betterment of people lives. If you ever use public transport or if you look around the people who uses daily mass transport, look at their daily journey they go out of home, look for bus at the stoppages, buy the same tickets every day and then indulge in a long fight to get into the bus, in the process they sometimes get injured. Why are we not providing daily commuters a simple single ticketing solution for this? Launch a smart metro card solution for city and metro public transport users. User will purchase the card once and recharge every time they need it. They can recharge from the counters or from internet. The service provider will install the device at bus doors, every passenger just need to swap the card and based on stoppage KM covered pre-schedule bill will be deducted from his/her cards/ account. This simple digital initiative can bring a big value in the overall transport management of Bangladesh and can be the starting point to develop the entire transport system to the next level.

The solution can be more robust, easier than what I suggested here and the overall benefit of digitizing the mass transport joinery is beyond the imagination. It can be a three fold development or benefit. 1) Service Experience for mass people of the country. Mass people will enjoy right and quality transport service. 2) Return/ Benefit for the investors - being a middle income country people are to some extend ready to reasonable price against right experience; hence investors have good chance to have higher return through charging reasonable premium. 3) Proper management of transport service will save our time in the road, bring discipline in traffic system and people who engaged this echo system thus it add more value to country’s macro economy.

The arrangement can be made with any digital/telecom service provider in partnership with govt /private organisations along with bus owners’ association and produce metro card solution as a hassle-free ticketing solution for all metros or cities in Bangladesh instead of daily ticketing for the same route by the same persons. Card charging can be done through digital platform MFS points/ DOB.

I agree this only solution might not give us relief from what mess we have in this area in totality. There are diverse problems in the road for mass transport system. The cost of Dhaka’s traffic congestion is estimated at $3.8 billion a year, and that’s just due to delays and air pollution, not the less-tangible losses in quality of life and social capital. Besides pedestrians, the narrow lanes are shared by bicycles, rickshaws, scooters, motorcycles, CNGs, buses, and cars. All these modes take up a different amount of space and have different top speeds. It’s like a version of Tetris where none of the shapes fit. Most people you talk to in Bangladesh blame the traffic jams on the rickshaws but there are too many of them. The government is under pressure to designate some lanes as car-only to build wider roads and overpasses, to take the slow traffic out from in front of the fast. Let’s start some point and gradually built on with right ecosystem will help to overcome struggle of people daily life. 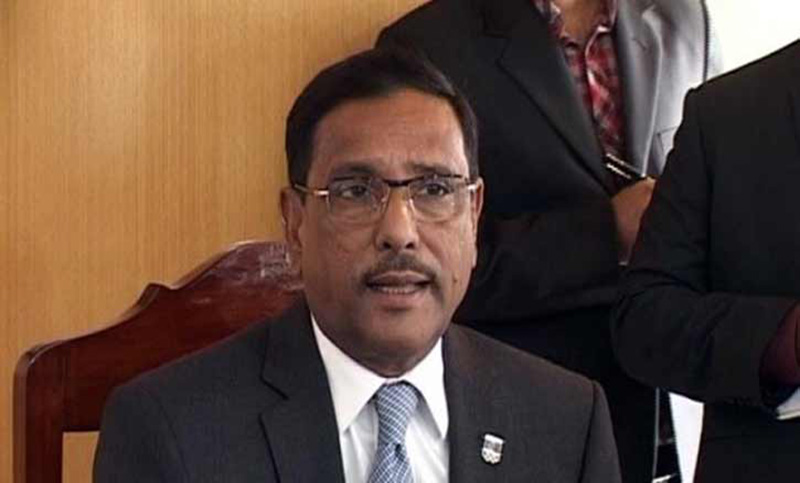 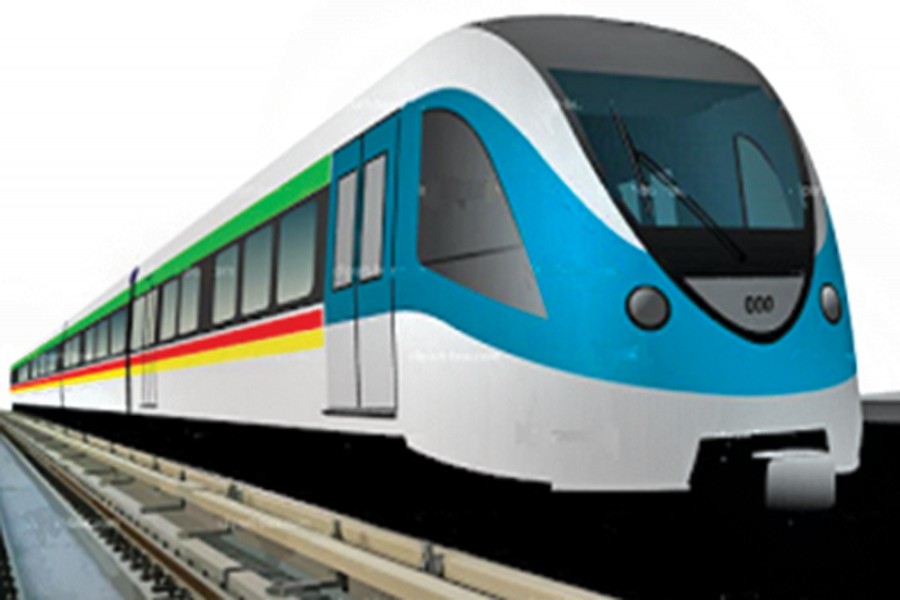 Government plans another metro rail from Airport to Kamalapur via Purbachal 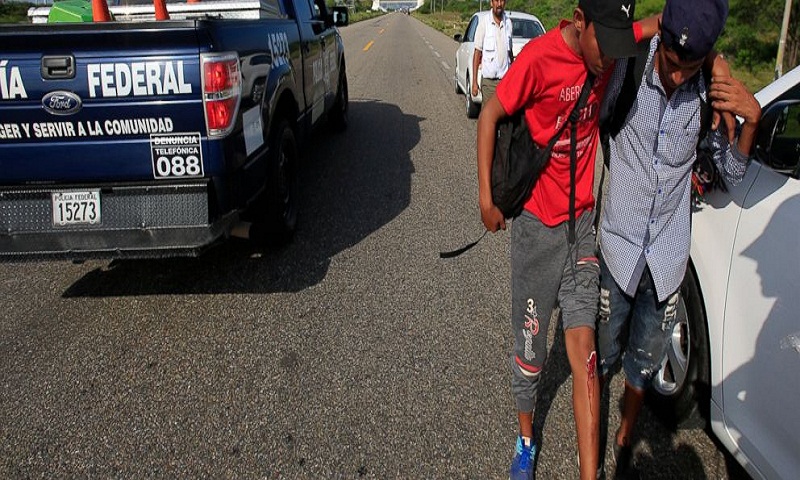 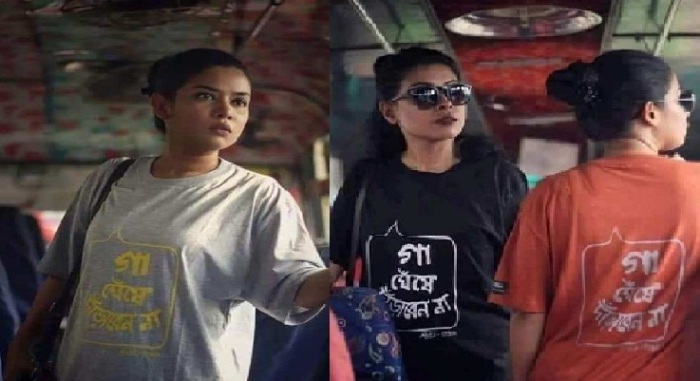 ‘Don’t stand close to the body’ 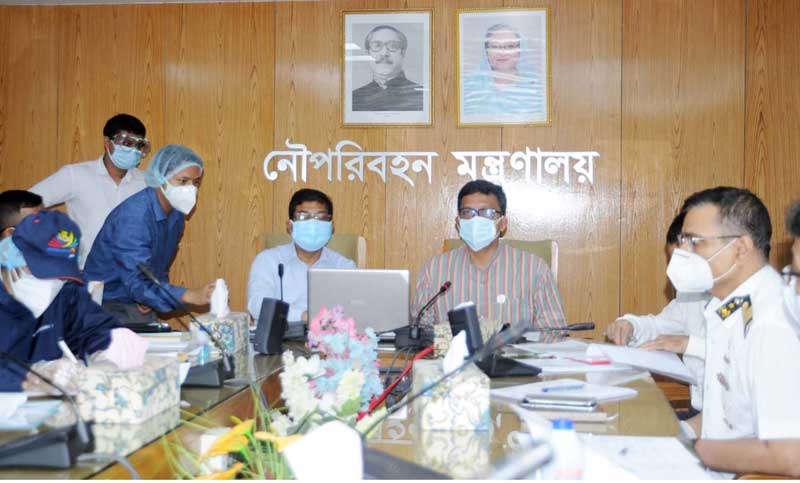 Only goods vehicle to remain suspended for 9 days during Eid: Khalid 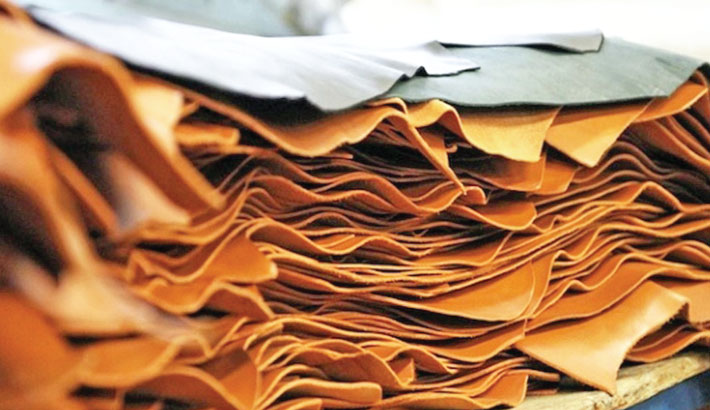