Dhaka University in the Emergence of Bangladesh – Part- V

On February 28th, Bangabandhu Sheikh Mujibur Rahman got a hint of genocide while talking with US Ambassador Joseph S. Farland. Earlier, Farland had made a kind of proposal to Bangabandhu to have independence from Pakistan without bloodshed subject to some pre-conditions. Bangabandhu being displeased with his humiliating proposal slid back. Then efforts were set in motion to make 7 March as the unofficial date for declaration of independence. In fact, he made a declaration which is a little short of Independence on 7 March and outlined the possible strategies of the liberation war. Then a prolonged fruitless discussion took place with Yahya Khan and his cohorts. In March, Dr. Abu Hena an emissary of Bangabandhu was sent to contact Chaitta Sutar to assess the progress. He returned satisfied. Perhaps in the last week of March; Bangabandhu decided to leave for India to declare Independence but somehow retreated. At almost the same time, Bangabandhu contacted the US authority with the hope of getting overpass and training. Perhaps the result of this contact was finalisation of the training arrangement at Dehradun. In the middle of all the crises and ambiguity, Bangabandhu consented to a proposal for a confederation based on the Lahore resolution with Pakistan for the time being. This would have provided the authority of handling the monetary system, including banking and the country's defence system with the centre. At the last moment, Bangabandhu realised that this arrangement would not materialise freedom for his people in his lifetime or his dream of Independence might not materialise at all or at any time. He summoned the 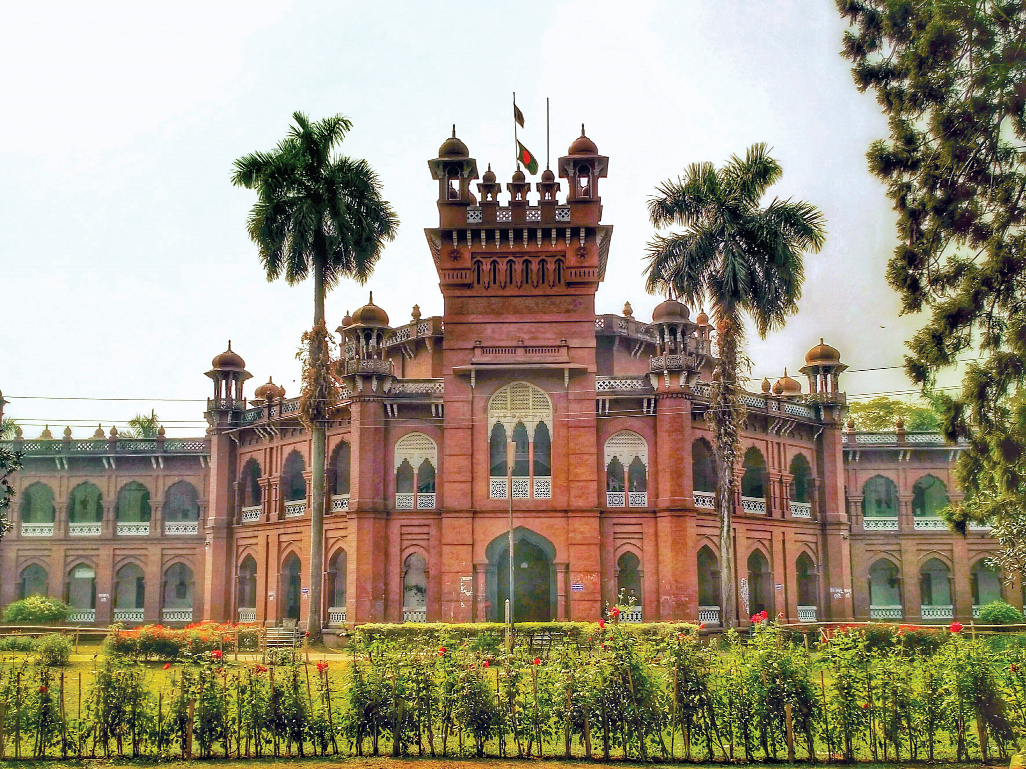 four youth leaders along with Sheikh Shahidul Islam, Shahjahan Siraj, Nur-e-Alam Siddiqui and discussed the ways of retreating from the apparent agreement reached between his deputies and men of Yahya Khan. At least Bangabandhu expressed his adamancy to keep the monetary system and the country's defence with each of the provinces. He played for all these tricks knowing it full well that Yahya would never accept it, rather would react violently. That was what happened.

An angry Yahya left Dhaka on making explicit order of Operation Search Light to inflict the final blow. It was then and there the war began, the responsibility of which fell on Yahya's shoulders. Bangabandhu remained out of blame because nobody except his close associates understood the trick. Anticipating what would happen; Engineer Nurul Haque was brought from Khulna and kept ready to declare independence through his powerful transmitter. Nurul Haque was explained the overall responsibility and consequences of the declaration of independence which he accepted enthusiastically. Before Yahya's crackdown, Nurul Haque transmitted the following announcement from Baldha Garden:

“This may be my last call, from today Bangladesh is independent. I call upon the people of Bangladesh wherever you might be and with whatever you have, to resist the army of occupation to the last. Your fight must go on until the last soldier of the Pakistan occupation army is expelled from the soil of Bangladesh and final victory is achieved.”

Nurul Haque broke the transmitter at the behest of Bangabandhu soon after sending the message. Although Siddique Salek was the first to say about this in 1971 to David Losak, without mention it Nurul Huq; Tikka Khan once again disclosed it to Musa Sadiq and Rezaur Rahman in 1988.

The second declaration of independence was sent by Subedar Major Shaukat Ali from the mast of Chief of the then EPR. Because, then, all other sending machines were taken over by Pakistanis, The message read as under:

“Message to the People of Bangladesh and the people of the world. Rajarbagh Police Camp and Peelkhana EPR suddenly attacked by Pak Army at 24:00 hours. Thousands of people killed, Fierce fighting going on. Appeal to the world for help in freedom struggle. Resist by all means. May Allah be with you. Joy Bangla.”

Earlier at around 10.30 pm, he told journalist Ataus Samad, and later on his assistant Haji Ghulam Morshed that we were independent. Even before that, he directed Zahur Hossain Chowdhury in Chittagong to fight against the enemies because he had the full details of what was going to happen.

Resistance wars broke out in few places before the official declaration of independence and after the crackdown. This battle lasted for a few hours at some places and several days at others. When Bangabandhu was taken as a prisoner to Pakistan, his able colleagues took the lead in the war, crossed the border, spoke to Indira Gandhi, and agreed to form the government.

During the war, President Bangabandhu Sheikh Mujibur Rahman was confined in a Pakistani jail. His immortal poem of March 7, 1971, “This time, the struggle is for our emancipation, this time struggle is for freedom” was a source of constant inspiration for the warriors and general mass. His call to build a fort in every home was properly reared and obeyed. The fighters resisted the enemies with whatever they got at hand and kept on fighting till the victory with the help of Indian Allied forces was attained.

Pakistan made endless attempts to arrive at some kind of compromise, which Bangabandhu rejected, even when he was awarded a death sentence for sedition.  He did not even appoint a lawyer in his defence. He avoided the lawyer employed by Pakistan. Though interned in Pakistan, the liberation war continued on his instructions and ideals. There was an attempt to secure release of Mujib at the cost of independence especially by Mostak, Zahirul Qayyum, Mahbub Alam Chashi, Hossain Ali, but Bangabandhu's dedicated colleagues and Mujib Bahini members remained adamant on both Mujib’s unconditional release and independence of Bangladesh. The attitude of the Government of India was similar to that of the last ones.

On way to vaccine production