Developed countries usually undertake in-depth research, assess pros and cons, identify challenges, address all relevant issues and finally establish all controls prior to launching any new product in the market. However, cryptocurrency is an exception where a gross deviation has been noticed in the standard practice of the developed world as they have not only allowed this digital currency without ensuring adequate control in place but also allowed this sector to grow unbridled. In the developed world everything from plumbing to aircraft flying requires strict regulation whereas such high value means of transaction was allowed to continue for the last ten years without any regulation. This highly sophisticated and extremely technological based financial product is getting rapid popularity among the rich and even common people what is posing new compliance threat to the regulators.

Crypto’s growth: Initially when cryptocurrency was privately launched, authorities did not pay that much attention assuming that this will not gain any acceptability among the common people. The authorities had assumed that digital currency which is not legal tender, nor even endorsed by the government. authority, cannot be widely accepted as a means of settling transactions or investment vehicles and therefore, authorities did not think of putting regulation and control on it. However, the assumption made by the govt. authority did not hold true as this digital private currency has not only gained significant popularity but also has emerged as a high yielding investment opportunity. During the last one decade, cryptocurrency has become a multi trillion dollar financial market. Innumerable people have invested in digital currencies. Value of cryptocurrencies have been exorbitantly appreciated and Bitcoin, which is the most popular crypto, is a pioneer in maintaining higher value. Many large investment companies have been actively involved in carrying out transactions in cryptocurrency. Coinbase Global Inc. has been established as a cryptocurrency exchange. Even one of the largest investment companies, Fidelity Investments, has recently tried to build a presence in cryptocurrency investment. Cryptocurrency has become so popular among the investors that cryptocurrency exchange, Coinbase, has recently had a spectacular initial public offering valuing the company at $86 billion.  Since the crypto market has already emerged as an attractive revenue generating avenue for financial institutions in the developed market especially in the USA, many major banks including JP Morgan Chase and Goldman Sachs Group Inc are actively considering to enter into this multi trillion-dollar industry. Coinbase and Fidelity along with other crypto companies have recently formed Crypto Trade Association what will play the role of collective bargaining platform.

Crypto posed a severe compliance threat: Alongside gaining rapid popularity, this digital currency has also posed a severe compliance threat to the financial industry. Even the success so far achievedin fighting against money laundering and terrorist finance, will be at stake if cryptocurrency is not put under the same degree of control and regulation. First blow of compliance threat by cryptocurrency came up just months back when a criminal gang hacked Colonial Pipeline Co. in the USA and was able to shut down 45% pipeline channel of East Coast fuel supply. The criminal demanded ransomware in Bitcoin or another cryptocurrency. Ransomware is now the fastest-growing problem in the world and even the developed countries are also becoming victims of ransomware. In 2020, almost $350 million worth of cryptocurrency has reportedly been paid to the wallet addresses associated with those attacks, which is four times higher than 2019. For online crimes, Bitcoin is considered as the most preferable mode of payment because not only it is easy to get but also, it holds its value better than other cryptocurrencies.

Crypto experts are divided: Cryptocurrency’s rapid popularity and its compliance threat has caused paradoxical reactions among the crypto experts. One group has been vehemently opposing this currency while the others are strongly advocating in favor of this currency. Even debate, argument and counterargument have become a common phenomenon between these two rival groups which is being regularly reported in the local media. Charlie Munger, Vice Chairman of Berkshire Hathaway Inc, has branded cryptocurrency as useful to kidnappers and extortionists and contrary to the interest of the civilization. In response to his remark, some crypto lovers have slapped him saying that he is too old to understand technology. One crypto investor, Michael Saylor, has expressed his reaction by asking the question that “do you go to your great grandfather for investment advice on new technologies?”.

New regulatory measures: Compliance threat posed by cryptocurrency has stirred the govt. authorities and regulatory bodies of the developed world who are now going to rectify their mistake of allowing digital currency without proper regulation and thus going to introduce regulatory measures on it. The US Govt and regulators of almost all developed countries are going to crackdown on cryptocurrency. Regulators will be trying to scrap the anonymity character of digital currency which makes Bitcoin and other cryptocurrencies have become a haven for hackers and other criminals. Financial Action Task Force (FATF), which sets standards for the world’s anti-money laundering authorities, has also expressed concern over the anonymous character of cryptocurrency. FATF has cautioned that countries should compel the crypto company and its technological platform provider to collect information about their users’ activities even if the operators themselves don’t have custody of the users’ wallets. It is learnt from local media that at the beginning of May, US Treasury Secretary, Janet Yellen attended the Wallstreet Journal CEO Council Summit where she categorically mentioned that we do not really have an adequate framework to deal with different issues that they pose from regulatory perspective. She further mentioned that crypto’s use in illicit activities is a topic well worth addressing. At the last stage of previous US Administration, the U.S. Treasury Department proposed rules that would require banks, exchanges, and anyone else dealing in Bitcoin or cryptocurrency to make greater effort to discover the true identities of people who will be the party of cryptocurrency transaction which cannot be implemented due the change of the administration.

Coexistence of legal tender and private tender:  People may think that regulation and control may reverse the crypto’s growth and even, the intrinsic value of this private digital currency may drastically slide which will restrict the popularity. To what extent the proposed regulation on cryptocurrency will impact remains to be seen in future. However, it is apparent that unbridled growth with anonymous feature of this currency will of course be restricted. This digital currency has already become an integral part of the world money market, so govt. and regulators will have to considerably introduce regulation and control so that the existence of this currency is not adversely impacted. In this connection Coinbase and other crypto companies have already employed lobbyists and former government officials to make their case. This digital currency’s rapid popularity and regulators' determination to put it under regulation suggests that there will be a new reality in the world financial market where private digital currency and legal tender will coexist like treasury bonds and commercial bonds.

The writer is a banker currently based in Toronto Canada 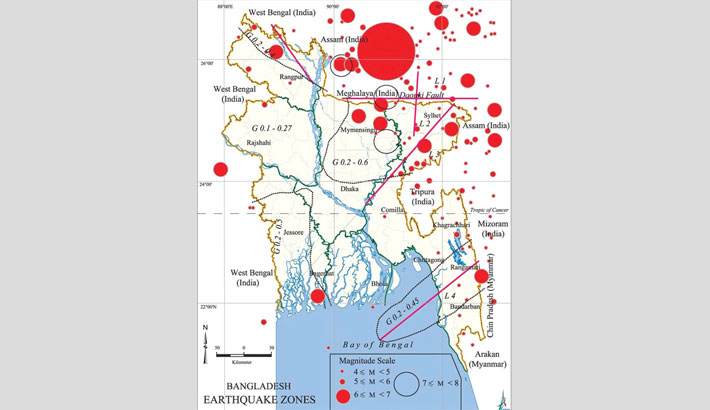