Mamata loses to her ex-aide in Nandigram 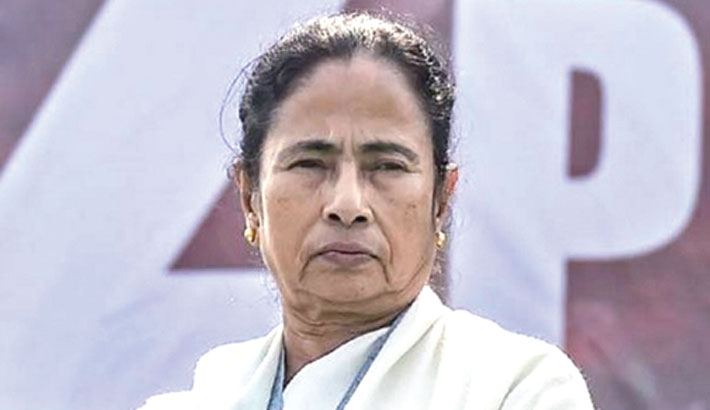 KOLKATA: Mamata Banerjee on Sunday won a landslide victory in West Bengal but lost in a cliffhanger in Nandigram to the BJP’s Suvendu Adhikari, her former protege. “I accept the verdict in Nandigram - it is not a big deal. Don’t worry,” said the Chief Minister, reports NDTV.

The yo-yo trends in counting through the day saw Mamata Banerjee and Suvendu Adhikari alternately leading in different rounds, by margins ranging from six to 12,000.

Suvendu Adhikari was declared winner by 1,736 votes, not long after the Trinamool tweeted: “The counting process for Nandigram has not been completed. Please do not speculate.”

The Bengal Chief Minister trailed Suvendu Adhikari in the early rounds of counting, which dimmed her party’s euphoria over its spectacular victory. She scraped past him and managed a 1,200-vote lead in the afternoon. When the results seemed to be going the way of her former lieutenant, she shrugged it off.

“Let the Nandigram people give whatever verdict they want, I accept that. Nandigram was a sacrifice that was needed in the larger victory. We have won the state,” she said.

“Whatever happened is for the best. I will not have to go that far regularly now, I am saved in that way. But I will go to the court because I have heard there were some malpractices,” she said.

Nandigram is the town that catapulted Mamata Banerjee to power for the first time in 2011 and winning here serves as a big message to aides - mainly Adhikari—who ditched her this time to cross over to the BJP.

In 2011, Suvendu Adhikari was by Banerjee’s side as she campaigned for farmers’ land rights. He became an MLA in the constituency and for years, the Adhikari family had a firm grip over Nandigram. But in this election, he was weaponized by the BJP against the Chief Minister, who was pitched as an “outsider” in Nandigram.

Suvendu Adhikari’s switch to the BJP in December led to mass defections that left Ms Banerjee without many of her loyal aides.

Stung by Adhikari’s betrayal, Banerjee decided to take the fight straight to his stronghold to prove a point. She gave up her constituency Bhowanipore in Kolkata. In her speeches, she said she chose to contest Nandigram “to salute the Nandigram movement” and promised she would never abandon the constituency.

It is while campaigning in Nandigram that the 66-year-old Chief Minister suffered a leg injury; she accused the BJP of a role in the incident, in which her leg was allegedly crushed by her car door by the press of a large crowd. For the rest of the campaign, she was in a wheelchair, taking on the collective might of Prime Minister Narendra Modi, Indian Home Minister Amit Shah and multiple BJP leaders from outside.Suvendu Adhikari has vowed to quit politics if he didn’t defeat Mamata Banerjee by more than 50,000 votes. Taunting his former mentor, Adhikari has also asked her to be ready with a letterhead that says: “Former chief minister”.