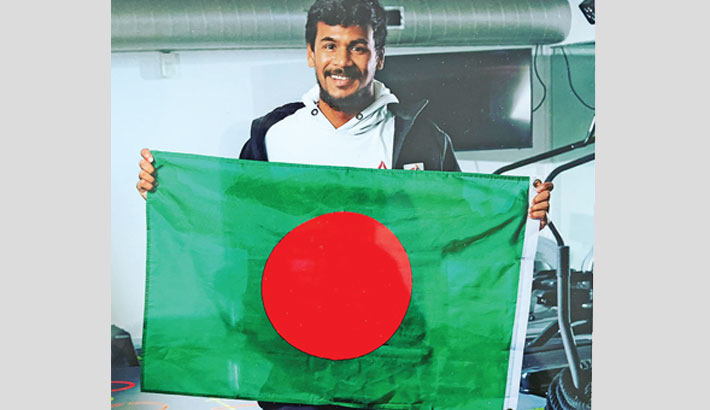 National swimmer Ariful Islam became the second Bangladeshi contestant to receive a wild-card entry in the upcoming Tokyo Olympics after Bangladesh Swimming Federation confirmed him for the meet.

“We sent his name (Ariful) to the National Olympics Committee today. Ariful is selected for his event 50m freestyle. We also considered him due to his three-year scholarship in France under the Olympic solidarity program,” BSF General Secretary MB Saif told The Daily Sun on Sunday.

The Tokyo Olympics is scheduled to be held from July 23 to August 8. Earlier archer Ruman Shana earned a direct qualification entry for Bangladesh for the meet. Bangladesh Navy swimmer Ariful expressed his joy after getting selected for the Olympics and hoped to take more preparation in the coming months.

“I'm overjoyed with my selection. I can now fully concentrate on my training and improve the performance level. Thankfully, I've got more than two-month for preparation,” Ariful said.

Bangladesh Olympic Association earlier sent a list of three swimmers to BSF -- Junaina, Ariful Islam and Jewel Ahmed -- to finalise two names for the wild-card entry in the Olympics.