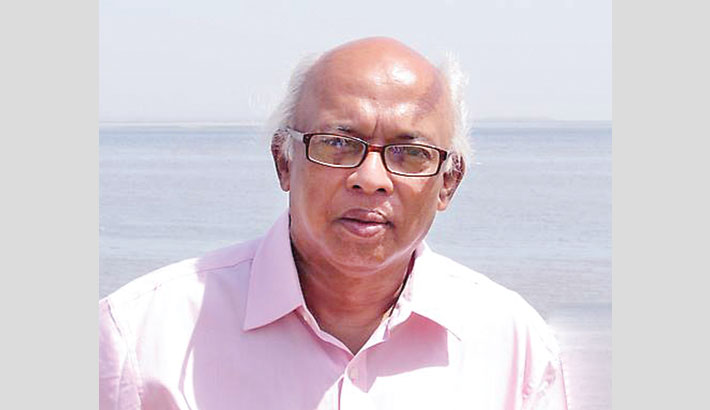 Bangladesh’s agony and struggle for freedom hit global capitals with force and fury by early April 1971. In the era of the Cold War, the evolving crisis, engendered by the repressive action of the Pakistan army beginning in late March, swiftly drew the attention of the world to a point where it became obvious that the crisis in South Asia would be a long-drawn one.

Tajuddin Ahmad, the general secretary of the Awami League, made his way from Calcutta to Delhi with his party colleague Amir-ul Islam on 1 April. Two days later, Tajuddin met Indian Prime Minister Indira Gandhi, to whom he spelt out the background to the crisis. Tajuddin Ahmad met the Indian leader for a second time on 4 April. Over the next few days, developments within the Bangladesh camp would be defined by a sense of urgency. On 4 April, a meeting of Bengali officers of the East Bengal Regiment and East Pakistan Rifles at Teliapara decided that guerrilla warfare against the Pakistan army, to be conducted under the authority of a government, had become an imperative. Col MAG Osmany was the spontaneous choice of the officers to lead the military struggle.

The Mujibnagar government formally took shape on 17 April, but a week earlier on 10 April, Tajuddin Ahmad, assuming charge as Prime Minister, made it known that a government, the very first in Bengali history, was in place through a radio broadcast on 12 April. It will be recalled that on 6 April, KM Shehabuddin and Amjadul Haq, two young Bengali diplomats at the Pakistan High Commission in Delhi, repudiated the army action in Bangladesh and switched their allegiance to the fledgling state even before a government for the embattled country had been formed. On 18 April, a day after the Mujibnagar government was sworn in, Pakistan’s Deputy High Commissioner in Calcutta, Hossain Ali, a Bengali, turned his back on Pakistan along with his officers and staff. The mission quickly became Bangladesh’s mission in Calcutta.

Around the globe, the repercussions of the repression in Bangladesh, indeed the killings by the army, were increasingly being felt. On 2 April, Soviet President Nikolai Podgorny, writing to Pakistan’s military ruler Yahya Khan, expressed his worries about the situation. He made ‘an insistent appeal for the adoption of the most urgent measures to stop the bloodshed and repression against the population in East Pakistan and for turning to methods of a peaceful political settlement.’ Podgorny’s letter certainly did not make the junta happy. But it did feel somewhat easy when on 12 April Chinese Premier Zhou En-lai stressed Beijing’s support for Islamabad because in its view circumstances in Dhaka were ‘purely an internal affair of Pakistan.’

In early April, General Khadim Hossain Raja, who had supervised Operation Searchlight on the night of 25 March and on the following days, returned to West Pakistan. Meanwhile, General Amir Abdullah Khan Niazi arrived in Dhaka to take over as zonal martial administrator from General Tikka Khan, who continued as Governor of ‘East Pakistan’. At his first meeting with his officers in Dhaka cantonment, Niazi let loose a torrent of expletives against Bengalis, which would be followed by a continuation of the pogrom over the next nine months. Early in April, the junta announced the arrest of Dr. Kamal Hossain, who had throughout the March negotiations been part of the Awami League team in the talks with the regime and the Pakistan People’s Party.

At a point in the earlier part of April, confronted by claims by the Bengali exiles that Bangabandhu Sheikh Mujibur Rahman was physically providing leadership to the liberation struggle, the junta released a picture of the Bengali leader, in detention and flanked by two policemen, seated in grim manner at Karachi airport. The picture was flashed across all newspapers in Pakistan. On 21 April, Moulana Abdul Hamid Khan Bhashani, President of the National Awami Party, who had linked up with the Mujibnagar government as member of an all-party advisory council, dispatched separate letters to UN Secretary General U Thant, the Soviet troika comprising Leonid Brezhnev, Nikolai Podgorny and Alexei Kosygin, China’s Mao Zedong, US President Richard Nixon, French President Georges Pompidou, British Prime Minister Edward Heath, Yugoslav President Josip Broz Tito and Egyptian President Anwar Sadat, appealing to them to accord recognition to the Bangladesh government.

The atrocities in Bangladesh drew the swift attention of American politicians, though it did little to move the Nixon administration. On 1 April, speaking in the US Senate, Senator Edward Kennedy and Senator Fred Harris dwelt on the sufferings of Bengalis that had begun to have them make their way to safe sanctuary across the frontier in India. Three days later, on 4 April, Lord Fenner Brockway spoke at a public rally in London. He called for the release of all political prisoners and withdrawal of the army from East Bengal and demanded that the newly elected National Assembly be called into session.

On 24 April, General Yahya Khan convened a meeting in Rawalpindi to explore the ways and means of handling a growing economic crisis caused by the army action in Bangladesh. It was decided at the meeting that Pakistan would seek from its overseas donors a moratorium on its debts for some months.

And on 28 April in Washington, where the Nixon administration was already giving impressions of a tilt toward Pakistan, National Security Advisor Henry Kissinger submitted a memorandum to the President outlining three choices before the US government over the Bangladesh crisis.  The first related to giving full support to the Yahya regime over its policy in Bangladesh; the second explored the idea of what Kissinger called ‘genuine neutrality’; and the third was one of Washington making efforts to help Yahya Khan end the conflict and have arrangements in place for autonomy to be given to East Pakistan. Four days later, President Nixon, preferring the third option, had this response to Kissinger: “To all hands. Don’t squeeze Yahya at this time.” It was clear Nixon and Kissinger were not inclined to condemn the junta but were adopting a sympathetic attitude toward it. Plans for the trips to China, first by Kissinger and then by Nixon, through Yahya Khan were already in the works.

The global media began to run extensive stories on the massacres in Bangladesh by early April. On 5 April, Newsweek carried the cover story, ‘Pakistan plunges into civil war.’ On the same day, TIME magazine headlined its report, ‘Pakistan: Toppling Over the Brink’. A week later, on 12 April, Newsweek’s new story was aptly headlined, ‘Pakistan: Death of an ideal.’ Sometime in mid-April, General Yahya Khan toyed with the idea of imposing a constitution, the enactment of which would have been the task of the aborted National Assembly, on Pakistan. He appointed a committee comprising MM Ahmed, Justice AR Cornelius, General SGMM Peerzada and Prof GW Chowdhury to draft the constitution.

It is a travesty of history that on 16 December 1971, after Pakistan’s forces had surrendered to the Indian army and Mukti Bahini in Dhaka, the regime carried on with its delusions. Khurshid Mahmud Kasuri, who has served as Pakistan’s Foreign Minister, notes in his work, ‘Neither a Hawk Nor a Dove: An Insider’s Account of Pakistan’s Foreign Policy’:

“I was in the lobby of the Intercontinental Hotel (now Pearl Continental) in Rawalpindi, and could not believe that, at a time when the country had been dismembered, copies of a document were being distributed to journalists, both foreign and local, inside the hotel lobby. On inquiry, I was told that this was the new Constitution that General Yahya Khan was trying to have promulgated. This was truly astounding, and highlighted the world of make-believe that General Yahya Khan and his colleagues were living in.”

April 1971 set a whole train of diplomacy and politics into high gear over the Bangladesh question. It would be a year of unmitigated suffering, of endless bloodletting for Bengalis. Geography would be reconfigured and geopolitics would acquire a new dimension, all within the parameters of the Cold War.

Syed Badrul Ahsan is a writer and