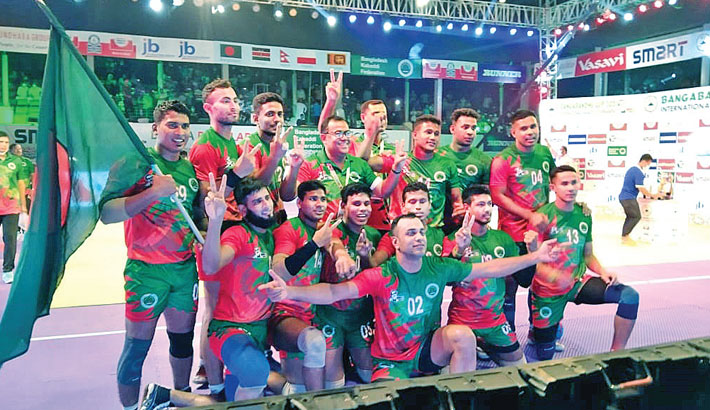 Bangladesh emerged unbeaten champions in the five-nation Bangabandhu Cup 2021 International Kabaddi Tournament after beating Kenya by 34-28 points in the final at the Shaheed Nur Hossain National Volleyball Stadium in the capital on Friday.

Bangladesh captain Tuhin Torofder was adjudged player of the tournament while his team-mates Arduzzaman was adjudged the man of the final and Monirul Islam was named the best catcher. Kenya’s James Kamweti bagged the best raider award.

Tuhin said that he is proud to lead the team to the title.

“I feel proud as I led the team to the championship title. The tournament helped us a lot. We got some new players. Now our target is the upcoming Asian Games and ISSF Solidarity Games,” he told The Daily Sun after the match.

Bangladesh earlier won all four league games to reach the final as unbeaten.

The last time BKF arranged an international kabaddi tournament was back in 2013 -- Independence and National Day Kabaddi for men in March and International Invitation Kabaddi for women in August that year.