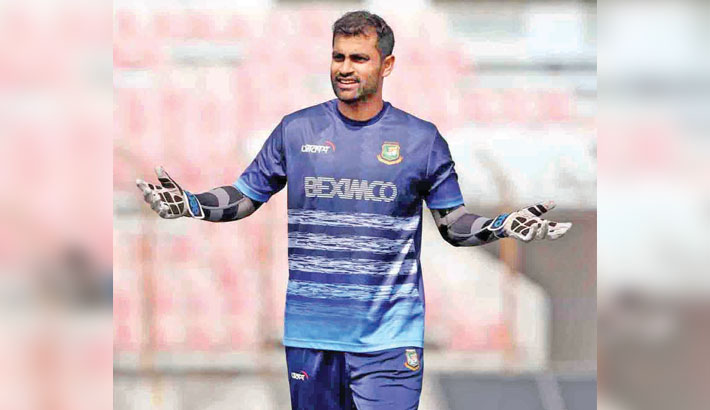 Bangladesh ODI skipper Tamim Iqbal’s recent decision of skipping the three-match T20I series against New Zealand raised many eyebrows. Although the 32-year cited personal reasons behind his taking such a decision in the middle of the tour, there were talks regarding the veteran’s willingness to continue this format for Bangladesh after his strike-rate in shorter-format in recent years came under scrutiny. Tamim, who arrived in Bangladesh after the conclusion of their ODI series against New Zealand, recently has talked to The Daily Sun regarding his future plan with the national team, his interest in playing this year’s World T20 in India and few other issues.

The Daily Sun: There is a lot of speculation going around as you insisted in a recent interview that you want to quit a format? What’s your saying on that?

What I want to say is that the same thing is for me. If I feel now or after six months or a year or after two years, whenever I feel that I have to let one format go, I will quit one format. I did not give any indication as I said it can be ODI, Test or T20I anything.

The Daily Sun: Which format are you planning to quit?

Tamim Iqbal: I will play those two formats where I can contribute to the team and let that format go where I feel that I have nothing much to give. If anyone says that I indicate anything he can say but I never said about any format I want to retire. There is no reason to see it in a bad way. We aren’t mentally ready to hear such things. Whenever someone says that he won't play in a certain format, we take it very negatively.

The Daily Sun: You came back from New Zealand midway skipping the T20Is? People are thinking that probably you are leaving T20I? Is it the same?

Tamim Iqbal: No, no, not at all (T20I isn’t out of my mind). I have all in my minds on how I want to have my cricketing career and how I would like it to shape. I know which format I want to leave early and which format I want to leave later. I know everything and I don’t think that I have to disclose everything to everyone. When I feel that I have to let this format go to prolong the other two formats, I will not push myself and carry on with that.

The Daily Sun: So, the next T20 World Cup is very much in your mind?