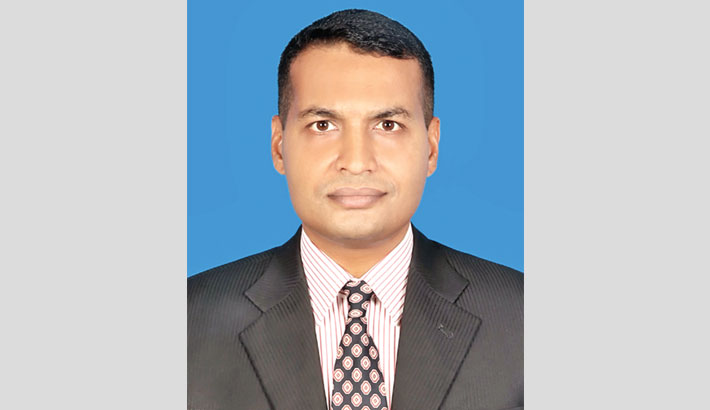 The Republic of Singapore is an island city-state in Southeast Asia. It lies at the southern tip of the Malay Peninsula. The name originated from Malay language which means Lion City. Singapore is also referred to as Garden City for its natural beauty. Stamford Raffles founded colonial Singapore in 1819 as a trading post of the British East India Company. It became a sovereign nation in 1965. Singapore's territory consists of one main island along with 62 other islets. Since independence, extensive land reclamation has increased its total size. It is ranked highly in the Human Development Index, GDP per capita, education, healthcare, life expectancy, quality of life, personal safety and housing. Singapore has a tropical rainforest climate with no distinctive seasons. Monsoon season prevails from November to January. Official languages of Singapore are English, Malay, Mandarin Chinese and Tamil.

The nation developed rapidly as an Asian Tiger economy, based on external trade and its workforce. Singapore is a global commerce, finance and transport hub. Its Changi Airport is an aviation centre for Southeast Asia. The port of Singapore is the world’s busiest in respect of handling transhipment traffic and refuelling.

I was travelling to Singapore from Penang City of Malaysia by a double-decker bus. These buses continually strive to bring top service with luxury, air-conditioning and on-seat entertainment. On board toilets, reclining seats and top class cleanliness are notable. The bus took short breaks in a few designated places. We reached the border and crossed the Johor–Singapore Causeway. This causeway links the city of Johor Bahru in Malaysia across the Straits of Johor to the town of Woodlands in Singapore. Rail, road and water pipeline connecting the two states pass through this causeway. It is the busiest border crossing in the world. We completed passport formalities at the check posts. 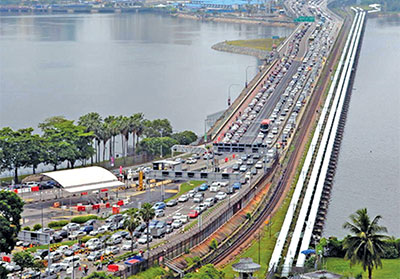 Finally the night journey came to an end when the bus dropped me at Lavender Street. The journey was around seven hours. I exchanged the currency in a shop. The currency of Singapore is the Singapore dollar. There are many hotels and restaurants around. Taking little rest after breakfast in a nearby hotel, I started my city tour. My first destination was Mustafa centre which was within walking distance.  On the way I crossed Tai hoe hotel, a few skyscrapers and road junctions. Surprisingly, it was the day of Eid Ul Adha of 2011. The celebration is also locally known as Hari Raya Haji. This day is observed as a public holiday here. I said my Eid prayer in the Masjid Angullia adjacent to Mustafa centre. The two-storey mosque was first built by the late merchant and philanthropist Mohammad Salleh Eusoff Angullia in 1890. Here animal slaughtering takes place in a fixed designated place.

Mustafa Centre is one of Singapore's 24-hour shopping malls on Syed Alwi Road in Little India. It is a retail hub attracting many shoppers with its wide variety of products and services. I visited the Mustafa department store. They sell jewellery, household appliances, books, DVDs, watches, electronic goods, toys, footwear and clothing at low prices. The centre is also a great place to buy gifts and souvenirs. There is a vast assortment of Indian and other Asian specialty goods including saris and spices.  The only restaurant within the centre is Mustafa Cafe. It offers a mix of Western and Asian food. Just across the Mustafa Centre I saw many south Asian restaurants. They sell fast foods, Indian cuisine, biryani, tea or coffee.

As Singapore is a small island with a high population density, the number of private cars on the road is restricted to curb pollution and congestion. Car buyers must pay for much higher duties than the vehicle's market value. I also marked electronic road pricing gantry signs at a few roads here. This system introduced electronic toll collection, electronic detection and video surveillance technology. Taxis are a popular form of public transport as the fares are relatively cheap compared to many other developed countries. Singapore is a first world country and it is projected in the lifestyle of general mass.

After a while I reached the nearby metro station at Farrer Park. Here the ticket purchasing system is fully automated and the metro maintains strict timing. I purchased a ticket and travelled to Sentosa Island. Sentosa is a popular island resort located in southern coast. The name Sentosa in Malay means "peace and tranquillity". Again it may derive from the Sanskrit term Santosha meaning "contentment or satisfaction". Sentosa can be reached from the Singapore mainland via cable car, express monorail and MRT. The metro dropped me at Harbourfront Station. Vivo City Mall is attached to the station. Entrance to the Sentosa Express Monorail Station is at its third floor. I bought a Sentosa Pass which covers a round trip journey and unlimited use of the Sentosa Express around the island for the day. The monorail has three Stations inside Sentosa Island. I got down in Waterfront Station. Resorts World Sentosa is just adjacent to this. It houses adventure cove, waterpark, casino, aquarium, trick eye museum and theme park Universal Studios Singapore. The studio features many awesome rides, shows and attractions located in seven unique themed zones surrounding a lagoon. The zones are named New York, Sci-Fi City, Ancient Egypt, the Lost World, Far Far Away, Hollywood and Madagascar. Each zone's layout, architecture, ride and restaurants are prepared based on their theme. Hollywood is the main entrance area of the park. It also has a Hollywood walk of fame. The rotating globe is located at the entrance. I found many visitors were taking pictures in front of it. Anyone can enjoy their favourite movies and TV shows here. After that I visited the Butterfly Park and the Insect Kingdom. Macaw parrots in the bird park attracted me mostly. They have a diversity of colour and can imitate human voice. Many people were thrilled taking them on their shoulders.

Little away from this place I saw the iconic and legendary mythical creature Merlion. Many tourists feel Singapore vacation would be incomplete without posing with it. It is the national symbol of the country. The 37-meter tall half lion, half fish creature is considered to be a guardian of prosperity in Singapore. Anyone can get up and venture into the Merlion’s mouth and look out at the sea. From its crown breathtaking panoramic views of the sea can be enjoyed.

From there I followed the elevated boardwalk to reach the beach area. It was once the monorail's track. Along this way I saw various species of flora and fauna that are unique to this landscape. Sentosa has a stretch of sheltered white sand beach of more than two km on its southern coast. The beach is divided into three segments. These beaches are artificially reclaimed using sand bought from Indonesia and Malaysia. I found a few kids playing with sand and constructing interesting structures. Here lies a beachfront complex with a pool, wave rides and bars. The British set up large-calibre gun fortifications at various points along the island. They also built Fort Siloso in the 1880s to guard the narrow western entrance. During the Second World War, this island was a British military fortress. Anyone can have a stunning panoramic view of the city from the tall Tiger Sky Tower observation tower.

The island has an area close to 5 sq km. Here tourists can also enjoy cruises at yacht, Madame Tussauds chain of attractions, viewing galleries, souvenir shop, Marine Life Park and Southeast Asia's first four-dimensional theatre. Sentosa is a recreational getaway filled with thrill, entertainment, luxury and slew of fun activities. Many parts of Sentosa still retain her original tranquil and lush environment with many heritage trees. Within Sentosa there are three bus services.  There are several hotels and resorts in Sentosa for accommodations. There's something for everyone in Sentosa.

After spending almost 4 hours I left this place. From the nearby bus station I travelled by bus to my next destination Chinatown station at Pagoda Street. This street has always been very popular and packed with tourists the whole day. Chinatown was home to the Chinese migrants who drove Singapore's economy in the British colonial period. Narrow streets, alleys, two-storey shop houses, red lanterns and overhead banners have become its characteristics. Most places were beautifully lit using Chinese traditional lanterns. Traditional clothes, antiques, Chinese tea, herbal medicine, lanterns, drama masks, Chinese handicrafts, bags, souvenir items and shoes are available here. Chinese music played in many shops created a startling environment. The shopkeepers and servers were found convivial. Here things are comparatively cheap. I bought a few souvenirs, clothes, tea and medication balls from there. This place is home to some of the best restaurants in the city. After an exhausting stroll, I enjoyed authentic Chinese Chicken Noodle Soup and Citron Juice. I noticed most bottled water was imported from Malaysia. The country conducts seawater desalination to reduce dependence on water import. A nearby dancing fountain attracted my attention. By then the sun has set. I returned to Mustafa centre and had my dinner in a nearby Indian hotel. On my way to the hotel I noticed a specialty of night life. Here most people enjoy time in night clubs or bars.

Besides, Marina Bay Sands is an icon of Singapore and features three cascading hotel towers topped by an extraordinary sky park. Again, the Singapore Flyer is one of the world’s largest observation wheels to witness the skyline. Singapore also promotes itself as a medical tourism hub. Many foreigners seek medical care each year. However, despite its small size, Singapore attracts tourists by its diversity of cultures, trade opportunity, cuisine, natural beauty, modern lifestyle and amenities.

The writer is a civil Engineer and a serving Military Officer.