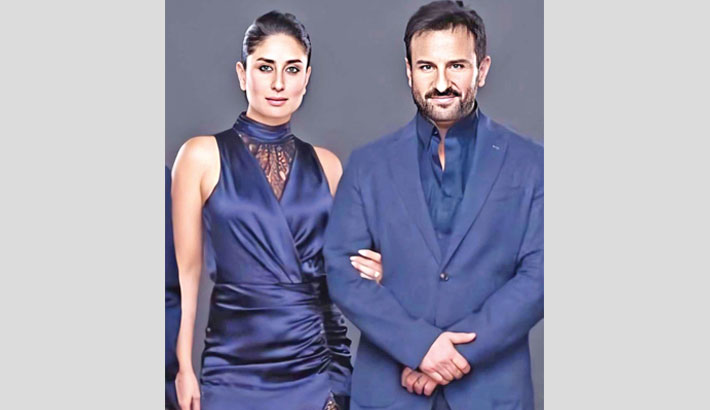 Kareena Kapoor and Saif ALi Khan have been blessed with a baby boy. Kareena was admitted to the Breach Candy Hospital, Mumbai, on Saturday night. They welcomed their second son on Sunday, February 21, reports News 18.

Kareena's father, veteran actor Randhir Kapoor confirmed the same to Quint. “Yes, Kareena has given birth to a baby boy on Sunday morning. We are overjoyed. Both the mother and baby are doing well. We are at Breach Candy hospital,” he said.

In an earlier interview with Times Now Digital, Kareena had talked about being calmer during her second pregnancy. She said, "I guess I am more prepared and confident this time around. I was quite nervous and jittery since I was going to turn a mother for the first time. This time around, I am way calmer and thankfully, I am not going berserk yet."

Like the first time in 2016, Kareena continued to work through her pregnancy this time around to, From wrapping Laal Singh Chaddha to an ad with Karisma Kapoor and photoshoots, Kareena accomplished a lot during her pregnancy.

Kareena and Saif announced their pregnancy on August 12, 2020 with a statement. A statement from their spokesperson said, "We are very pleased to announce that we are expecting an addition to our family !!Thank you to all our well wishers for all their love and support."

On the work front, Kareena will be next seen in Advait Chandan's Laal Singh Chaddha and Karan Johar's Takht. Saif, who is currently on paternity leave, will next shoot Om Raut's Adipurush with Prabhas. He will also be seen in Bhoot Police.