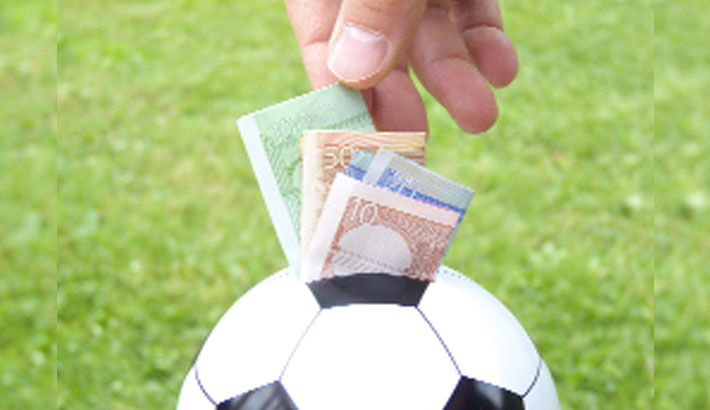 The allegations of match-fixing and online betting against the country’s two top-tier football outfits rang a new warning bell for Bangladesh football.

Arambagh Krira Sangha and Brothers Union were asked for explanations by the Bangladesh Football Federation Fixed Match Detection Committee as they found some suspicious activities from both sides during their five matches of the ongoing Bangladesh Premier League.

Several football clubs have already been facing hard situations due to two big crises within the last 18 months -- the casino scandal and COVID-19.

Arambagh and Brothers are prime targets for match-fixing and online betting as they are yet to be stable financially. Both Brothers and Arambagh are placed in the bottom in the 13-team BPL with both earning just one point after playing eight and nine matches respectively.

The football organisers felt the country’s domestic football would suffer a serious image crisis if these allegations came out true.

The prominent football organiser and President of the country’s top tier football club Bashundhara Kings, Imrul Hassan, believed raising consciousness among the football community might be an initial way to tackle these threats.

“We are well known that the globe cricket has been suffering these crises -- match-fixing and online betting but it is new in our football,” Imrul said on Sunday.

“It is more frightening as these dealings are based online. We can't trace the actual culprits. I think we should raise consciousness among the football community and it might be an initial way to tackle these threats.

“The clubs have to be more conscious and should monitor their respective players, coaches, officials and others strongly. The federation and the concerned authority should implement laws with zero tolerance.

Saif Sporting Club General Secretary Mahbubur Rahman Sumon said that match-fixing and online betting would destroy the integrity of football as well as sporting spirits among the players, coaches.

“The present issues like match-fixing or online betting will destroy the integrity of football as well as sporting spirits among the players and coaches. We should not take it lightly,” he said.

“Also, it can't be the proper way of incomes for sporting clubs. We should take some serious measures to stop these crimes here at this moment,” Sumon added.

“The committee is investigating. The punishments will be decided after their allegations are being proved.

“FIFA, AFC secretly monitored all domestic events of its member associations. I don't know how they do this. But if they get anything suspicious, they inform the concerned authority to investigate the incidents. I can just say we are investigating these in proper ways,” he added.