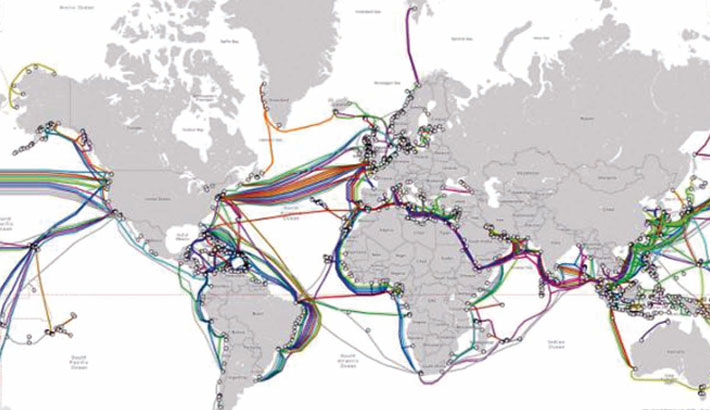 China has been working on a digital version of its physical Silk Road initiative through the involvement of various innovation action plans for e-commerce, digital economy, smart cities, and science and technology parks for empowering regional economies.

This Digital Silk Road, a road in cyberspace, is part of BRI that focuses on gathering and sharing of big data among associate countries for human welfare while making the research organization of the geospatial sciences and innovation.

The setup of the Digital Silk Road will require infrastructure and building partnerships among the associate countries.

Chinese Internet companies are quickly expanding their businesses into Europe and aligning with the advanced digital Silk Road objectives, like more trades and connectivity between the two landmasses — Asia and Europe.

Chinese web organizations focus on profiting from 1.1 billion Internet clients in both China and the EU through more extensive and advanced collaboration, building a stage upon which to establish common trust and a win-win vision.

China Unicom, China Mobile and China Telecom are planning to invest 180 billion US dollar into world’s largest 5G mobile infrastructure over the next few years.

China's Huawei has turned into the world's biggest media communication producer and has begun to infiltrate Europe and Canada, with its eyes now on the US,  WeChat of  Tencent has exploded into the interpersonal organization scene.

China’s endeavor to come out as a global pioneer in fulfilling the universal monetary demand for investment not only connects the businesses between Sino territory and other countries tightly but also results in a win-win situation for every country it is aligned with.

A recent study predicts that China will overtake the US as the world's largest economy by 2030. China is building a participatory arrangement for various countries across the continents through establishing the ‘Belt and Road Initiative’ (BRI).

BRI aims at improving China’s “connectivity” with the rest of the world by investing in substantial transportation and required infrastructure in associate countries.

The platform was launched with an investment worth of 40 billion US dollar in 2014 — based on the country’s foreign exchange reserves — and thereby, holds plenty of financial muscle. It is a multifaceted economic, diplomatic and geopolitical undertaking with two primary parts.

First is, the silk road economic belt that stretches through the Central Asia to Europe, and secondly, the twenty first century maritime silk road, which goes through Southeast Asia, Africa, and Europe.

BRI, as anticipated, will let China gain secure as well as constant access to economies along with the establishment of new business relationships with Chinese companies.

Following the investment-led development models, BRI mainly focuses on the worldwide logical association for advancing trade, science, scholarly and innovative advancements, training and global participation as well as joint efforts towards Digital Earth, boosted and driven by the International Society for Digital Earth.

At this moment, everyone's eyes are on the East because new thoughts are being defined and mechanical advancements are being created there. Facebook, Google, Amazon, GE and any organization with an advanced methodology are likely searching the East for their next immense thought.

These days, being innovative, Chinese digital companies are expanding both its business and operations beyond its regular territory, for example, the advanced economy, human-made brainpower, nanotechnology and quantum registering. The drivers behind their critical improvement include innovation and expense.

Two of China's giant online business – Alibaba and JD.com – have authoritatively hoped to associate their overall improvement to Digital Silk Road. The JD.com plans to set up more than 20 abroad offices to store and trade with more than 100 countries including those related to the Belt and Road project. On the other hand, Alibaba plans to penetrate the markets in Russia, Central Asia, and Southeast Asia.

Alibaba Cloud, China's largest distributed computing supplier, reported that it would build up into a mostly scalable server to pursuits neighboring and provincial endeavors with adaptable and savvy cloud capacities. Alibaba Cloud will work worldwide to support the business and transaction of the Chinese companies overseas to facilitate the Belt and Road Initiative.

As the Digital Silk Road Initiative is set to push abroad ventures higher than ever, China ought to build up its hold on its expansion in elsewhere, utilising its vast capacity supported by BRI. In this regard, understanding the extensive reach and potential of Digital Silk Road, Bangladesh and China should be working for each other’s investment advancement.

In 2016, Bangladesh officially joined the Chinese Belt and Road Initiative. Recently China has promised for colossal investment (60 billion Yuan) and strengthened its relations with Bangladesh under the broader framework of BRI which is expected to grow even more.

With proper policy co-ordination, Bangladesh can cooperate with China in Digital Silk Road initiative that will mainly expedite its progress to achieve the goals of Digital Bangladesh – a vision to digitalize Bangladesh by building an ICT based society.