Erdogan seeks ‘win-win’ relationship with US 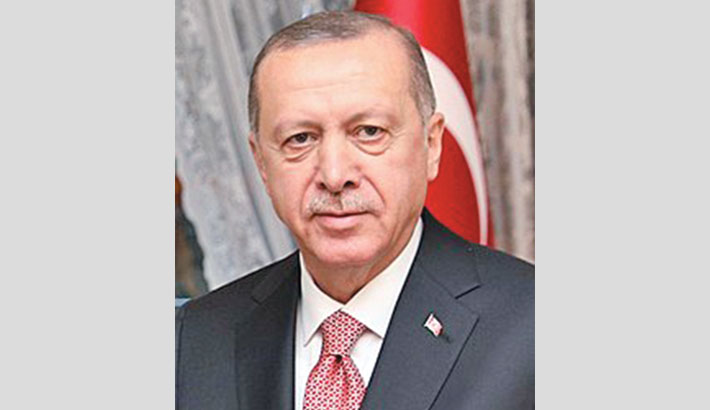 ANKARA: Turkish President Recep Tayyip Erdogan said on Saturday that he wants to forge a “win-win” relationship with the United States, to end years of fractious ties between the NATO allies, reports AFP.

The Turkish leader stressed that “the common interests of Turkey and the United States outweigh the differences”.

In comments released by the presidency in a video on Twitter, Erdogan said “we hope to reinforce our cooperation with the new American administration on a win-win basis”.

Turkey had greeted the election of US President Joe Biden with some suspicion, fearing a hardening of the American stance towards Turkey on several issues.

Those statements were in line with Biden’s vow to put a new priority on the promotion of democracy, but the United States and Turkey have plenty of other disputes likely to exacerbate tensions.

Erdogan defiantly bought Russia’s advanced S-400 missile system, brushing aside warnings that it was jeopardising its role in the NATO alliance, leading the then US President Donald Trump to impose sanctions on the Turkish defence industry.

And a New York court will in May start a trial of Turkey’s state-run Halkbank over allegedly evading sanctions on Iran, potentially inflicting a heavy economic blow on Turkey.

On Monday, Turkey accused the United States of supporting “terrorists” and summoned its ambassador after Washington declined to immediately back Ankara’s claim that Kurdish militants had executed 13 Turkish nationals in Iraq.

Washington sought to defuse the diplomatic row by saying later Monday that it accepted Ankara’s claim that PKK Kurdish “terrorists” had executed the 13 Turks in Iraq.

“We expect a clear attitude from all our allies after the cowardly terrorist attack which claimed the lives of our 13 nationals,” Erdogan said late Saturday.

The PKK has for decades used Iraq’s mountainous areas as a springboard for its insurgency against the Turkish state.

Both Washington and Ankara view the PKK as a terrorist organisation but the US also backs a Kurdish militia in neighbouring Syria in the conflict against President Bashar al-Assad.

This provides another source of tension between Turkey and the United States.