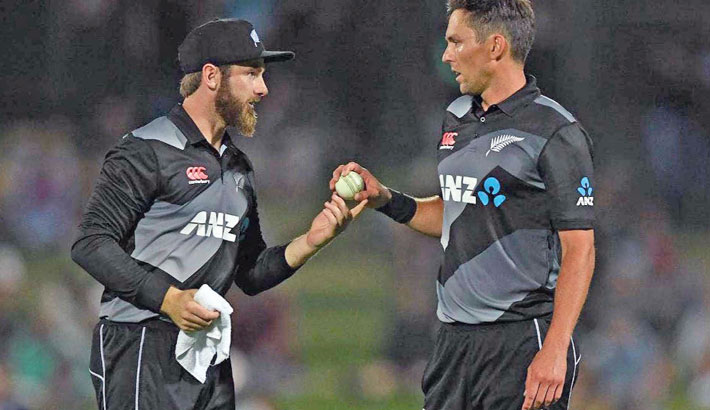 Kane Williamson, Trent Boult and several other New Zealand players, who are IPL-bound next month, are likely to miss their home series against Bangladesh, reports stuff.co.nz.

A total of 20 New Zealanders entered in Thursday’s IPL player auction in Chennai and NZC Chief Executive David White hinted that they won’t block its stars’ full participation in the tournament even if it means they miss the end of the Black Caps’ home season and the first England test at Lord’s.

“NZC will take a pragmatic approach as these fixtures are a late addition to the schedule. We will work through the decision in conjunction with the players,” said White.

The Black Caps’ top earners Williamson and Boult collect in the vicinity of $400,000 from their NZC annual retainers and match payments, with their IPL salaries reportedly upwards of $500,000.

White said it wasn’t yet confirmed when the New Zealand contingent would need to join their IPL franchises next month.

Depending on bio-security arrangements it may be mid-to-late March, which means they would miss the three Bangladesh Twenty20 internationals on March 28, 30 and April 1, and potentially the three ODIs beforehand (March 20-26).

“We are still awaiting advice as to when the IPL will start and what the MIQ protocols will be but will take a pragmatic approach in the event of any clash,” White said.