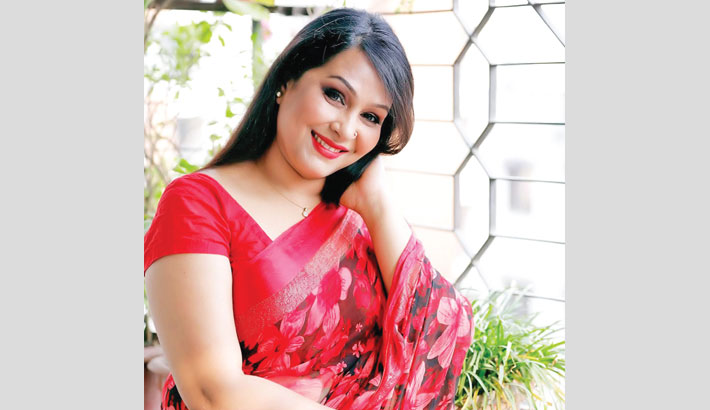 Dinat Jahan Munni, one of the popular singers of the country, has impressed audiences with her melodious voice for years. After a two-year hiatus, the singer has released her new song 'Karnishe Roz Ekti Pakhi' for Valentine's Day.

The song was published on Munni's official YouTube channel on Friday. The single has been penned by lyricist Kabir Bakul, while music composed by SI Tutul and arranged by Emon Chowdhury.

About the song, Munni said, "This is the first song for my YouTube channel. National Film Award-winning lyricist, composer and musician have collaborated on this song. I'm grateful to them and very much satisfied to lend my voice to this song. I hope everyone will like it.”

Apart from this, Munni has also lent her voice to a duet track 'Moner Tulite' with Khaled Munna. Written by Paritosh Baroi and music composed by Khaled Munna, the song will be released on Valentine's Day.