Implication of ICC’s Decision to Investigate War Crime in Palestine 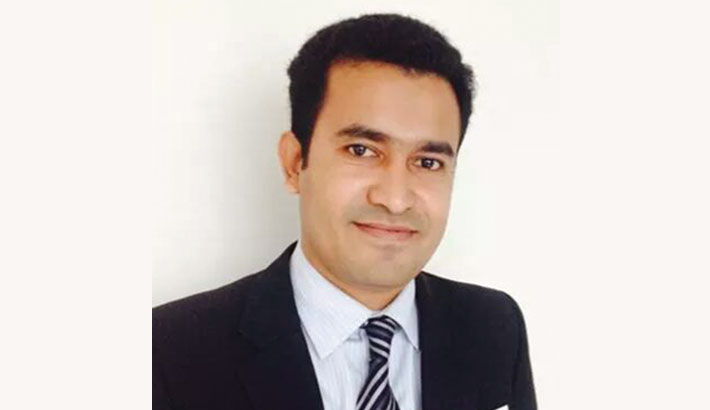 It was a historical decision in the International law and for the globe that the International Criminal Court (ICC) Pre-Trial Chamber-1 has taken decision to investigate ‘the situation in the state of Palestine’ about the war crimes in the territory of Palestine. The ICC treaty officially went into effect for Palestine on April 1, 2015. The court has clearly decided this gives it jurisdiction over the territory occupied by Israel since 1967, namely Gaza and the West Bank, including East Jerusalem. On January 1, 2015, the Government of Palestine lodged a declaration under Article 12(3) of the Rome Statute accepting the jurisdiction of the International Criminal Court (ICC) over alleged crimes committed "in the occupied Palestinian territory, including East Jerusalem, since June 13, 2014".

On May 22, 2018, Palestinian foreign minister Riyad al-Maliki referred the “Situation in Palestine” to the Prosecutor, requesting that the ICC prosecutor “investigate, in accordance with the temporal jurisdiction of the Court, past, ongoing and future crimes within the court’s jurisdiction, committed in all parts of the territory of the State of Palestine.”

On December 20, 2019, the Prosecutor announced that following a thorough, independent and objective assessment of all reliable information available to the Office, the preliminary examination into the Situation in Palestine has concluded with the determination that all the statutory criteria under the Rome Statute for the opening of an investigation have been met. Pre-Trial Chamber-I examined the Prosecutor's request as well as the submissions of other States, organisations and scholars who participated as amicus curiae and groups of victims.

On February 5, 2021, Pre-Trial Chamber-I of the International Criminal Court (ICC) decided, by majority (dissenting by one Judge) that the Court's territorial jurisdiction in the Situation in Palestine, a State party to the ICC Rome Statute, extends to the territories occupied by Israel since 1967, namely Gaza and the West Bank, including East Jerusalem. The ICC states that “therefore, in the view of the Chamber, the right to self-determination amounts to an ‘internationally recognised human [right]’ within the meaning of Article 21(3) of the Statute. The Chamber also notes that the United Nations General Assembly and the International Court of Justice have affirmed that this right finds application in relation to the Occupied Palestinian Territory. [Verdict of ICC, P-55]” Pre-Trial Chamber-I also noted in the decision that, among similarly worded resolutions, the General Assembly of the United Nations in Resolution 67/19 "reaffirmed the right of the Palestinian people to self-determination and to independence in their State of Palestine on the Palestinian territory occupied since 1967".

During negotiations over the Rome Statute, which was adopted in 1998, some states supported endowing the ICC with universal jurisdiction. This approach was ultimately rejected. Member states instead agreed on a narrower approach, basing the court’s jurisdiction on state sovereignty and consent. In other words, the court acquires jurisdiction only when state parties delegate situations clearly falling under their own jurisdiction to the court.

Israel published its own position on this matter in March, 2020, stating that the ICC does not possess territorial jurisdiction because “Palestine” cannot be considered a state, mainly due to its lack of effective control over the territory it claims. The Palestinians submitted their position to the court on March 16, 2020, pointing out the large number of countries and international organisations for which Palestine is a state, and noting the need for the ICC to rule on its jurisdiction in accordance with the purpose of its founding statute. The prosecutor’s determination that Palestine met the bar for statehood under international law attempted to navigate the challenges presented to the Palestinian claim by the objective criteria for statehood set by the Montevideo Convention on the Rights and Duties of States.

From the history of the world we know, under international law, an existing and recognised state that became totally occupied would retain its status as a state. Kuwait under Iraqi occupation in 1990 is a recent example, and a newly independent state may be recognised in borders exceeding the territory it effectively controls on the date of independence. Guinea-Bissau was widely recognised as an independent state in 1973, although at the time the liberation movement claiming statehood controlled only part of the territory. Foreign occupation and independent government are mutually exclusive categories. The claim that Palestine is an independent state in the “Occupied Palestinian Territories” is thus an international law oxymoron.

In last few years, many international rights based organisations have called on the ICC prosecution to pursue a formal Palestine investigation given strong evidence that serious crimes have been committed there. The grave nature of many of the violations and the pervasive climate of impunity for those crimes make an ICC investigation necessary. (Human Rights Watch website) The ICC, a court of last resort, can step in only when national authorities cannot or do not genuinely pursue cases, as the Office of the Prosecutor found in this case.

For over 50 years, Israeli governments have transferred their citizens into the Occupied Palestinian Territory, even though such transfers to occupied territories are unlawful under international humanitarian law. The ICC treaty classifies as a war crime an occupying power’s transfer of its own civilians “directly or indirectly” into territory it occupies. During the 2014 hostilities in Gaza that killed more than 1,500 civilians in the Gaza Strip. Israeli forces carried out many of these attacks, which also damaged hospitals and other critical infrastructures, and destroyed the homes of more than 100,000 Palestinians.

According to the International Court of Justice, the right to self-determination is owed  ‘Erga omnes’, and ‘as a fundamental human right, this right has a broad scope of application’.  To consider Palestine a State within the meaning of the Rome Statute, the Judges interpret that the United Nations Secretary General currently follows the determination of the United Nations General Assembly, which adopted Resolution 67/19 on December 4, 2012, reaffirming therein ‘the right of the Palestinian people to self-determination and to independence in their State’ and according Palestine a ‘non-member observer State status in the United Nations’. Palestine signed the Statute as a State and many countries and international organisations recognised Palestine as a State. This decision reconfirms Palestine an independent State and their struggle for self-determination is widely recognised by the ICC through this decision. It’s a great achievement to establish human rights, self-government and control over the territory of the State.

The Judgment will certainly keep some efficacious roles on Israel. It should be noted that the current context is one of a constitutional crisis between the executive branch, with a Prime Minister who is the target of several indictments, and a Parliament that until recently was unable to assemble, officially because of Covid-19 in Israel. It is a country without a government other than a transitional one since the elections of April 2019.  In this context, the effects of the ICC Prosecutor’s statement have faded somewhat at least in the public eye.

Lastly the Judges state it clearly that “in particular, by ruling on the territorial scope of its jurisdiction, the Chamber is neither adjudicating a border dispute under international law nor prejudging the question of any future borders.” [ICC Verdict, Para-113] Finally the ICC Chamber-1 for Pre-Trial concludes the historical Judgment stating that “the Court’s territorial jurisdiction in the Situation in Palestine extends to the territories occupied by Israel since 1967 on the basis of the relevant indications arising from Palestine’s accession to the Statute is consistent with the right to self-determination.” [ICC Verdict, Pp-55-6] It’s once again an eventual achievement of ICC to determine the situation of Palestine, especially in the occupied area, investigating war crimes to root out serious pressure and non-cooperation in all ongoing processes of ICC.