Limited number of spectators to be allowed 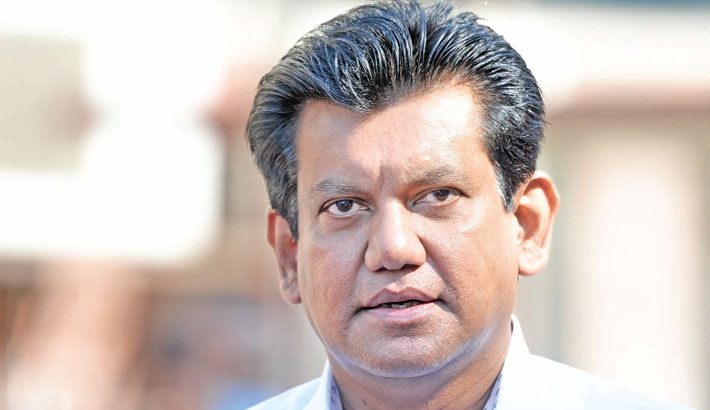 Bangladesh Cricket Board (BCB) officials hinted that they are expecting to accommodate limited number of spectators in the gallery in the upcoming Bangabandhu T20 Cup.

No spectators were allowed in the just concluded three-team 50-over tournament, BCB President Cup, but according to BCB Chief Executive Nizamuddin Chowdhury that might not be the case in the forthcoming T20 tournament which will be played between five corporate houses. Bangladesh Football Federation (BFF) decided to allow few spectators in the upcoming FIFA tier-1 international friendlies between Bangladesh and Nepal rather than having empty stadiums.

The matches will be held at Bangabandhu National Stadium in the capital on November 13 and November 17 respectively.

BCB can take confidence from the move taken by BFF and are hoping that they can also follow suit during the tournament, scheduled from third week of November.

“Till now according to the guideline we have received from the government, there are some reservations regarding crowds coming to the stadium to watch matches. But still we will discuss it with the government in this regard. If it is possible and if it is permitted during that point of time, we will try to do that,” Nizamuddin Chowdhury told reporters on Tuesday.

BCB President’s Cup, the first competitive cricket tournament in Bangladesh, since the coronavirus pandemic, ended without any trouble as Mahmudullah XI clinched the championship after beating Nazmul XI by 7 wickets at Sher-e-Bangla National Cricket Stadium in the capital. BCB considered the three-team 50-over competition involving the top players of the country as a test-run before resuming domestic cricket on a larger scale. They are planning to bring cricket back to the field.

BCB now looks adamant to host the five-team T-20 tournament after successfully completing the President’s Cup under the new-normal environment that includes keeping the cricketers and the members of the team management under the bio-bubble by isolating them in a hotel for the entire length of the tournament. BCB had earlier announced that there will be no Bangladesh Premier League (BPL), the country’s lone franchise-based T20 tournament, this year while they opted to launch the proposed domestic T20 competition as the second step of their resumption plan before bringing domestic cricket on a broader scale across the country. Bangladesh Cricket Board announced on Saturday that the player's draft for the upcoming Bangabandhu T20 Cup which will feature five leading corporate houses of the country, will commence on November 12.

BCB will use the money earned as franchise fee to pay the players. BCB have set four grades of payments. Those in Grade A (Shakib Al Hasan, Tamim Iqbal, Mushfiqur Rahim, Mahmudullah Riyad and Mustafizur Rahman) will get BDT 15 lakh (US $18,000 approx) each.

The T20 tournament will be the second competition to be organized by BCB post the emergence of Covid-19, environment following the three-team 50-over competition, with cricketers and members of the team management placed in a bio-bubble. BCB, meanwhile, is not convinced about hosting the remaining part of DPL, the country's traditional 50-over tournament involving clubs from Dhaka, which is considered to be a major source of income for the majority of cricketers in Bangladesh.

DPL came to an abrupt halt in March after completion of the first round of the tournament. The players involved in it were hoping for some sort of roadmap to resume DPL and the upcoming domestic T20 tournament is a step in that direction taken by the BCB.