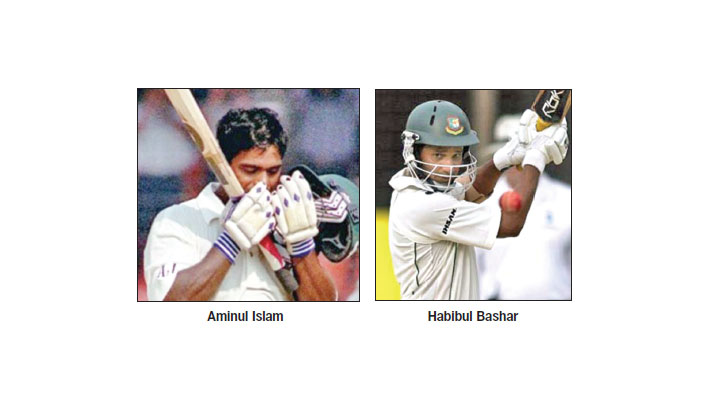 Bangladesh completed 20 years in Test cricket on Tuesday. Despite the sporadic highs, Tigers have largely been unable to prove their mettle in the longest format of the game.

Tigers have so far played 119 Test matches and lost 89 matches, drawn 16 and won only 11 matches. While their track record in white-ball cricket is much better compared to red-ball, it seems Tigers are still in the process of establishing themselves in Test format.

Tiger fans may still have to wait to see their team roaring in Test arena against the big guns as they are not progressing by leaps and bounds.

However, Bangladesh still remembers the day of the inaugural Test as one of their proudest moments in cricket history as 20 years ago they played their maiden Test against India on at Bangabandhu National Stadium (BNS) in the capital in 2000.

The cricketing world celebrated the entry of the newest member in the elite group of cricket playing nation and the hosts surprised everyone by putting up a spirited show and eventually lost to experience more than anything else.

The country stood still on that day when Naimur Rahman Durjoy walked towards the centre of Bangabandhu National Stadium for the toss and that moment will be cherished by his counterpart Sourav Ganguly as well considering it was his first time leading his side in the international arena.

On the first day of that test match, Aminul Islam shared the spotlight with Habibul Bashar and surpassed the wildest dreams of Bangladesh fans.

Bangladesh scored 239 runs on that day by losing 6 wickets while the second day was simply Aminul Islam’s show as he played a brilliant innings of 145 runs and became only the third in cricket history to clinch a ton in the debut match of a nation after Charles Bannerman and Dave Houghton while his sheer determination helped his team put up 400 runs on the board. “It was an exciting time. We had very little idea about this world. We knew about ODI cricket, so a playing XI for us meant having two fast bowlers, three spinners, one wicketkeeper and five batsmen. We reached Dhaka just a few days before the Test match. We just came off a poor tour of Africa, where we were eliminated early from the ICC Knockout tournament in Nairobi,” Bangladesh’s first Test centurion Aminul Islam was quoted in a cricket website on the occasion of 20 years in Test cricket.

“Sumon( Habibul Bashar) was batting like he was playing in DPL (Dhaka Premier Division Cricket League). He was slashing Javagal Srinath over the slips. He was playing (Ajit)] Agarkar comfortably, driving Murali Kartik. I got confidence from him, but I was also a little afraid that he might get out due to playing so many shots. His fluent innings ultimately made it easy for us to reach 400 in the first innings,” he said.

In reply, India put on 429 runs on board. The match could have ended in a draw if Bangladesh could have managed to bat well in the second innings. Tigers were all out for 91 runs and set a mere target of 63 runs for India as they won the match by 9 wickets.

However, more than the result what is still very much deeply rooted in the heart of the cricketers is the celebration of the inaugural Test match.

“It was a celebration. There was a formal opening ceremony which was attended by our Prime Minister and cricketing greats from the past. Representatives from different boards which supported us and even some who didn't also attended,” said Habibul.

“We used to play a few ODIs every year in those days, so we were about to take a big step forward,” he said.

“I played an instinctive knock. I didn't want to listen to all the advice that was coming from every angle. We got a lot of advice at that time: leave the ball, play defensive, bat for six hours. I thought I should play my natural game. I don't regret getting out on 71. I'd have loved to score a century on debut, but I regret missing other centuries later in my career (more). I was quite happy with this knock. It gave me the belief that I can play at this level. It gave me a foundation for my next 49 Tests,” he concluded.