Lack of Basic Civic Amenities for Women in Dhaka City 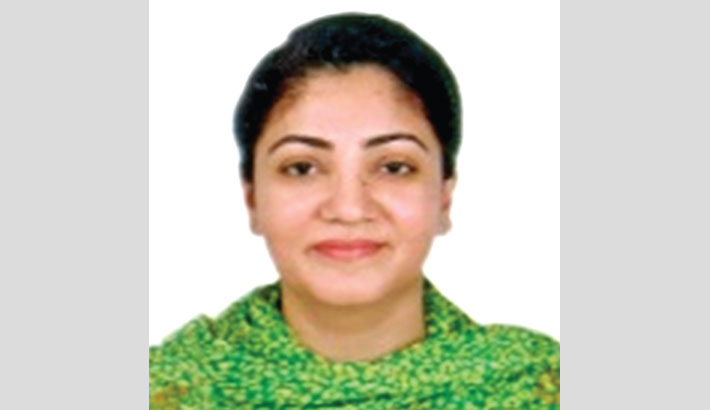 Women in Bangladesh are deprived of having some basic civic amenities, and one of the major embarrassing ones among those is not having proper toilets outside their housing areas. This scenario is more or less prevalent in each urban areas of Bangladesh. Dhaka being the capital also is no exception. Needless to say, the situation in the rest of the metropolis or urban areas in the country is no better in any sense. Infrastructure and amenities of a proper toilet do not require complicated engineering systems nonetheless a clean toilet cannot be easily found even when it is urgent for us, women. Our GDP growth rate is increasing despite the Covid-19 pandemic, and in terms of growth percentage, we are doing better than many of our neighbouring countries. Then again, we still feel that we are living in the ‘Stone-Age’ in terms of finding out a very basic service like a usable ‘public toilet’ specially places like kitchen markets, highways, bus stands, rail stations, etc.

As set by UNDP, having a Proper Sanitation System is one of the major Human Development Indicators (HDI) in any country. This is also a part of calculating a country’s total development status. As ranked by HDI indicators, within 185 countries Bangladesh is placed at 135 in Medium Human Development strata (source: UNDP data 2018). And we are lagging behind our neighbouring countries (i.e.; India, Bhutan). Therefore, it is time to focus more on our human development pointers besides our GDP growth rate.

And in accordance with sustainable development goals (SDGs), goal no 3 indicates about ‘Good Health and Wellbeing’, Goal 11 is about ‘Sustainable Cities and Communities' and Goal 6 is specifically set for ‘Clean Water and Sanitation’. Indicator of Goal 6’s, 6.2.1 is the proportion of population using (a) safely managed sanitation services and (b) a hand-washing facility with soap and water. And by 2030, the goal is to achieve access to adequate and equitable sanitation and hygiene for all and end open defecation. However, our experiences of living in Dhaka city as well as comments from urban planners of Bangladesh conveying a warning that the government might fall short of achieving sustainable development goals (SDGs) unless it prioritises the issue. According to the World Bank, Bangladesh has made significant progress in reducing open defecation, from 34 per cent in 1990 to just one per cent in 2015. However, the current rate of improved sanitation is 61 per cent, growing at only 1.1 percent annually.

Currently, there are 67 public toilets available in the capital. A 2017 study by ActionAid Bangladesh, in association with UK Aid, states that more than 90 per cent of public toilets in the city are unusable. While 91.5 percent were reported unhygienic, 96 per cent of these toilets were unsafe, and 54 per cent of them lacked sanitation facilities. Even though these public toilets are usable, these are very few considering the population of the city.

The problems arising from a lack of usable public toilets affect all irrespective of gender. However, mainly women and girls of every economic status in the city hold their bladder and drink less than body requirement because of not having safe and hygienic toilets when out in the city and outskirt areas. Doctors have warned that holding urination for a long time is one of the major causes of urinary tract infection (UTI). Moreover, poor sanitation is not only linked to transmission of diseases such as cholera, diarrhea but as well as dysentery, hepatitis A, typhoid and polio in accordance with WHO’s information.

City Corporations hold the authority and accountability for Public Toilet Function. Under the Dhaka City Corporation Ordinance, the DCC act provides a clear definition of the roles and responsibilities of the corporation with regard to public toilet function. According to this act, the DCC is solely responsible for the sanitation of the city. In general, removal of refusal from all public latrines and urinals, provide and maintain in sufficient number and in the proper situation, public latrines and urinals for the separate use of each sex. The policy context with regard to public toilets is mainly guided by the National Sanitation Strategy (2005) which provides necessary directives and identifies institutional roles with regard to installation and maintenance of public toilets. The strategy particularly says that “public and community latrines will be set-up by City Corporation/Pourashabha (Municipality) and leased out to private sector for maintenance.”

When we talk about availing a usable toilet, the obvious question that comes to our minds is that do we have the necessary backend system in place to support our demand like the sanitation system-sewerage system? The answer is we actually do not. Having proper and effective, eco-friendly sewerage managing system/s is another constrain that Bangladesh is facing like other poor countries. Almost 80 per cent area of Dhaka city is still beyond the coverage of a sewerage system; there is only one wastewater treatment plant with a capacity of 120,000 m³ per day. About 30% of the population uses conventional septic tanks and another 15% uses bucket and pit latrines, thus exposing the inhabitants concerned to an unhealthy environment.

A major positive step is the acceptance of City Corporation mayors that people are suffering a lot due to the lack of modern and user-friendly standard public toilets and even the existing toilets which are located in different markets are not clean and user-friendly.

In a meeting on May 2, 2019, organised by the daily Bhorer Kagoj and Water aid, DNCC Mayor Atiqul Islam said his city corporation has taken a project under which 53 modern public toilets will be built in areas under his authority. In addition, steps will be taken to turn the existing toilets at city-corporation markets user-friendly and new markets will be forced to ensure modern toilet facilities. He has appreciated the third-party management system for running those toilets. “Without outsourcing of third-party management, it’s impossible to run those alone.” Most importantly he emphasised using CNG and petrol pumps to provide spaces for public toilets and the DNCC will start constructing them. This, in particular, should be taken with utmost priority as it is evident in other countries that all the pump stations have the toilet facilities and are managed well.

At the same meeting, DSCC Mayor Sayeed Khokon mentioned that his city corporation will hand over the management of commercials on LED-screen billboards to selected NGOs so that they can operate modern toilets by the income from the rent of those screens. Dhaka WASA Managing Director Taqsem A Khan said if city corporations come up with projects to build modern and standard toilets, WASA will provide support by providing supply water to those toilets at household rate instead of commercial.

These are signals of progress that we have been promised by our city corporations and WASA heads. Unfortunately keeping in mind all those promises by our mayors, we STILL have difficulty believing that we will get decent toilets in at least in each CNG station in the near future in Dhaka! Moreover, if functional toilets are constructed, (which exist but remain locked for general people) then the maintenance will become a major issue due to the lack of coordination between public and private management systems. As we all know that onsite monitoring is very much absent due to the lack of coordination of the relevant authorities.

Returning to the primary issue, it is mentionable that our GDP growth is increasing in the face of the Covid-19. But we are still lagging behind to have the basic amenities like lack of public toilets in the capital of the country. Is it not a major concern for all of us and for our future generations? In that case, can we please have or expect a specific timeline to be provided with a decent toilet when we are outside and where our hygiene and safety are ensured, specially keeping the women in mind? Should we not focus on our Human Development Indicators as well to set an example of being a positive and thoughtful nation? Leave these questions to our relevant authorities.

The writer is a social development worker and working in PKSF-SEIP Project as Deputy Project Coordinator.