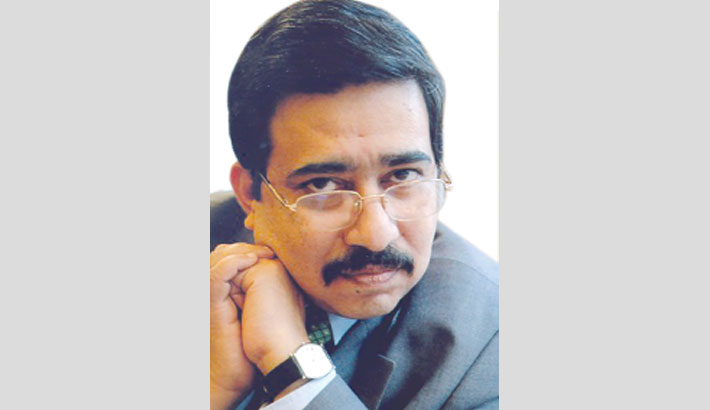 Bangladesh in every possibility will get into the next trajectory of graduation from LDC status from next year. A World Bank executive in charge of helping the countries post LDC graduation was sharing some thoughts after the visit last year. According to the person Bangladesh government seniors want to graduate from LDC as honourable Prime Minister wants this to happen and wants to see Bangladesh even a developed country by 2041. However, if not all, a large portion of the government seniors- secretaries or ministers, want Bangladesh to keep on enjoying all the preferential treatments it had been enjoying as an LDC.

So, the natural question came up for corridor discussions was- what is the cost of LDC graduation for Bangladesh? It is being usually thought a lot of loans at concessional rates and preferential treatments we receive against our exports are likely to cease after we graduate into a developing country, if not instantly at least gradually. Aid flows will be more based on stricter need assessment and adherence to minimum acceptable compliance requirements.

On the other hand, there are also discussions: a country that could dare to finance a large Padma bridge and are competing with most of the developing countries like India, Vietnam, Pakistan, Sri Lanka and Indonesia with regard to apparel exports and survive should also be prepared to absorb the opportunity cost for LDC graduation. As our former finance minister repeatedly mentioned in the parliament- today, tomorrow or day after Bangladesh has to stand up on its own, hence the country after so many years of independence and more importantly with a more or less enviable GDP growth should do a ‘deep-dive’ assessment of the impact and cost of graduation into a developing country. Analysts were talking of a USD 7 billion loss in export earnings after graduation to a developing country in 2024. According to the analysis put forward by our planning commission- the country could lose the export market, especially in the European Union (EU), Canada, Australia, Japan, India and China.

It might also be deprived of the concessional loan benefit from the multilateral and bilateral development partners after its graduation from an LDC category. These projections were made at the newly framed Perspective Plan 2021-2041.

General Economics Division (GED) at the planning commission prepared the vision paper where Bangladesh wants to be a developed nation by 2041.

Based on the simulation results from the global dynamic general equilibrium model, the plan mentioned the loss of preferences in the markets like EU, Canada, Australia, Japan, India and China in 2024 might lead to an annual reduction in the total exports by 11 per cent or equivalent to around USD 7 billion given the current projection of export growth.

It also mentioned although the graduation as non-LDC would improve the country's image and rating for attracting foreign direct investments, there will be several risk factors associated with the graduation.

As mentioned earlier the country would lose its preferential trade benefits in the EU market, the largest business destination of the local garment and textile products.

Besides, many of the exemptions of WTO provisions, including the cut in tariff and subsidies, and adherence to the intellectual property rights (especially for the pharmaceutical sector) will no longer be available after 2024, except for the EU, which allowed a transition period up to 2027.

As an LDC, Bangladesh along with its 48 peers currently enjoys duty and quota-free benefits under the EU's Generalized System of Preferences (GSP).

According to the Export Promotion Bureau, Bangladesh earned US$ 18.70 billion, 51 per cent of its total USD 36.6 billion export earnings, from the European markets in the fiscal year 2019-20.

On the other hand, the paper said much of the perspective benefits are not automatic as Bangladesh must work quite a lot to materialise those.

It said though the benefits are not automatic, almost all the possible losses would be automatic as soon as the country graduates from the LDC status.

The paper further stated that Bangladesh must prepare itself over the next seven years to counter or tackle the losses. It also suggested some action plans and policy reforms for tackling the losses and protecting the export growth.

According to the paper, Bangladesh's only option is to go for bilateral negotiations with the EU countries as well as other key trading partners like Canada, Australia, Japan, India and China for getting some preferential treatment.

Besides, the government should launch bilateral negotiations with some regional blocs like the ASEAN for neutralising its possible export losses after graduation to a developing country.

For those negotiations, the country also needed to ensure standard international labour rights and go for trade liberalisation reducing the higher taxes on import products.

It is also apprehended if we continue with our current high tax regime, our trading partners would not be interested to enter into bilateral agreements on offering possible benefits in their markets.

We, of course, need to do an opportunity loss and gain analysis regarding our concessional loans versus loans at commercial rates after graduation, export loss and possible increase through improvement of competitive advantages, skills development and liberation of the regulatory regime. Graduation seems to be a ‘one-way traffic’ for us with our favourable track record so far. Now, the best option would be to be better prepared.