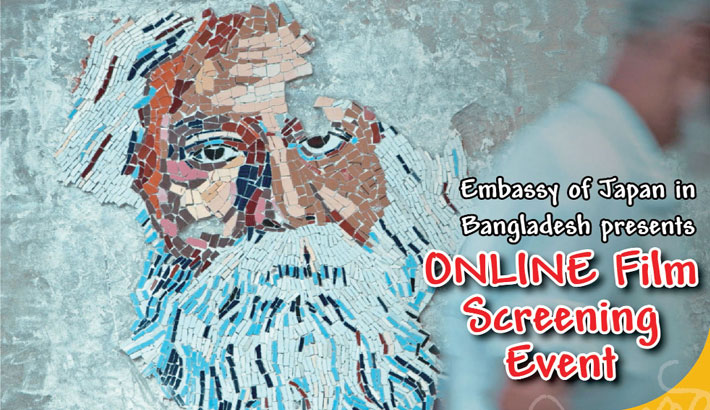 A special online screening of the Japanese documentary film titled ‘Tagore Songs’ was held at the Embassy of Japan in Bangladesh in the capital on Friday.

The day-long event was organised by the Embassy of Japan in Bangladesh in collaboration with Japanese film company Nondelaico.

Directed by Mika Sasaki, the docu-film showcased the lives of people who devoted themselves to Rabindranath Tagore’s ways of sensibilities and philosophy from a unique Japanese perspective.

Ambassador Ito mentioned, “Mika Sasaki is a young and talented filmmaker, who was immensely inspired by one of the most celebrated literary figures in the world in the 20th century, Rabindranath Tagore. Tagore was a great admirer of Japanese art and literature, and his love for Japan has helped forge a great cultural relation between our two countries.’’

Rabindranath Tagore (1861-1941), was the first non-European to win the Nobel Prize in Literature. The great poet visited Japan at least five times.